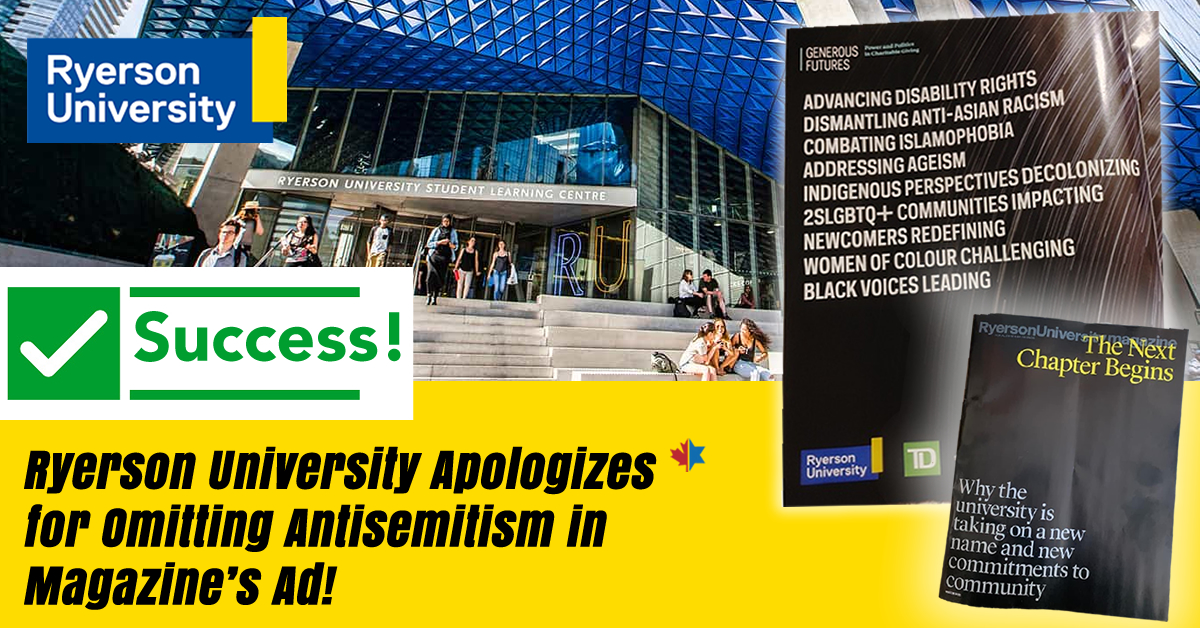 On January 24, HonestReporting Canada asked “Will Antisemitism Register at Ryerson University and its Magazine?”

We were referring to the Winter 2022 issue of Ryerson University Magazine that was recently distributed to alumni and friends as many people contacted HonestReporting Canada expressing concern that a featured program that Ryerson is jointly producing with TD Bank called “Generous Futures: Power and Politics in Charitable Giving,” did not list combating antisemitism as one of the program’s talks, despite that the webinar series has featured panel discussions about combating Islamophobia, anti-Asian racism, ageism, and working to advance disability rights, LGBTQ+ rights, black voices, etc. 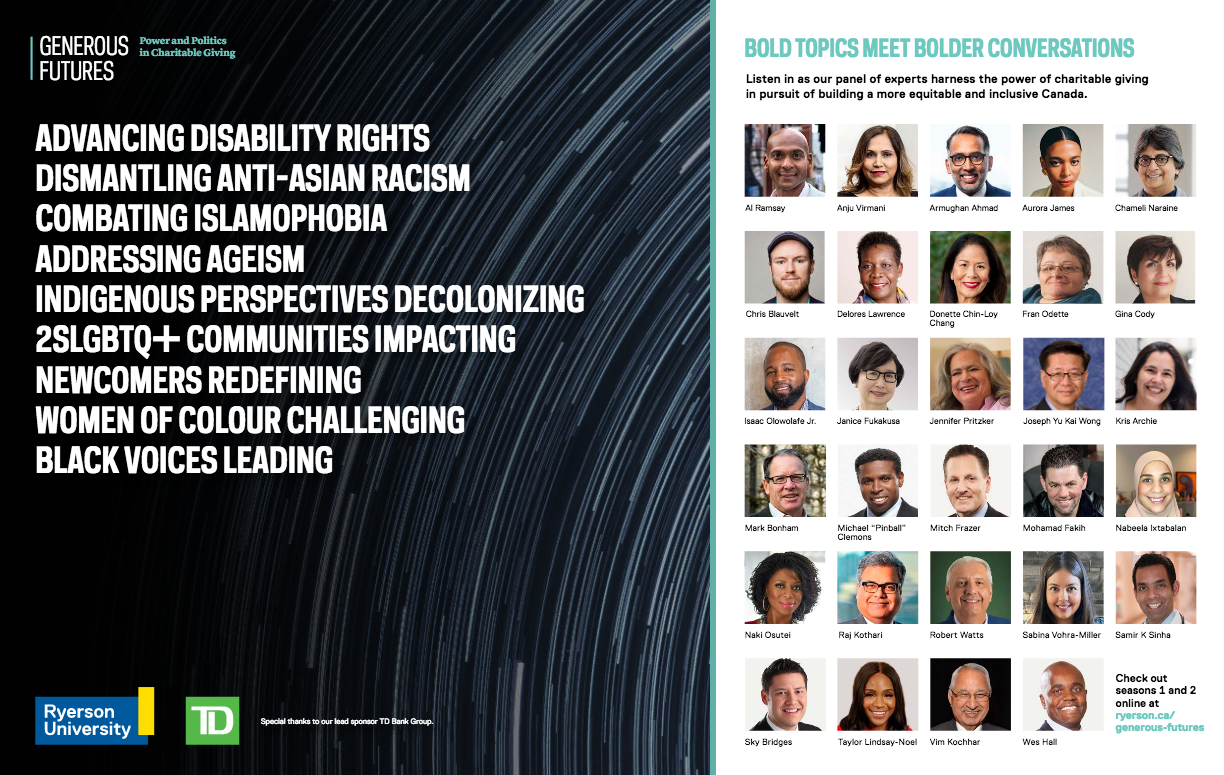 As we noted in our alert and in our posts on social media, Jews are the number one victims of hate crimes in Canada, and a Toronto Police report said that Toronto saw a 63% rise of antisemitic incidents recently.

We noted that the talks listed in Ryerson’s Magazine are all completed talks that were conducted in 2021, with the exception of a forthcoming talk on January 31, 2022 on advancing disability rights.

We conveyed that it’s certainly commendable that Ryerson has hosted this important speaker series and will host these difficult discussions and we certainly hope, and expect, that future programing will include talks about combating antisemitism as part of this program and that will be featured in a forthcoming edition of Ryerson University’s Magazine.

We saw your article (and tweets) today about an ad that appears in Ryerson University’s winter 2022 alumni magazine and wanted to provide some background.

As you noted, the advertisement pertained to the university’s Generous Futures webinar program. This special series began a year ago, and looks at the intersection of charitable giving and inclusion. The magazine ad features the topics covered thus far, with the participant panelists pictured on the facing page (I have attached the full layout as it appears in the magazine here). The university had planned to include antisemitism as a topic in the fall of 2021 and had invited both moderator and panelists. Unfortunately these plans fell through. We are currently in the process of developing an alternative opportunity to address this topic.

Ryerson University recognizes the importance of addressing antisemitism, particularly in the context of rising rates of antisemitic hate crimes. And we sincerely apologize for the implication of the ad, and the upset and disappointment it has caused. We remain committed to covering this important topic.

We are grateful for Ryerson’s sincere apology and for its recognition of the harm that this advertisement caused, and we applaud the University for committing to produce programming on the dangerous rise of antisemitism, hate crimes and the need to combat it.