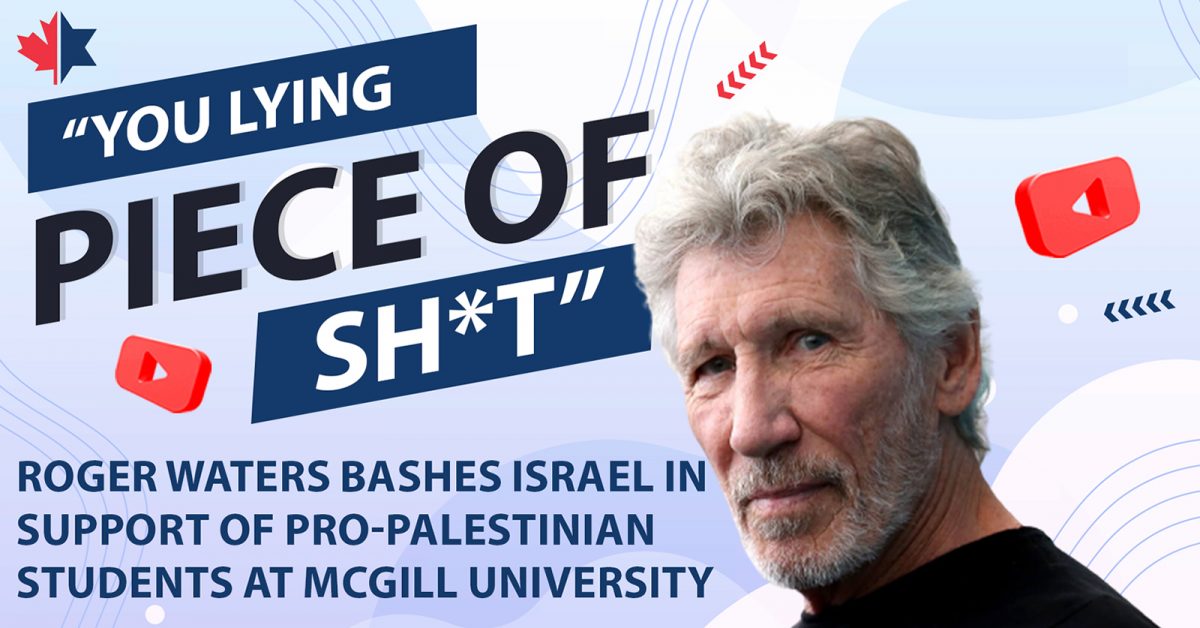 On July 14, Roger Waters performed in Montreal and spoke at an anti-Israel event called: “Standing Up For Student Solidarity With Palestine,” which was an online event co-sponsored by the suspended McGill University student group, Solidarity for Palestinian Human Rights McGill, (SPHR) and which was endorsed by Samidoun, a Canadian not-for-profit organization with alleged ties to the PFLP terror group.

Rogers participated in this event in support of SPHR which was suspended by the McGill student government for 105 days after they mocked and allegedly harassed McGill’s Students’ Society of McGill University (SSMU) for refusing to ratify a new anti-Israel policy.

Roger Waters is an outspoken anti-Israel activist and BDS supporter who has been accused of antisemitism previously. He took centre stage in this online event by uttering baseless and hateful allegations against Israel and the Jewish people.

Watch and listen as we break down what he said:

The event was covered by La Presse, Le Soleil and La Voix de l’Est. It was also mentioned in a Globe and Mail article. All news outlets failed to adequately cover the inflammatory comments that Waters made against Israel and the Jewish people.

Roger Waters, made famous from his band Pink Floyd, was given an undue platform to spread disinformation, lies and to make unsubstantiated allegations, which has the potential to fan the flames of hatred towards Jewish Canadians, who continue to be disproportionately the victims of hate crimes in Canada.

Enough is enough. Roger Waters deserves to be named and shamed for his toxic and hateful anti-Israel efforts. Share our video now to spread the word.