Israel Is An Imperfect Country, But A Vibrant...
Why Are Anti-Israel Activists So Afraid of The...
McGill Tribune Publishes Op-Ed Calling for a Boycott...
Ontario Arabic Paper’s Editor Downplays Holocaust; Meshwar Describes...
How the War in Ukraine is Having a...
Toronto Star Columnist Shree Paradkar Wrongly Claims IHRA...
After Vancouver Adopts IHRA, CBC Radio Interviews Fringe...
Qatar Prepares For The 2022 World Cup: Will...
Lawfare: Who is Using the Law More Effectively?...
Official Publication of the College of Physicians and...
Home Media Action Alerts2022 Retired Islamic Revolutionary Guard Corps Officer Visits Canada – Where’s The Media Outrage? 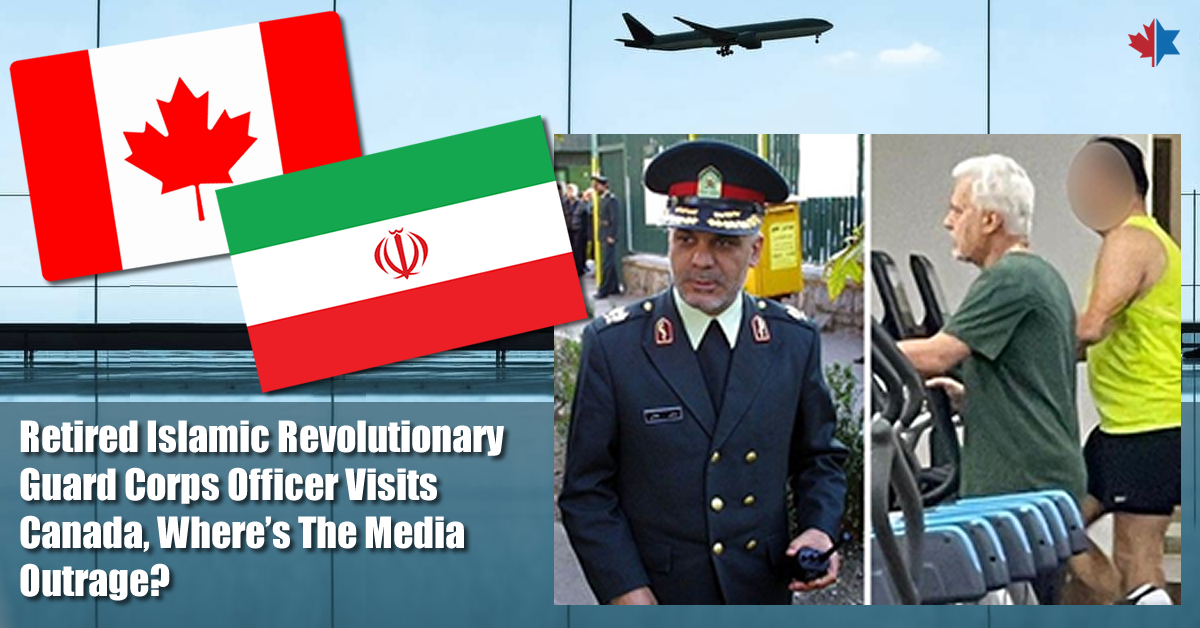 In his decades working for the Iranian state security apparatus, Talaei served as Chief of Tehran’s police during widespread repression against Iranians. Brigadier General Morteza Talaei had a growing list of responsibilities. Talaei served as a senior officer in the Islamic Revolutionary Guard Corps (IRGC), the Iranian governmental organization designated as a terrorist group by the governments of Saudi Arabia, Bahrain and the United States, and which took responsibility for shooting down Ukraine International Airlines flight 752, killing 176 people, including 57 Canadians.

In 2000, Talaei was appointed the Police Chief of Tehran, where he reportedly oversaw the continued infringements on rights and freedoms in the Iranian capital, including a crackdown on women dressing in allegedly “un-Islamic” ways. Women whose clothing were not up to the standards of Tehran’s authorities faced up to two months in prison. He was also said to have led a campaign to seize satellite dishes affixed to Tehran homes, which were a key link to Western media.

Talaei was serving as chief of police for the city of Tehran in 2003, when Iranian-Canadian photojournalist Zahra Kazemi was tortured, raped and savagely beaten to death in Tehran’s notorious Evin prison.

Despite his infamous and feared name in Tehran, Talaei nonetheless enjoys the freedom to travel internationally, including recently to Canada.

As documented on social media by a Geneva-based Iranian reporter with photographs, a brief video and an audio clip published, Talaei was spotted working out at a gym in Richmond Hill, Ontario, where he confirmed his identity.

While reports conflict as to whether Talaei was in Canada to visit his daughter, or in a permanent move, the ease of entry was condemned by a number of Iranian human rights organizations, who, in an open letter to the federal government, called upon Canada to prevent itself from becoming a “safe haven for former IRGC commanders.”

Citing the 2017 legislation Justice for Victims of Corrupt Foreign Officials Act, passed by the Canadian federal government under Prime Minister Justin Trudeau, the open letter called on Canada to take immediate action. “We call on the Canadian government to investigate Morteza Talaei, in particular for ‘gross violations of internationally-recognized human rights against individuals in any foreign state who seek to obtain, exercise, defend or promote internationally-recognized human rights and freedoms,” the letter read.

As reported in the National Post, obtaining a visa to enter Canada for an Iranian national isn’t necessarily easy. Mohammad Agha-Soltan, the brother of Neda Agha-Soltan, who was shot and killed during street protests in Iran that followed a previously disputed presidential election, told the National Post that his family was denied visas, while Talaei apparently was approved.

Currently, only the Quds Force, the foreign operations arm of the IRGC, is a recognized terrorist entity by Public Safety Canada, but the federal government is being urged to expand its definition to include the entire organization, as it should, given the IRGC’s widespread abuse of human rights in Iran and terrorist activities worldwide.

But despite the significance of such a high-level military public figure from the Islamic Republic visiting Canada, it has garnered remarkably little attention from the Canadian media. Other than a detailed report in the National Post, and activity on Twitter, Talaei’s visit to Canada has gone largely unreported.

It is unclear under what circumstances Talaei was able to enter Canada, but given his high profile role and alleged complicity in carrying out human rights abuses for the Islamic Republic, his entry should have been prevented.

The 2017 legislation, Justice for Victims of Corrupt Foreign Officials Act, gives the federal government powers to impose “targeted measures against foreign nationals who are…responsible for or complicit in gross violations of human rights.”

Talaei’s apparent entry into Canada is considered a failure of public safety. Despite that significant oversight, it’s never too late to reverse course, and to ensure that he can never be allowed back into Canada again.

But responsibility doesn’t end with the federal government. The paucity of news coverage of Talaei’s entry into Canada is deeply problematic, and should be rectified by journalists across the country demanding the federal government take action and ensure that abusers of human rights are held to account for their alleged crimes.