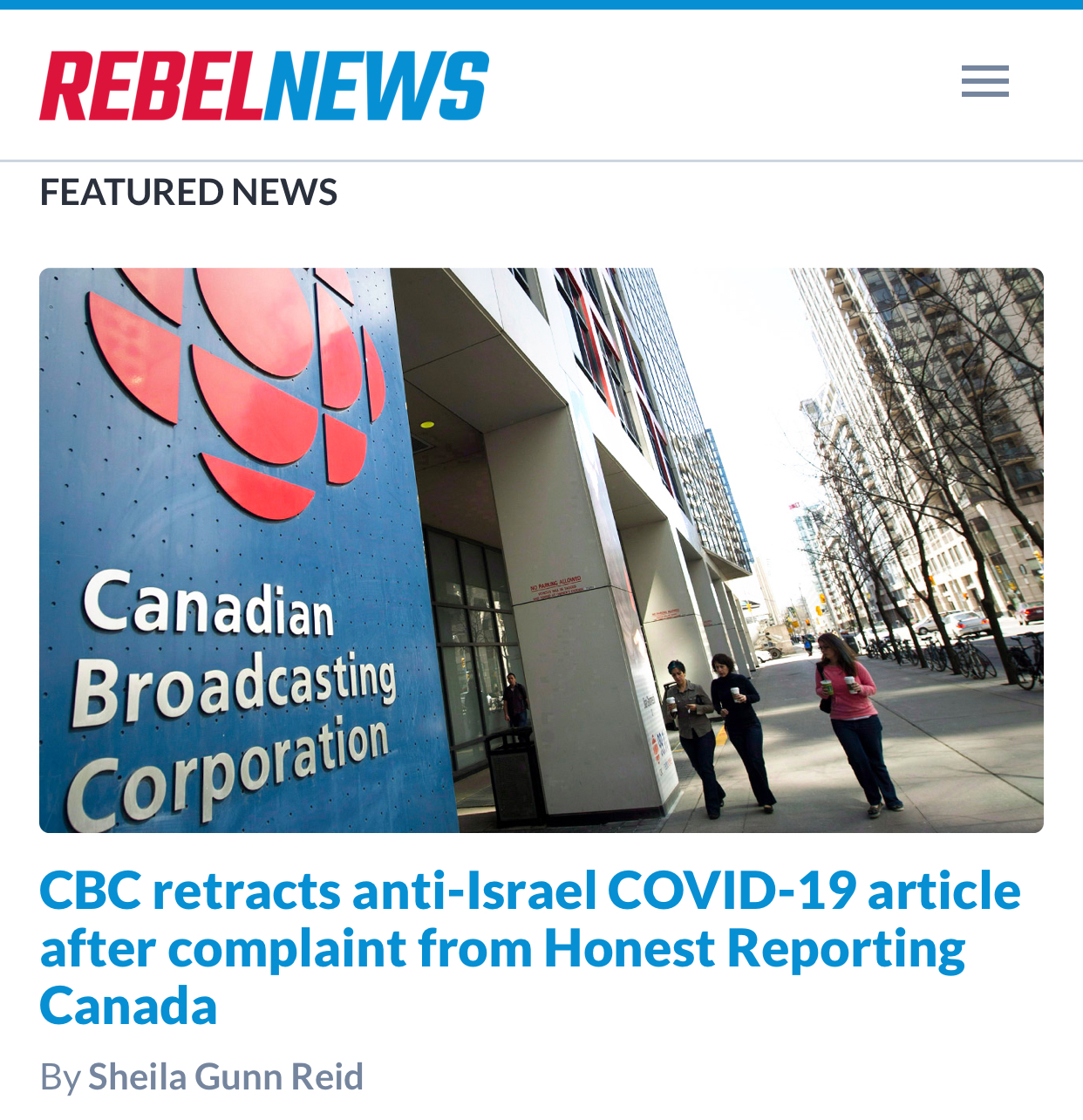 Read Rebel News’ report on its website by clicking here.

A complaint from Honest Reporting Canada has prompted CBC’s French language arm to delete a report placing the blame for Gaza’s COVID-19 troubles solely on Israel. Honest Reporting Canada describes itself as an “independent grass-roots organization promoting fairness and accuracy in Canadian media coverage of Israel and the Middle East.”

According to the complaint filed with CBC’s Ombudsman on April 28th 2020:

In an article about the impact the Coronavirus is having on blockaded Gaza, the (Radio-Canada) author maligned Israel as vital context was omitted which rendered the report unfair and unbalanced and as the article was replete with errors.”

HRC’s complaint cited ten reasons why the CBC article was inaccurate. CBC’s article did not cite any Israeli sources in the interest of balance, neglected to tell the reader that Gazan doctors are receiving coronavirus training from Israel, ignored the new and unprecedented cooperation between Gazan health officials and the Israeli government during the pandemic, and failed to point out that the Gazan medical system is in collapse because of Hamas mismanagement.

On May 12, CBC Radio-Canada acknowledged via email that their reporting fundamentally violated CBC’s Journalistic Standards and Practices, responding that the article lacked balance and was therefore unfair.

CBC has deleted the article from the RadioCanada.ca website and published a note detailing the corrective action they’ve undertaken.Despite CBC’s fear mongering, Gaza had not been devastated by the Chinese virus.