UPDATE: November 18, 2016: See relevant news coverage in the Canadian Jewish News, the Jewish Telegraph Agency, and the Tower.org.
For immediate release
November 8, 2016
Toronto, ON – In response to a November 7 McGill Daily editorial which proclaimed a policy of censoring pro-Zionist opinions from being published as McGill’s largest student newspaper considers the “Zionist worldview” as being “oppressive,” HonestReporting Canada (HRC) condemned the Daily’s policy as being hateful, discriminatory and antithetical to free speech and fair and balanced journalism.
“The McGill Daily’s refusal to give a platform to pro-Zionist commentaries has racist dimensions and xenophobic overtones as the viewpoints of Jewish students, many in the Montreal Jewish community and supporters of Israel (avowed Zionists) are deemed persona non grata,” said Mike Fegelman, HRC’s Executive Director. “Zionism is the national movement that affirms the right of Jews to live in their 3,000 year old ancestral and sovereign homeland and legitimizes their right to self determination. Jewish nationalism should never be a forbidden topic in the McGill Daily for those who want to advocate and educate the masses about Zionism. The McGill Daily’s policy fans the flames of hatred and fundamentally serves to intimidate, stigmatize, and silence Jewish and pro-Israel Zionist students at McGill University. This bigoted policy should be rescinded, the McGill Daily should publicly apologize, and McGill’s student body and the public at large should name and shame the paper.”
Additional Background: 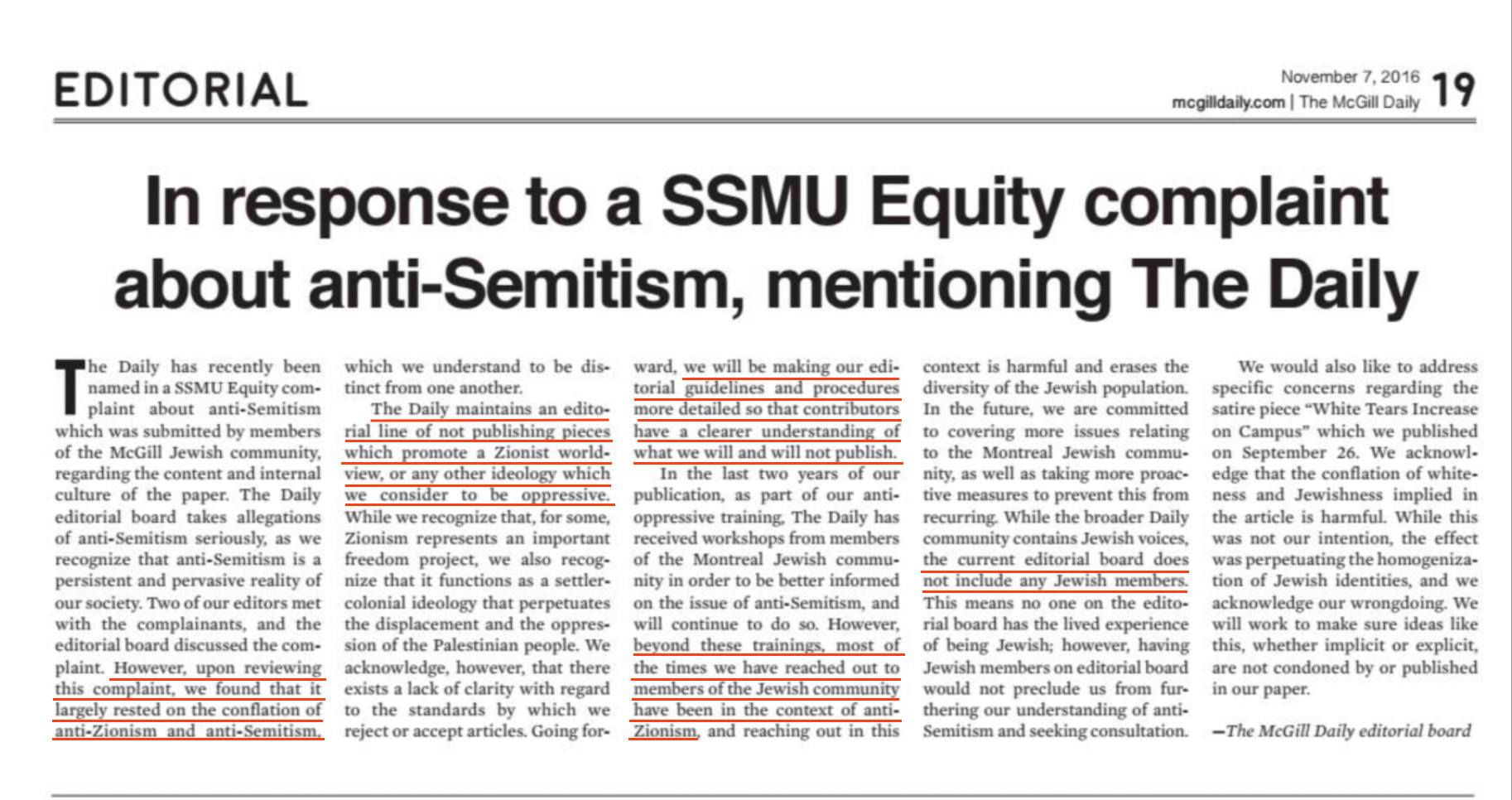