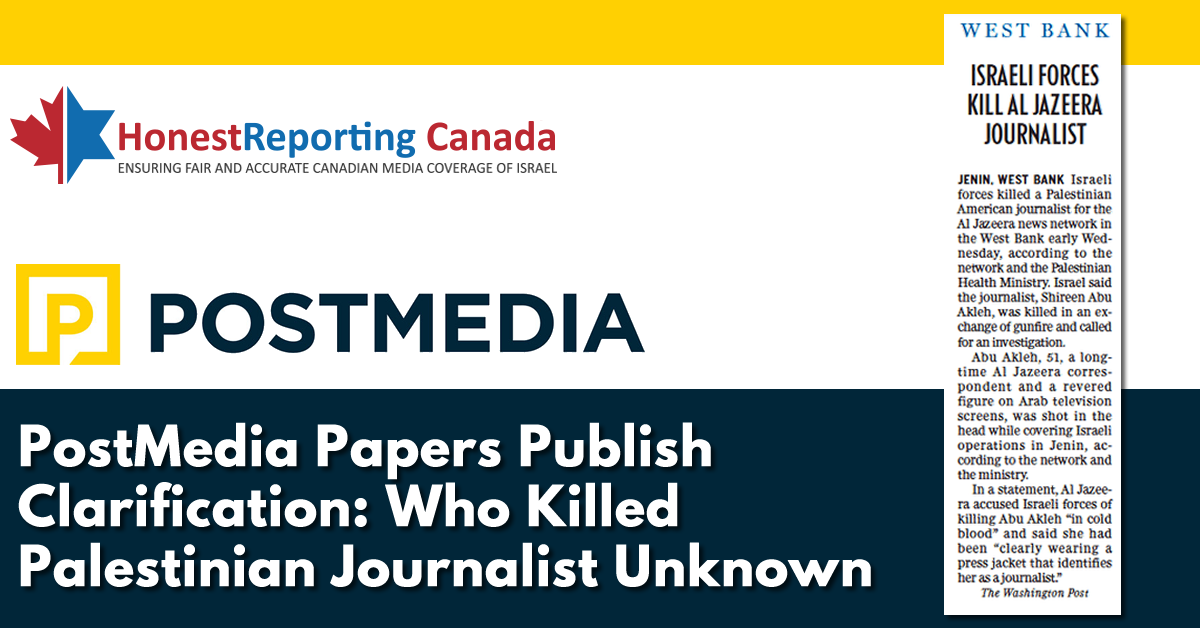 On May 12, the National Post and many PostMedia newspapers, published a Washington Post wire brief which carried an unverified claim in its headline asserting that: “Israeli forces kill Al Jazeera journalist,” while the lead paragraph claimed that: “Israeli forces killed a Palestinian-American journalist for the Al Jazeera news network in the West Bank on early Wednesday, according to the network and the Palestinian Health Ministry.”

In truth, the veracity of the matter is still unknown. There’s no concrete evidence which confirms that Israeli forces killed this Al Jazeera journalist. It’s very possible that she was killed by Palestinian terrorists during the Israeli raid, whether accidentally in a crossfire, or even, the possibility remains, on purpose to achieve a propaganda win.

The issue with this wire brief was that the headline made this claim as if it was a matter of fact, vs. citing it in attribution to Al Jazeera and to the Palestinian Health Ministry.

HonestReporting Canada brought these concerns to the attention of PostMedia editors, who, to their credit, immediately recognized this serious error and took corrective action by publishing this clarification on May 13: 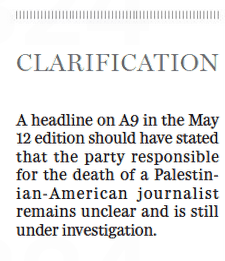 We thank PostMedia and the National Post for its cooperation and for undertaking immediate remedial action to set the record straight. This speaks highly of PostMedia’s commitment to producing fair and accurate media coverage of Israel and the Middle East.

Our professional team is available 24×7 to offer service world-class service.