PostMedia Columnist Suggests Terrorism is “No Stranger to the Jewish Tradition”

To its credit, the Kingston Whig-Standard published HRC’s letter condemning its columnist who suggested that terrorism is “no stranger to the Jewish tradition”.

Our letter published on February 14 can be found below:

HonestReporting Canada has repeatedly taken PostMedia contributing columnist Louis Delvoie to task for tacitly justifying Palestinian terrorism against Israeli civilians on a number of occasions, for claiming that the U.S. President is “in the pocket” of Israel’s Prime Minister, and for engaging in historical revisionism and stating many falsehoods about the Arab-Israeli conflict. See here, here, here and here. 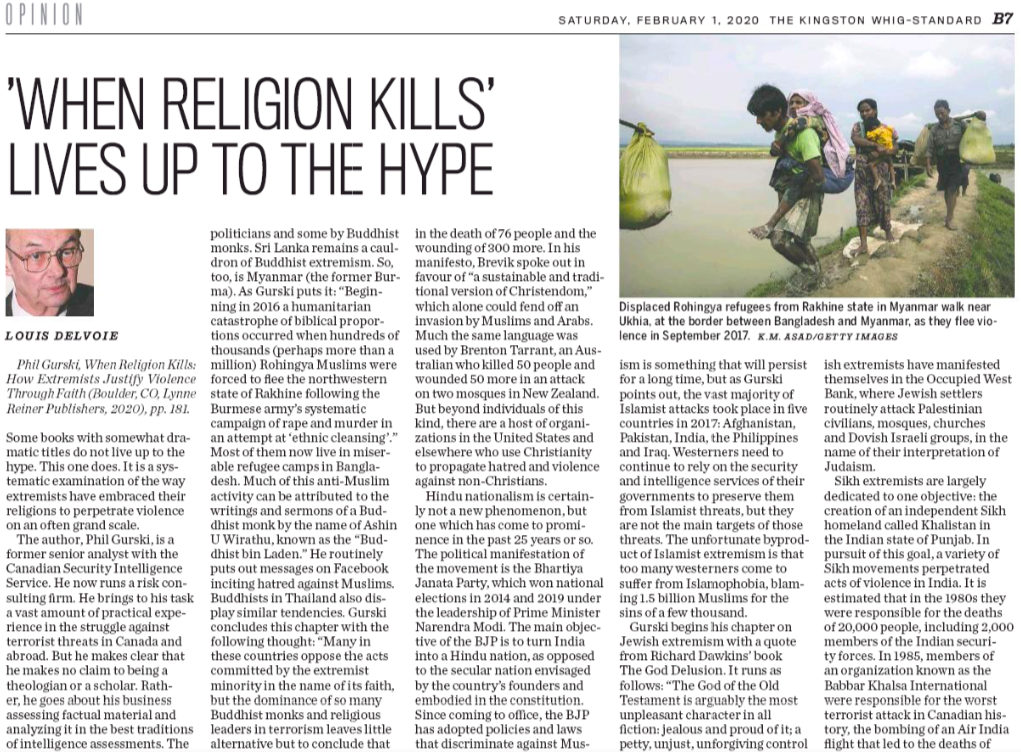 It came as no surprise to see a recent column by Delvoie on January 1 in the Kingston-Whig Standard which suggested that terrorism on a mass scale “is no stranger to the Jewish tradition.”

While we have not read Phil Gurski’s book which Louis Delvoie refers to on the topic describing it as being about “extremists (who) have embraced their religions to perpetrate violence on an often grand scale,” but we take strong issue with Delvoie’s suggestion that terrorism, defined as when individuals intentionally target civilians with violence for political purposes, is “no stranger to the Jewish tradition”.

Yes, you’d be hard pressed to not find members of any faith group that has not engaged in terrorism in some form, but any Jew that has, whether from time immemorial to present day, is deserving of condemnation and incarceration, but for Mr. Delvoie to imply that Jews have engaged in “genocide” and terrorism on a mass scale is beyond the pale, without foundation and only fans the flames of hatred.

HRC has communicated our concerns directly to the Kingston Whig-Standard and we encourage you to write a letter to the editor to rebut Delvoie’s claims. Please send letters to: Ed.whig@sunmedia.ca