Writing in the Kingston Whig-Standard on March 7, Louis Delvoie, a frequent critic of Israel wrote the following in a polemic entitled “The Divisions of Empire”:

The same political and financial problems that led the British to abandon their Indian empire also prompted them to withdraw from Palestine, another conflict-ridden region. Rather than stay and cope with the problems of Palestine, the British handed over their responsibilities to the United Nations. The United Nations came up with a plan to partition Palestine so as to permit the establishment of a Jewish state there. This was totally unacceptable to most of the Arabs in the region. They had only just shucked off the last vestiges of European colonial rule and were not prepared to see implanted in their midst what they saw as little more than a new European colony, given that the population of the new state was to be made up primarily of people who had fled Europe. When the Israeli state was proclaimed in May 1948, four Arab countries launched a military campaign against it. This was to be the first of four full-blown Arab-Israeli wars, supplemented by endless lesser armed clashes over the decades. The Arab-Israeli conflict became a major source of political instability in the Middle East, leading to occasional politico-military confrontations between the superpowers. Another sad gift of the British Empire to the world.” 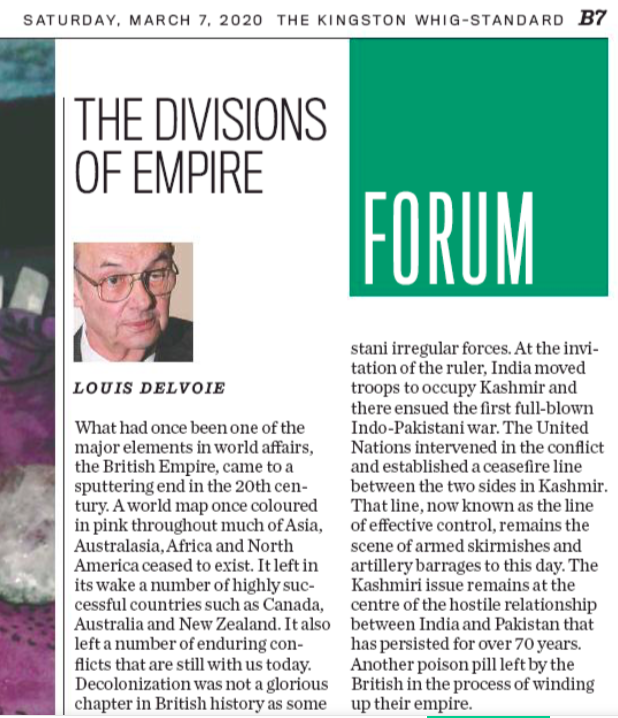 Over 100 years ago, the Balfour Declaration saw the British government endorse the reconstitution of the Jewish national home in Palestine (the primary aim of the Zionist movement) and which affirmed the connection of the Jewish People to the land of Israel and the Jewish people’s right to self-determination in their ancestral homeland.