UPDATE: September 20/22, 2018: The National Post and the London Free Press published HRC’s response today to its article which included a justification of terror in its coverage of the murder of Ari Fuld: 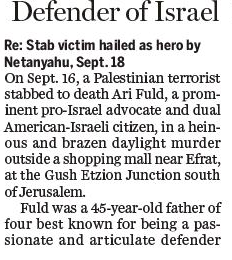 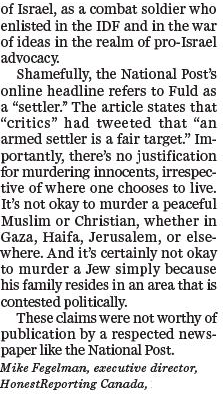 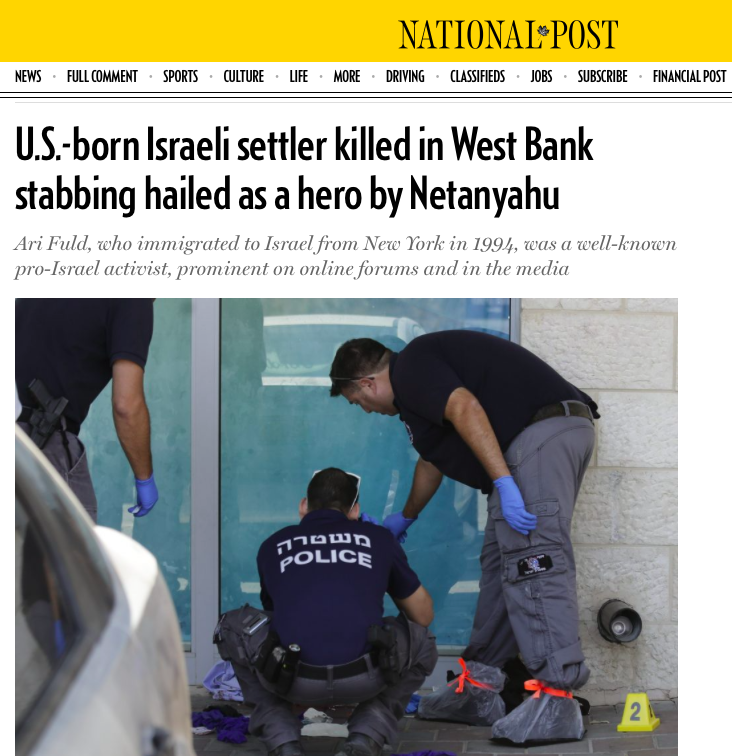 On September 16, a Palestinian terrorist stabbed to death Ari Fuld, a prominent pro-Israel advocate and dual American-Israeli citizen, in a heinous and brazen daylight murder outside a shopping mall near Efrat, at the Gush Etzion Junction south of Jerusalem.

Fuld was a 45-year-old father of four best known for being a passionate and articulate defender of Israel, as a combat soldier who enlisted in the IDF and in the war of ideas in the realm of pro-Israel advocacy.

Shamefully, in its coverage on September 18, the National Post’s headline derisively refers to Fuld as a “settler” and states in the article that “critics” had tweeted that “an armed settler is a fair target.” Importantly, there’s no justification for murdering innocents, irrespective of where one chooses to live.

These claims were not worthy of publication by a respected newspaper like the National Post and the Postmedia chain.