Outrageous: Globe Reporter Insinuates That Israel Was Created Because of Holocaust 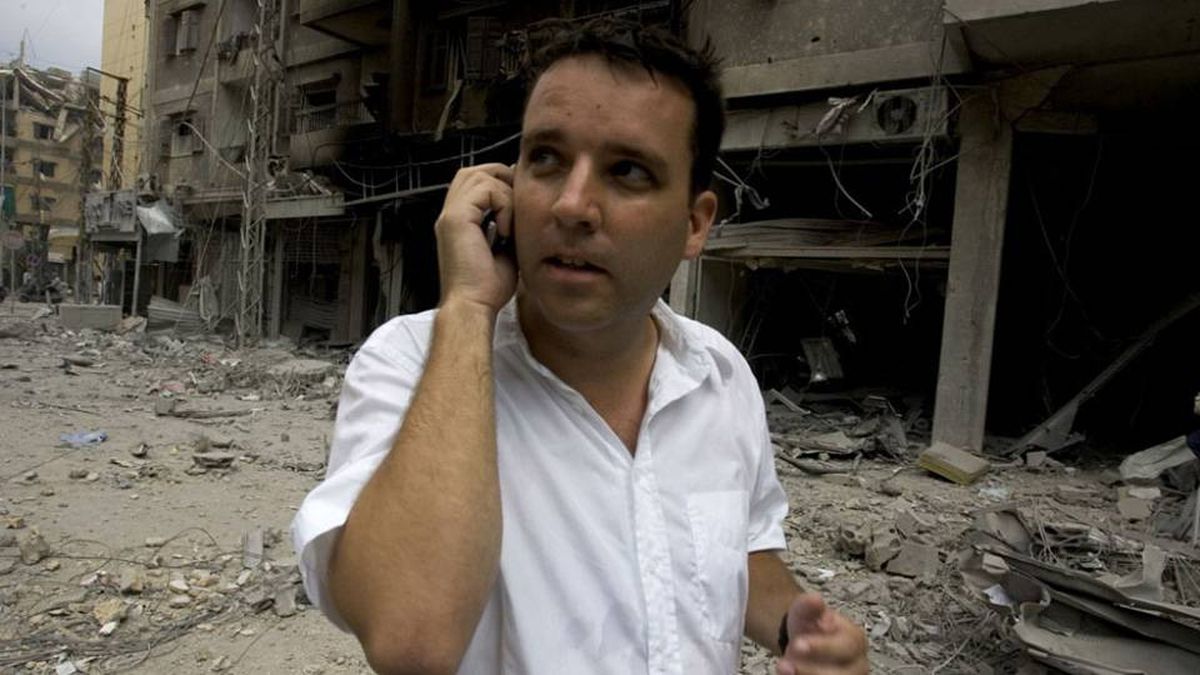 Today, in a podcast prominently featured on the Globe and Mail’s website, senior international correspondent and former Mideast bureau chief, Mark Mackinnon (pictured right), insinuated that Israel was created because of the Holocaust which led to the mass dispossession of Palestinians by “Jewish Israeli(s) who moved into this new land.”

Not only is this claim inflammatory, but it’s factually incorrect and fundamentally denies 3,000 years of Jewish indigeneity in the historic homeland of the Jewish people. It also falsely frames Jews as colonists and ethnic cleansers of Palestinian-Arabs in 1948.

Listen to the segment immediately below and to listen to the interview in full, click here.

Here’s a transcript of the remarks (emphasis added):

Host Tamara Khandaker: “I wonder what kind of context do you think people might be missing if they haven’t been there?”

Reporter Mark Mackinnon: “The overall context that I, you know, have to remind myself of is that you have two deeply traumatized peoples. Israel was founded by people fleeing the Holocaust and their descendants are descendants of survivors of the Holocaust or people whose parents didn’t survive the Holocaust and their sense of insecurity, their sense that Israel is the only place they’re safe is really really hard for anyone who hasn’t spent a lot of time there to understand and then there’s the Palestinian dispossession, depending on which Palestinians you speak of, some will say 70 years, some will say 50 years. They lost their homes, the number of Palestinians I’ve met who still have the keys to this home that their family hasn’t been to for 50 years, that is so strong in the Palestinian narrative, but these two narratives don’t understand each other. There’s no way to cross them over. It’s very rare to find the Palestinian who lost their homes, but really understands the Holocaust or the Jewish Israeli who moved into this new land, this safe place and has deep sympathy for the person who was pushed out. It’s a deeply traumatized part of the world and you know, when you live there you learn to try to start each article from remembering that point.”

Importantly, Israel’s right to self determination and statehood was not due to guilt over the Holocaust that saw the murder of 6 million Jews.

As Yossi Klein Halevi, the Israeli-American writer, once said: “The Holocaust helps explain why Israel fights, not why Israel exists.” Also, see former Israeli MK Einat Wilf’s forceful refutation in Haaretz (subscription required) of the falsehood that the Holocaust led to Israel’s creation.

The chronological proximity of the Holocaust and Israel’s establishment has led many to assume that the two events are causally connected and that Israel was created because of the Holocaust. Contrary to this popular belief, however, a Jewish state would probably have emerged in Palestine, sooner or later, with or without the Holocaust.”

Political Zionists like Theodore Herzl made the case for Jewish statehood decades before the mass murder of European Jewry took place and the Zionist movement had spent many years actively building in Palestine the political and economic infrastructure for an eventual Jewish state. Zionists in Palestine, and elsewhere, didn’t need the Holocaust to convince them of the Jew’s existential need for statehood, although it did make them more determine and less patient, to achieve this long-held objective.”

Mr. Mackinnon fails to appreciate that the British government’s Balfour Declaration came in1917 during the first world war which supported the establishment of a “national home for the Jewish people” in Palestine. The San Remo Conference in 1920 determined the precise boundaries for territories captured by the Allied nations. At San Remo, the four Principal Allied Powers of World War I (Britain, France, Italy & Japan, with the United States as a neutral observer) decided that Palestine would be put under British Mandatory rule. At San Remo, the Allies ratified the pledge contained in the Balfour Declaration concerning the establishment of a Jewish national home in Palestine.

For Mark Mackinnon, the Globe’s primary journalist covering issues related to the Arab-Israeli conflict to insinuate that the Holocaust led to Israel’s creation is factually inaccurate, historical revisionism, and a fundamental denial of 3,000 years of Jewish indigeneity in its historic and ancestral homeland. To frame Jews as being colonists and ethnic cleansers of Palestinian-Arabs is beyond the pale. To right this terrible wrong, the Globe and Mail and reporter Mark Mackinnon must publicly retract this statement immediately. Please file a complaint directly to the Globe’s Public Editor (ombudsperson), Sylvia Stead at sstead@globeandmail.com.