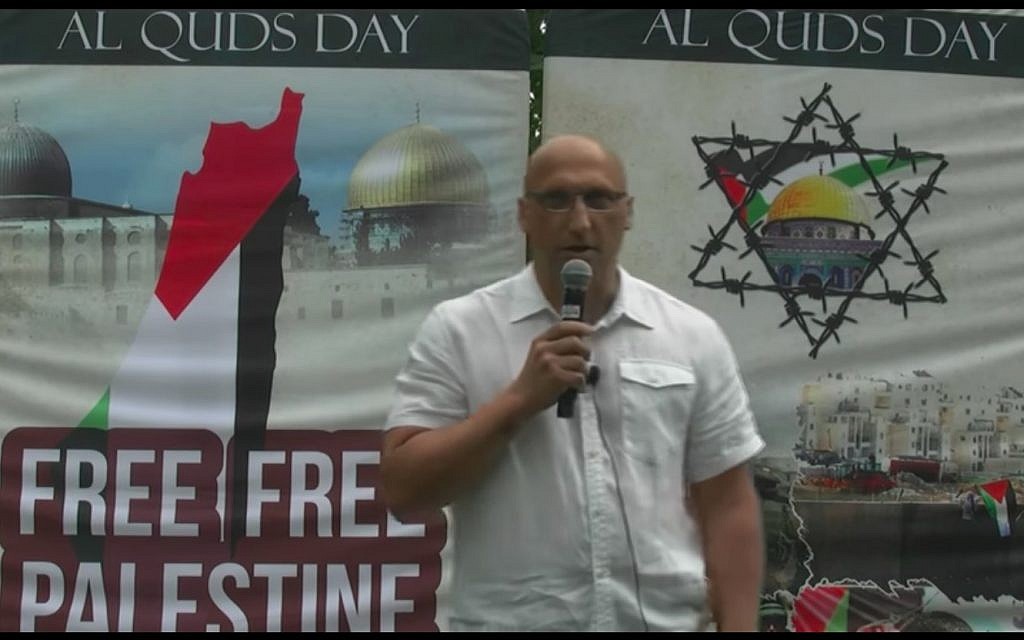 The answer: Likely never, and yet on the July 18 edition of the CBC Radio program The House, CBC interviewed Dimitri Lascaris (former Green Party leadership candidate and party member pictured right) about the turmoil within the Green Party of Canada, asking if he thought antisemitism is a problem within the party , all without mentioning that he was condemned by all of Canada’s federal parties for engaging in what was condemned as Jew hatred in 2018. Lascaris denies allegations of past antisemitism.

The CBC’s Adrian Harwood hosted the program on the topic of “The Green Party in Crisis,” discussing how the Israel-Hamas conflict played a role in the infighting in the Green Party. While CBC is free to interview anyone of its choosing, we feel that it was a major shortcoming to not mention that Mr. Lascaris has been widely condemned for engaging in antisemitism and has been an anti-Israel activist for many years, and was the former Chairman / board member of the anti-Israel organization CJPME (Canadians for Justice and Peace in the Middle East).

As the Times of Israel reported back in 2018:

Canadian Prime Minister Justin Trudeau lambasted a local activist for “vile anti-Semitic smears” following a tweet which accused a pair of Jewish lawmakers of being more loyal to Israel than to Canada. On Thursday, Dimitri Lascaris, a board member of the progressive grassroots organization Canadians for Justice and Peace in the Middle East (CJPME), said MPs Anthony Housefather and Michael Levitt were more loyal to “apartheid Israel.”” 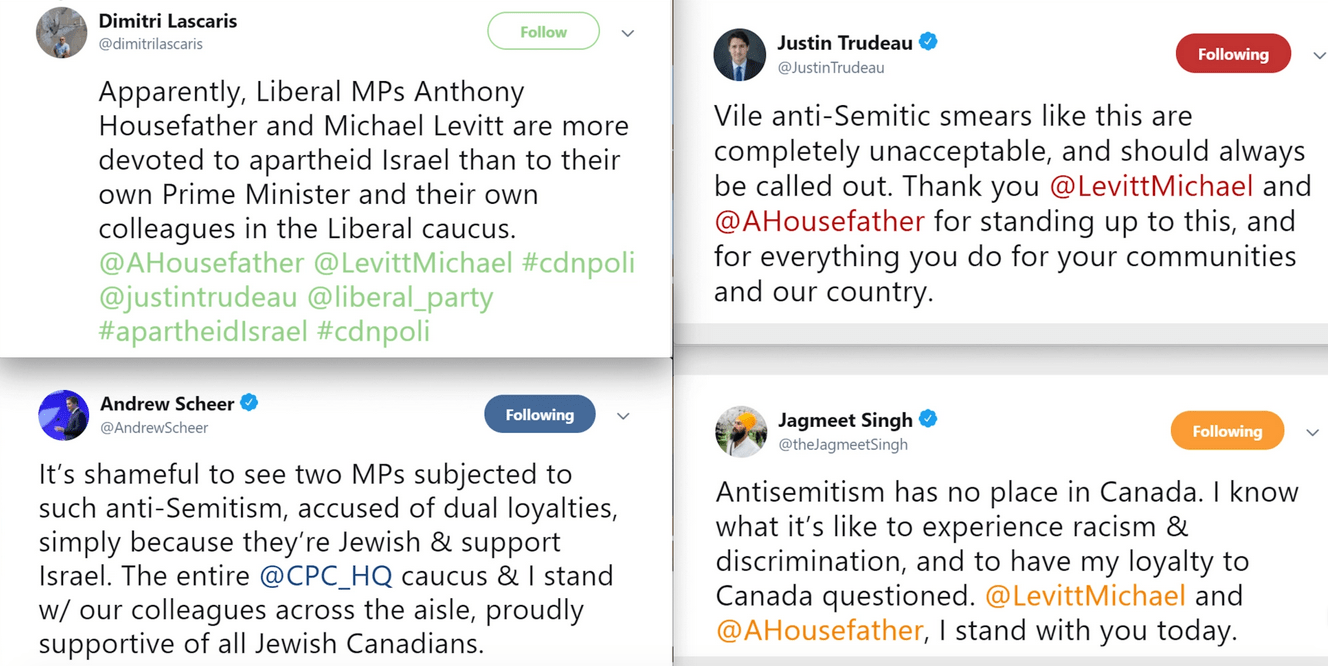 In his interview with the CBC’s Adrian Harwood, Lascaris said: “In May, as Israel was intensifying attacks on Palestinians, the party put out a statement which did not reflect our party policy which was adopted in 2016 with over 90% support, calls for an arms embargo on Israel to bring an end to repression on Palestinians and in response to that statement, all of our MP’s in varying ways expressed their disagreement and quite pointedly stated that Israel was the oppressor that needed to be held accountable, I think Jenica was the most vigorous in disagreeing with the party’s statement and this precipitated an attack from the former senior advisor of the leader, Noah Zatzman, it was astonishing the attack, it accused our MP’s of antisemitism. Mr. Zatzman vowed, on his Facebook page, to work towards their defeat and for almost four weeks, the leader took no action publicly to repudiate what Mr. Zatzman said.”

Harwood asked the following in response: “Was there any merit to his charge that antisemitism is a problem with the party?”

Lascaris answered: “Well I think what precipitated the controversy was that this was directed at MP’s, and it was also by the way directed at me personally. There have been, I think, real instances of antisemitism by some members, but a very very small proportion of the members in their public commentary and I want to point out that after Jenica crossed the floor, the leader publicly acknowledged for the very first time that Paul and Jenica of course are not antisemites, and so people simply could not understand why the leader had not risen to her defense, immediately, knowing full well, as she has now acknowledged that the accusation was false.”

At the start of this program, CBC should have disclosed to CBC listeners that Lascaris was previously condemned by all of Canada’s major federal parties for engaging in antisemitism, while mentioning his long history as an anti-Israel activist. This would have helped CBC listeners to form a proper opinion of Mr. Lascaris’ comments, especially as he downplayed antisemitism in the Green Party of Canada.

In light of this information, we asked CBC News to conduct a review of this matter and to take remedial action. We also requested that the online post by The House be amended to reflect Mr. Lascaris’ background of making this bigoted statement and that the audio report also be edited to include this context. As well, we asked that CBC staffers who were involved in the production of this program be sensitized to our concerns on this issue. Finally, we requested that in the next broadcast of CBC The House, that programmers acknowledge this serious omission at the start of the program in the hopes of righting this wrong and setting the record straight.

While we await the CBC’s reply to our concerns, we encourage all HRC subscribers to also file complaints directly with CBC Editor-in-Chief Brodie Fenlon at Brodie.Fenlon@cbc.ca. Simply put, it was outrageous for CBC to conduct an interview with Dimitri Lascaris asking if he thought antisemitism is a problem in the Green Party without mentioning that he was condemned by all of Canada’s federal parties for engaging in Jew hatred.