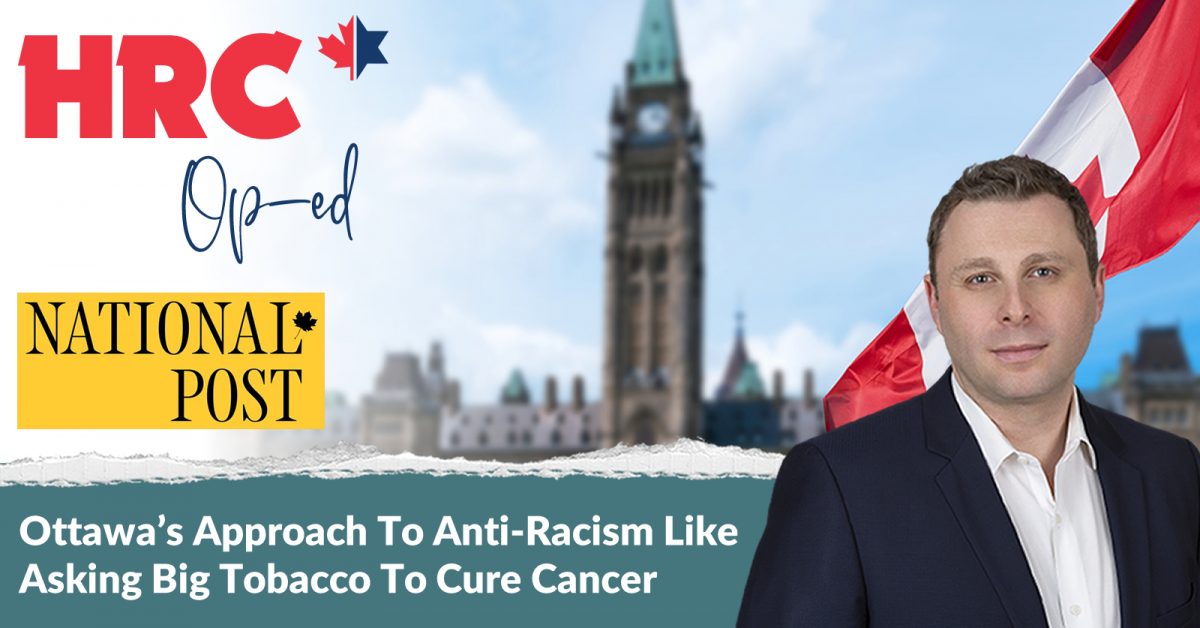 HRC’s Op-Ed was published in The National Post on Wednesday, August 24, 2022

Unless you’re living under a rock, you’ve heard about how a so-called anti-racism consultant hired by the federal government is in hot water after a string of antisemitic comments posted to social media have come to light.

Laith Marouf, a Beirut-based senior consultant with the Community Media Advocacy Centre (CMAC) — an organization which received $133,800 in grants from the Department of Canadian Heritage to build an anti-racism strategy for Canadian broadcasters — used Twitter to spread hateful propaganda against Jews and Israel.

“You know all those loud mouthed bags of human feces, aka the Jewish White Supremacists; when we liberate Palestine and they have to go back to where they come from, they will return to being low voiced bitches of thier (sic) Christian/Secular White Supremacist Masters,” reads one of his most repugnant posts on Twitter.

In another Tweet, making reference to the murder of six members of a Muslim family in London, Ontario in June 2021, Marouf defamed and tried to frame the Jews. He baselessly claimed that the murderer was “most probably JDL (Jewish Defence Leauge) (sic),” and even argued that the murders came as a result of “blood-libel spewed by the Zionist lobby.” There’s no evidence whatsoever that the man charged with the murders, Nathaniel Veltman, is Jewish. Importantly, according to the International Holocaust Remembrance Alliance (IHRA), a statement is antisemitic when you “accuse Jews as a people of being responsible for real or imagined wrongdoing committed by a single Jewish person or group, or even for acts committed by non-Jews.” 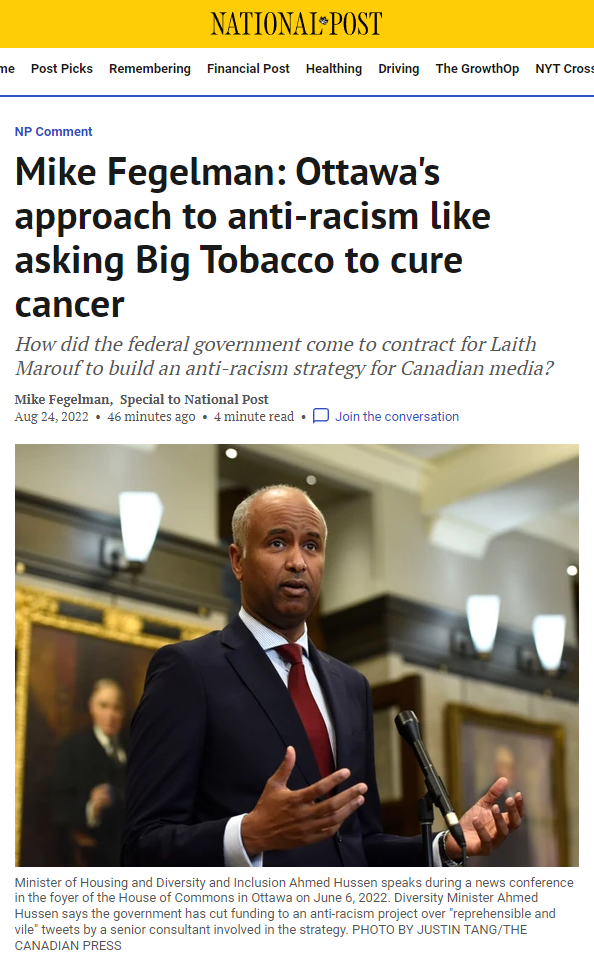 have learned how to “emulate their oppressor” and “fetishize their oppressors and oppressing others.” As part of his work underwritten by Canadian Heritage, he gave an address on May 14 in Vancouver where he claimed that Israel committed a “genocide” of Palestinians and alleged that Israel “assassinated” and “murdered” Al Jazeera journalist Shireen Abu-Akleh.

Perhaps most chillingly, Marouf also posted that his motto is: “life is too short for shoe laces, or for entertaining Jewish White Supremacists with anything but a bullet to the head.”

It turns out that Marouf’s antisemitic Tweets were just the tip of the iceberg.While CMAC was promoting itself as a valuable resource for combatting racism in Canadian broadcasting, Marouf made little attempt to hide its true goal, of demonizing Israel and the Jewish people.

Marouf’s peddling of antisemitism online was not limited to social media. In 2016, Marouf spoke at a conference at Lakehead University in Thunder Bay, and was overt in explaining CMAC’s vision. After a long diatribe against Israel, and extolling the virtues of “disruption and subversion” against the Jewish state, Marouf explained that his mantra was to help “make sure that your oppressor does not even have one space that they can feel comfortable in.”

Clearly, Marouf’s history of posting, and otherwise spreading antisemitic and anti-Israel comments stretched back a number of years, and in some cases, in our view, may reasonably be construed as not just merely hateful words, but could be interpreted as incitement to violence against Jews. Don’t just take my word for that, Marouf has acknowledged that Twitter suspended his account as the social media platform determined that he engaged in “hateful conduct” and “promote(d) violence” against “people on the basis of race, ethnicity, national origin, sexual orientation, gender, gender identity, religious affiliation.” Marouf even wrote a missive claiming: “Twitter Suspended My Account to Appease the Zionist Lobby; Help Me Get It Back!”

Following outcry over Marouf’s comments by Canadians of all stripes and strong advocacy by the Centre for Israel and Jewish Affairs (CIJA), a number of members of Parliament condemned the hateful remarks, including Diversity and Inclusion Minister Ahmed Hussen, who worked with Canadian Heritage on the project, slammed “the reprehensible and vile comments,” and said they “go against everything our government, and our country, stand for.”

Hussen later suspended Marouf’s project and cut funding to the organization he works for. While Hussen and the federal government are right to condemn Marouf’s comments now, it is unclear why they were ignorant of his litany of antisemitic remarks when they paid Canadian taxpayer funds to the CMAC to sensitize Canadian broadcasters about anti-racism.

As pointed out by the National Post’s Rex Murphy, it is inconceivable that Jonathan Kay, with few resources available to him, was able to take note of Marouf’s social media history, but the federal government seemingly was not.

As Murphy observed, how did the Ministry of Diversity and Inclusion, “with its overwhelming commitment to anti-racism managed to find and fund a sewer-source of what exactly (the) department was set up to fight.”

Indeed, asking Marouf to run an anti-racism program was like paying Big Tobacco to cure cancer.

Moving forward, Canadians should demand and expect proactive action from the federal government to ensure that both current and future recipients of taxpayer dollars, aimed at fighting hatred in society, are not themselves prominent advocates of it.