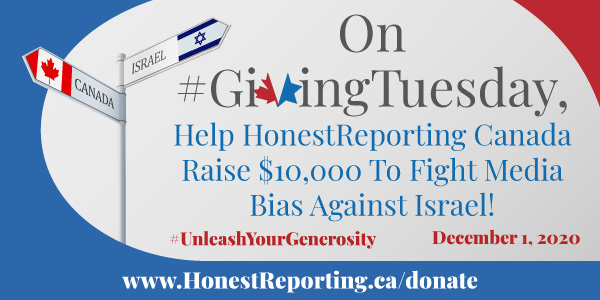 While some organizations make noise, we produce results:

In September, we secured a prominent platform in the Globe and Mail – Canada’s paper of record with an audience of 25 million – where we commented on the historic Abraham Accords that saw Israel make peace with the UAE and Bahrain, which forever changed the peacemaking paradigm of the Arab-Israeli conflict for the better.

In October, Le Journal de Montreal & Quebec both published a commentary of ours on the dangers of the Hezbollah terror group with our call for Canada to take action. Having our views featured in the largest circulated newspaper in Quebec and the largest French-language daily newspaper in North America, was a major coup for us!

In November, HonestReporting Canada was given a full-page commentary in The Hill Times where we commented on the proliferation of online antisemitism, while analyzing what Canada is doing and what social media companies must do to curb the volume and velocity of online bigotry, a hatred that tragically all too often turns into real-world violence.

This is the role and impact that HonestReporting Canada is having with Canada’s media in standing Israel in the high esteem it deserves.

In these challenging times due to the impact of COVID-19, it’s essential that we have the necessary resources to continue our activities to fight for Israel’s welfare.

Thank you in advance for your patronage and partnership in support of our continued efforts.