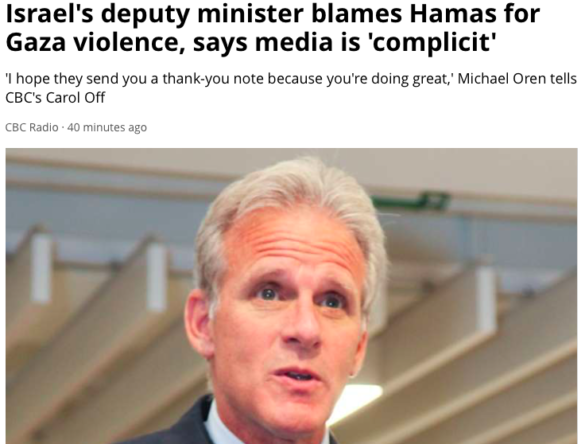 According to Enkin’s review which was carried out at the behest of several HRC subscribers: “The complainant, Laura Finsten, was appalled – as were many others – at a question put to a senior Israeli political figure regarding the number of Palestinians killed by the IDF during protests at the Gaza-Israel border. She also thought there was no regard for Israel’s perspective. While the phrasing was harsh, it is legitimate to hold public officials accountable and to ask hard questions. That is what journalism is.” 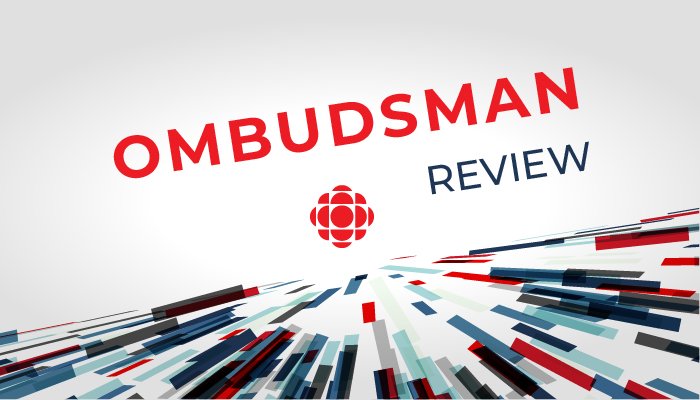 Ms. Enkin contends that As It Happens’ airing of an interview Carol Off conducted with Hamas spokesperson Ahmed Yousef saw balance procured over time. Of course, what Ms. Enkin did not disclose is the date that As It Happens first reached out to Yousef & Hamas to be a guest on the show. Did AIH producers reach out to Yousef before Carol Off’s controversial interview with Michael Oren, or, did they do so after the fact? If the latter, it could reasonably be argued that public opprobrium over Off’s confrontantial interview brought rise to the need for a follow up interview with Yousef.

CBC owes it to the public to disclose this.

CBC Anchor Carol Off Accused of Being A “Conspirator with Hamas” and “Abettor of Terrorism” by Israeli MK Michael Oren (May 16, 2018)

CBC AIH’s Carol Off Doubles Down Giving a Platform to Radical Anti-Israel Organization (May 18, 2018)

CBC Anchor Carol Off Tries to Walk Back Anti-Israel Interviews with Talk with Hamas Member (May 21, 2018)