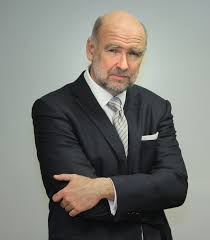 Only a couple weeks ago, we observed how Neil Macdonald, former reporter and now opinion columnist for CBC, continued to usurpe the CBC’s platforms to malign Israel.

True to form, today, in a commentary on U.S. President Donald Trump’s reaction to the racism and violent riots carried out by neo-Nazi’s and white supremacists in Charlottesville recently, Macdonald wrote (emphasis added):

“Trump, to the utter astonishment of decent-minded Americans, actually conflated this herd of swine with the protesters who met them. It was an exercise in moral equivalence, a semantic trick conservatives despise when the left uses it.

It reminded me of the oily pronouncements Yasser Arafat and his satraps used to issue whenever a nail-packed bomb would erupt in a Tel Aviv discotheque or a Jerusalem pizzeria, leaving the corpses and body parts of children and teens strewn knee-deep on the street.

We denounce all violence of all kinds by all sides, they would say. Or: We do not condone it, but we understand it.

(Israeli authorities used more or less the same language after some atrocity by extremist settlers or soldiers).

It was meant to be clever, and reassuring to their base, but to anyone with a shred of decency, it stank of incitement.”

To parse, Macdonald is guilty of his own moral equivalence by comparing frequent Palestinian terror attacks which intentionally target Israeli innocents, with very rare incidences of terror committed by Israelis. Nail-packed bombs don’t just spontaneously “erupt,” they are intentionally detonated by Palestinian terrorists whom Macdonald fails to identify, nor does he label them as “extremists”.

When Palestinians commit terror, their leadership glorifies the attack and rewards the attacker (known as “pay for slay”). Very rarely do Palestinian terrorists get arrested by PA security services for their attempted or for their committed acts of terror. The only incitement going on is from Palestinian leaders (Hamas and PA alike) who encourage young Palestinians to attack Israelis.

In Israel, on the very rare occasions that Israelis intentionally commit an attack on an innocent Arab or Palestinian, not only are these attacks universally condemned by the public, government and media alike, the perpetrator is brought to justice to the full length of the law. These individuals and their families do not receive stipends to compensate them for their attacks. In sharp contrast, Israel educates for peace while Palestinians educate for hate.

To suggest, as Neil Macdonald has done, that Israel tacitly condones and incites terror is outrageous and is an unsubstantiated claim.