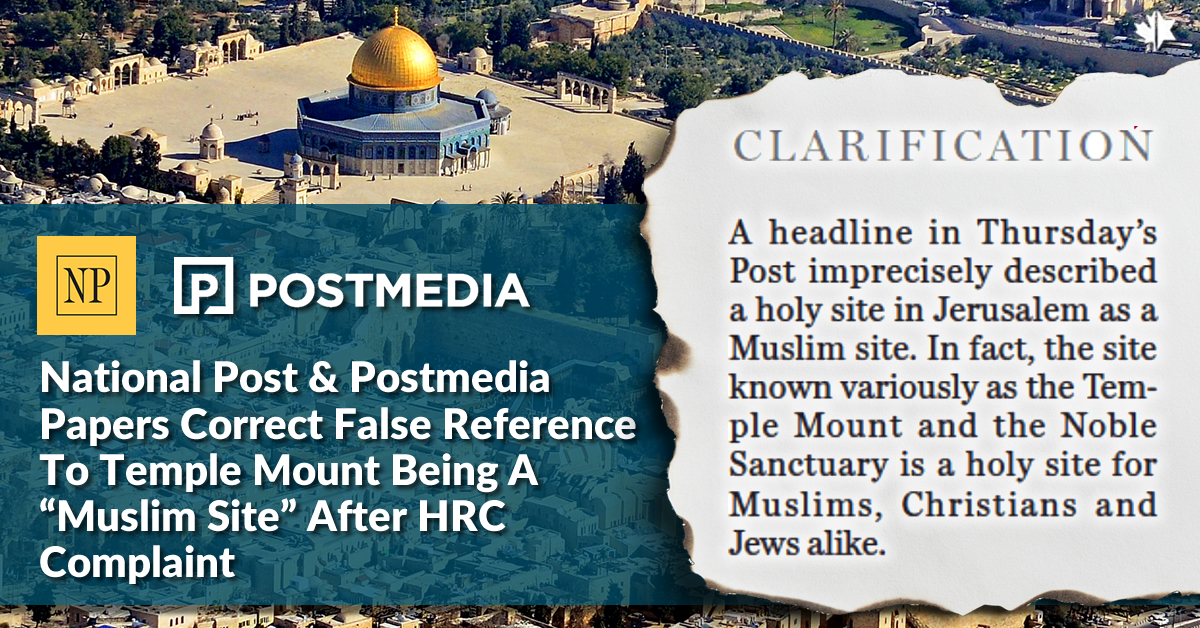 The report was in regards to Israel’s national security minister, Itamar Ben Gvir’s, visit to a “sensitive holy site in Jerusalem,” as the lead paragraph described.

Accordingly, it was factually incorrect to call the site exclusively Muslim, when it’s revered as Judaism’s holiest site and is a Christian holy site. Meanwhile, the Al Aqsa compound, known to Muslims as the Noble Sanctuary, is Islam’s third holiest site. Islam considers the Masjid al-Haram (including the Kaaba), in Mecca and the Al-Masjid an-Nabawi, in Medina; as its first and second holiest sites.

HonestReporting Canada brought this error to the attention of National Post editors who commendably issue the following corrective in the Post and in its Postmedia newspapers on January 7: 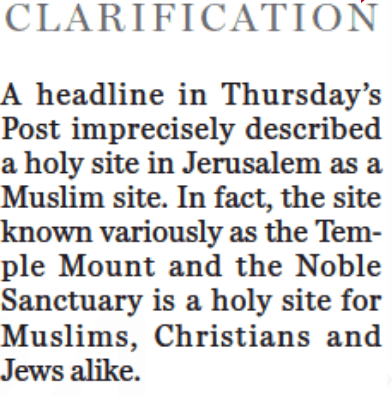 We thank the National Post and Postmedia for promptly correcting this error and for setting the record straight about how the Temple Mount is holy site for Jews, Muslims and Christians alike.