Must Read: “Palestinian Lives Don’t Matter, Unless Israel is to Blame” 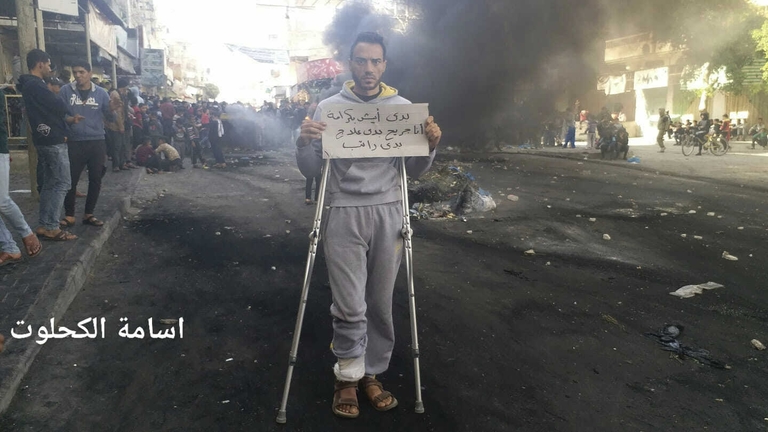 There certainly is a soft bigotry of low Palestinian expectations which exists in the discourse about the “Israeli-Palestinian conflict”.

In the New York Times recently, opinion columnist Bret Stephens commented on how the mainstream media have altogether ignored how Hamas has abused and persecuted Gazan dissenters and Palestinian journalists critical of its efforts. Those who take issue with Hamas’ authoritarian rule, kleptocracy, mismanagement of social services and city infrastructure, misappropriation of tax dues for terror purposes, its repressive enforcement of Sharia law, rampant poverty, etc.

Stephens asks and answers why the abuse of Palestinians by Hamas doesn’t register for western reporters. The answer: Israel isn’t the culprit.

Read the full must read commentary immediately below or online here.

The people of the Gaza Strip are protesting again, and soldiers are shooting again, and civilians are being victimized again. Only this time you may have missed the story, because these protests barely rated a buried paragraph in most Western news accounts.

That’s odd: Some media outlets are prepared to devote months of journalistic effort in order to trace the trajectory of a single bullet that accidentally kills a Palestinian — provided the bullet is Israeli.

The difference this time is that the shots are being fired by Hamas, the militant Islamist group that has ruled Gaza since 2007, when it usurped power from its rivals in the Fatah movement in a quick and dirty civil war. Since then, no genuine elections have been held, and no dissent brooked.

The current round of demonstrations, which began last week, comes in reaction to years of Hamas’s economic mismanagement, price hikes and recent tax increases. This is not for lack of funds on Hamas’s part: Since 2012, the group has taken in over a billion dollars from Qatar alone to pay the costs of fuel, humanitarian aid and civil-servant salaries.

Where that money goes is another question. In 2014, The Wall Street Journal reported that Hamas had spent some $90 million building attack tunnels into Israel, at an average cost of nearly $3 million a tunnel. The material devoted to each tunnel, the Journal reported, was “enough to build 86 homes, seven mosques, six schools or 19 medical clinics.” Three wars against Israel, each started by Hamas, have also taken their toll in lives, injuries, infrastructure and isolation.

All this has meant suffering and deprivation for the people of Gaza, irrespective of anything Israel does. In February, Amnesty International reportedthat the Palestinian journalist Hajar Harb had been tried in absentia by Hamas for publishing a report on al-Araby TV detailing alleged corruption in the Ministry of Health. Hamas officials have also reportedly enriched themselves by controlling the underground trade in goods, from poultry to furniture to cars, between the Strip and Egypt.

And so Gazans are making their despair known. Hundreds took to the streets last week, only to be shot at, clubbed and arrested by Hamas security forces.

“The crackdown on freedom of expression and the use of torture in Gaza has reached alarming new levels,” noted Saleh Higazi of Amnesty. Incidents include the arrest of human-rights activists, the beating and jailing of more than 15 local journalists, and violent attacks on peaceful demonstrators “using sound grenades, batons, pepper spray, live ammunition and physical assaults.”

Surprised? You shouldn’t be. Hamas bills itself as a “resistance” movement, and such movements, from the Irish Republican Army to the Viet Cong to Zimbabwe’s ZANU-PF, tend to behave in strikingly similar ways: fanatical, thuggish, militaristic, hypocritical and corrupt.

To these groups, liberation rarely means more than the replacement of some form of foreign occupation with local despotism. They avow democracy but never hold a truly fair election. They create secret police, parallel security services, politburos, inner- and outer-party structures. They make war on their neighbors to distract from their inevitable failure to create prosperity at home. Their leaders preach struggle and martyrdom while living lavishly.

Nor should you be surprised by the scantiness of Western coverage: It would complicate a convenient narrative of the Israel-Palestinian conflict that holds that the former isn’t just the principal oppressor, but the only one. That feeds into the larger progressive fiction that the great crimes of the post-World War II world are the ones the West perpetrated on the rest of the world. In fact, far worse were the crimes of non-Westerners — Mao Zedong, Pol Pot, Saddam Hussein, Fidel Castro, Idi Amin, Nicolás Maduro — perpetrated against their own people.

The same goes for the Palestinians. More have died in Syria in the last decade, mainly on account of the depredations of the ostensibly pro-Palestinian regime of Bashar al-Assad, than have been killed by Israel. And Palestinians continue to be the victims of leaders who see no reason to subject themselves to regular elections, or financial audits, or criminal investigations, or any other mechanism of political or moral accountability.

That lack of accountability is chiefly a Palestinian failure. But it’s abetted by Western journalism that, with some honorable exceptions, for too long has been depressingly incurious about any form of Palestinian suffering for which Israel cannot be held responsible. That is sometimes a function of ideological bias, but it is also a failure of basic reporting.

Israelis and their friends abroad often complain about slanted coverage that seems to find fault in everything they do, while finding excuses in everything their adversaries do. If the protests in Gaza demonstrate anything, it’s that Palestinians hardly benefit from the coverage, either.

Palestinian lives and livelihoods should matter despite who harms them. A world that shrugs at Hamas’s abuse of its own people merely licenses the abuse to continue, unchecked.

Bret L. Stephens has been an Opinion columnist with The Times since April 2017. He won a Pulitzer Prize for commentary at The Wall Street Journal in 2013 and was previously editor in chief of The Jerusalem Post. @BretStephensNYT