Israel Is An Imperfect Country, But A Vibrant...
Why Are Anti-Israel Activists So Afraid of The...
McGill Tribune Publishes Op-Ed Calling for a Boycott...
Ontario Arabic Paper’s Editor Downplays Holocaust; Meshwar Describes...
How the War in Ukraine is Having a...
Toronto Star Columnist Shree Paradkar Wrongly Claims IHRA...
After Vancouver Adopts IHRA, CBC Radio Interviews Fringe...
Qatar Prepares For The 2022 World Cup: Will...
Lawfare: Who is Using the Law More Effectively?...
Official Publication of the College of Physicians and...
Home Media Action Alerts2019 UPDATED: MTL Blog Deletes Article Which Portrayed Israel Independence Day Celebrations as “Protests” and “Demonstrations”

MTL Blog Editor-in-Chief Jeremy Hazan has told HonestReporting Canada that it wasn’t the intention of the author or MTL Blog to vilify Israel’s Independence Day and that the issue has been dealt with as the article has been removed from the MTL Blog website. 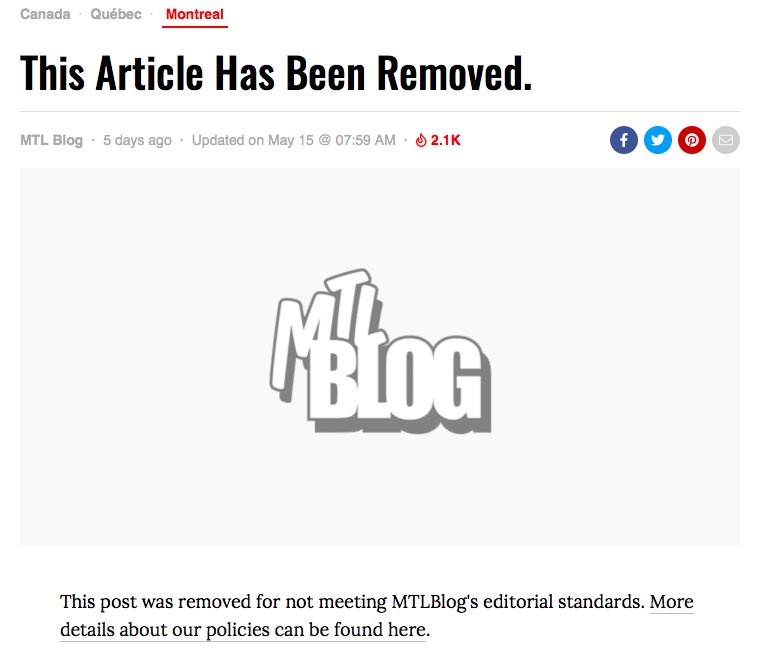 In what can only be described as an effort politicize an a-political event and to turn a celebration into a controversy, on May 10, MTL Blog wrongly portrayed Israel Independence Day celebrations in Montreal as “protests” and “demonstrations”.

The Mtl Blog “article” was written by staff writer Alexandra Toutant and the article featured the following headlines: 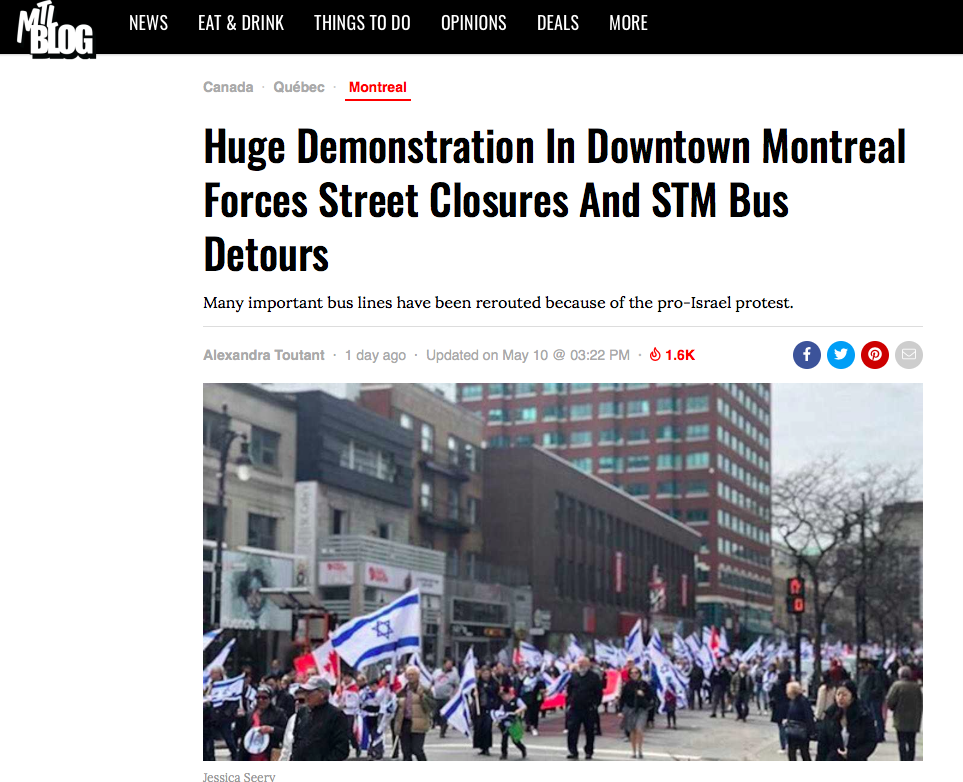 The article also said that: “Streets have been closed to allow the demonstrators to move through the streets.” 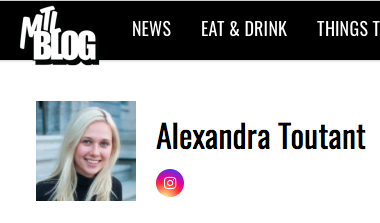 It’s false and terribly misleading a to characterize a pro-Israel rally to celebrate Israel’s 71st birthday and its independence day as a “demonstration” and “protest”. This was click-bait journalism at its worst.

The only thing that took place was a celebration and revelry for Israel’s birthday. Anything being claimed to the contrary is completely false. 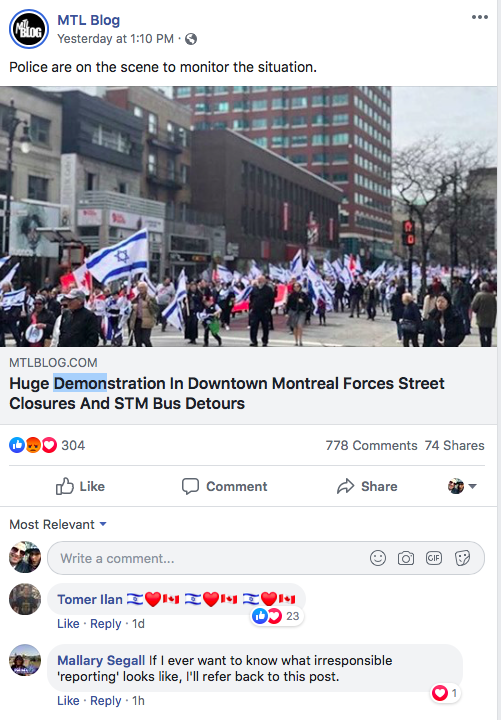 Importantly, the police were there to protect the people at the protest, not because there was a fear of what MTL Blog characterizes as a “protest” or “demonstration” would could get out of hand or turn violent.

It’s disturbing that this this unfair, biased and misleading article was read and disseminated widely by MTL Blog.

Thank you for reaching out with your concern! We always appreciate feedback and strive to improve. The STM and police provide the most neutral language available to us and we are bound to it. Moreover, the event is described on its website as a “rally,” which is defined as “a mass meeting of people making a political protest or showing support for a cause.” For these reasons, “demonstration” was the most appropriate term for us to use. Note, however, that the author does discuss celebrations on the inside of the article . Thank you again for messaging us. We have heard from several members of the Montreal community about this article and are taking the time to respond to each of them.”

MTL Blog’s response is wholly inadequate. HonestReporting Canada has filed a complaint with MTL Blog calling for immediate corrective action and we ask our subscribers now to communicate your concerns with the publication for claiming that Israel Day celebrations were protests and demonstrations. Please send emails to: info@mtlblog.com.