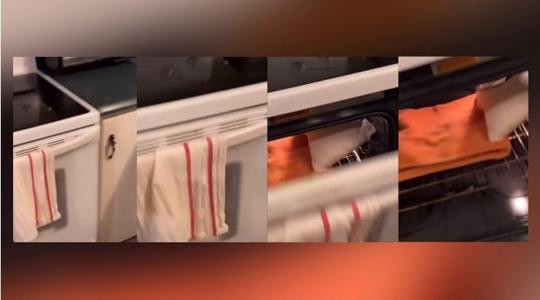 The Holocaust should NEVER be made into a joke and should be never exploited for a social media trend.

As was reported today by The Suburban newspaper, the Montreal police hate crimes unit is looking at an antisemitic video which shows a pillow and blanket in the poster’s oven, a reference to Jews burned in crematoria during the Holocaust. The video was posted to the popular social media platform Tik Tok, after they were alerted by Montrealer Lauren Lieberman.

HRC was quoted in the Suburban lauding Ms. Lieberman “for her efforts to expose this vile example of anti-Semitism and have it removed.”

Read the full report below: 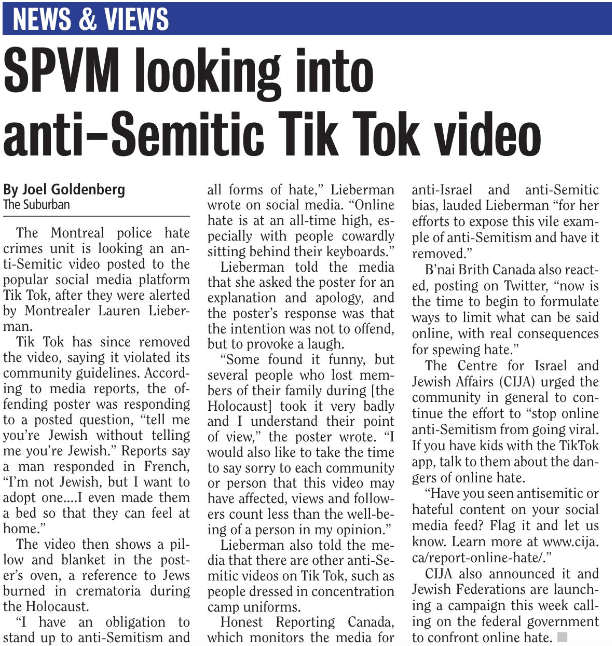