In the October 31 edition of the Montreal Gazette, a headline to an article on the building of new homes in the West Bank erroneously stated the following: 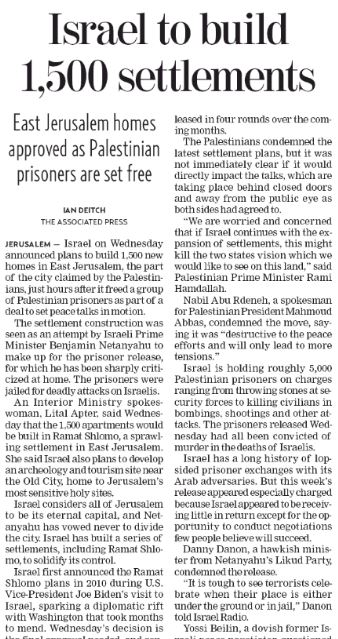 This statement was incorrect. As the Associated Press story went on the explain, there are plans to build new homes, not new settlements in Ramat Shlomo, a Jewish neighbourhood in East Jerusalem.

In the interests of a peace agreement, Israel has refrained from building new settlements in the West Bank and from expanding the territory of existing settlements. New homes are being built strictly within the boundaries of existing settlements. Indeed, the media hysteria over new homes inside Jewish neighbourhoods in east Jerusalem is a sad commentary on the media coverage of the peace process, which routinely fails to inform readers of two key facts: Jewish communities in what is now known as east Jerusalem were forcibly removed from their centuries’ old homes by the Jordanians in 1949. Their return is a re-settlement, not a new settlement, following their illegal eviction. Furthermore, such communities are expected to remain in Israel under any peace agreement just as Arab neighbourhoods, which also build new and many homes, are expected to be absorbed by a future Palestinian state.

HRC contacted senior editors at the Gazette who promptly and commendably issued the following correction:

Yesterday, HRC also contacted Radio-Canada regarding its own headline which wrongly stated that Israel called for tenders for its “new settlements”. 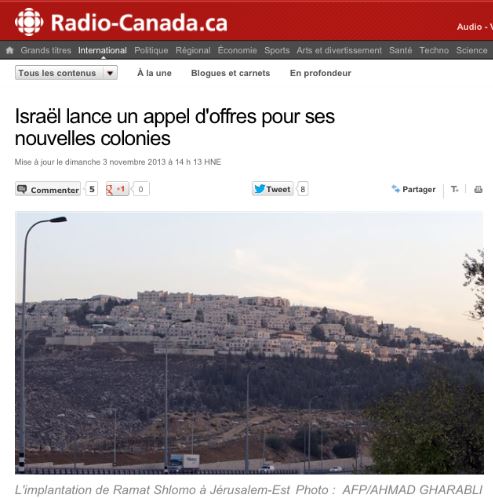 Following HRC’s complaint, Radio-Canada changed its headline which now reads: “Israel issues a call for tender for new housing in the West Bank and East Jerusalem” 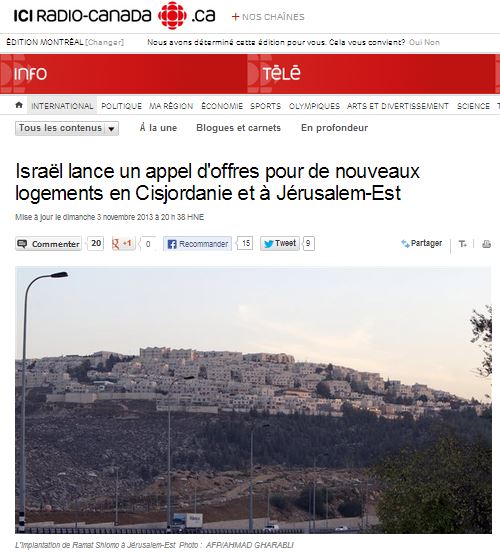