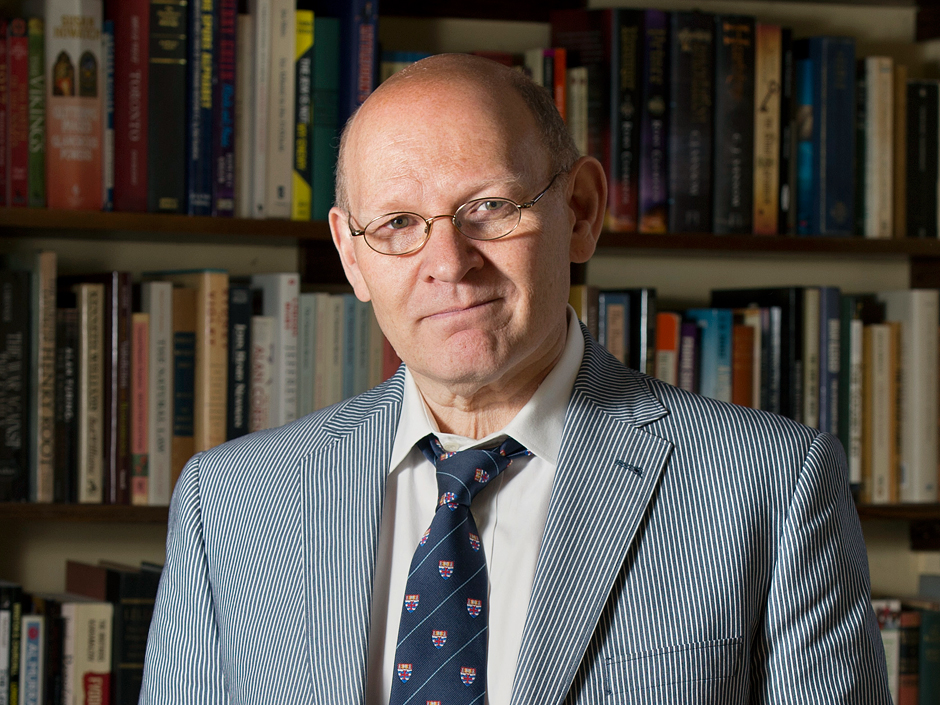 In his July 28 commentary in the Globe and Mail, commentator Michael Coren (pictured right) claimed that Labour Party leader Jeremy Corbyn “isn’t antisemitic, and neither is his party.”

Coren argued that “Genuine antisemitism… is extraordinarily rare” in Britain. Untold by Coren is that antisemitic incidents reached a record level in the UK, with the Jewish community targeted at a rate of nearly four times daily. There were 1,382 antisemitic incidents recorded nationwide in 2017 by the Community Security Trust. This was the highest tally that the trust, a charity that monitors antisemitism, has registered for a calendar year since it began gathering such data in 1984, according to the Guardian.

Jeremy Corbyn and the Labour Party are accused of defending antisemties, allowing bigots to serve in its ranks, running a party mired for promulgating anti-Jewish conspiracy theories, for being institutionally racist, and for showing contempt to Jews and Israel.

A joint editorial penned by the Jewish Chronicle, Jewish News and Jewish Telegraph claimed Corbyn poses an existential threat to Jewish life in the UK. A joint letter from 68 British rabbis from all shades of observance, called on Labour to adopt the full, unamended IHRA definition of antisemitism.

This is the single most astonishing front page we’ve run at @JewishChron in my decade here. It is totally without precedent. Our paper has been published since 1841. @JewishNewsUK and @JewishTelegraph are our rivals – in name, in business, and on stories pic.twitter.com/peRUPRnqIX

The Labour Party itself is looking into 250 complaints of anti-Semitic abuse. It’s noteworthy to mention that a UK lawmaker suspended by Labour admitted recently to spreading the ‘Jews drink blood’ libel. Meanwhile, Corbyn has issued an apology after the Times of London reported that he “hosted an event that compared the Israeli government to the Nazis at the House of Commons on Holocaust Memorial Day.”

In opposition to the British Jewish community and many of its own parliamentarians, Labour drew up its own contentious antisemitism guidelines. Whereas classical antisemitism targeted the Jewish people and religion, Labour removed examples of what’s regarded as “the new antisemitism,” when criticism serves to target the Jewish state for opprobrium.

Antisemitism does indeed hide in the veneer of criticism of Israel, and the widely-accepted IHRA definition serves to expose those incidents when Israel is demonized, met with double standards, and delegitimized, as explained in Natan Sharansky’s 3D test. Indeed, IHRA has been adopted by all 31 EU member countries, including the UK.

On January 2 Michael Coren wrote a column in IPolitics.ca where he claimed that  “As for New Zealand — the country has… no history of anti-Semitism beyond the odd basement-dwelling Nazi.” Our rebuttal can be found here.

It seems as though Michael Coren has somewhat of a history of coming to the defence of those accused of antisemitism. 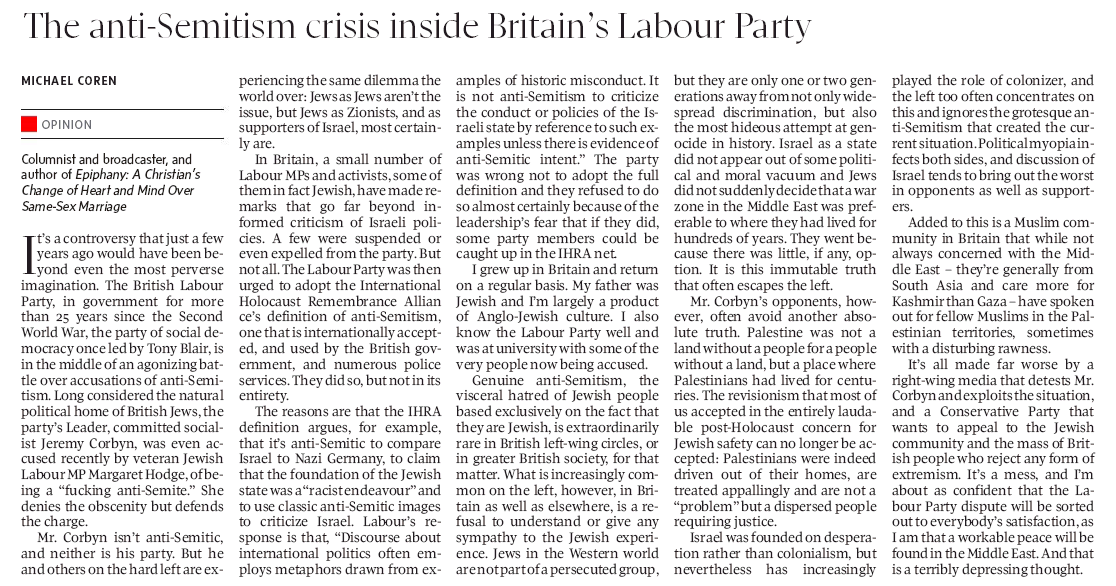