The only response Michael Coren could offer to our reasoned critique of his commentary which claimed that Israel oppresses Palestinian Christians, was to claim that HRC carried out an “immediate and unfair attack”. 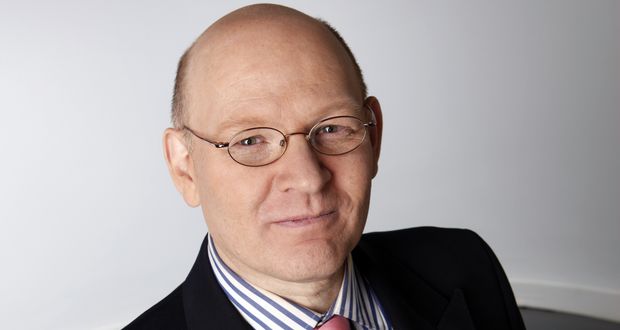 Writing in Now Magazine on April 27, commentator Michael Coren (pictured right) claimed that “Anybody who knows Palestinian Christians knows that it’s Israel rather than Islam that they consider the oppressor.”

Of course, this claim is without foundation. Indeed, the plight and flight of the region’s Christian population is due to Muslim extremists who have persecuted Christians through the violent imposition of radical Islam.

Times Online columnist Michael Gove has argued “The parlous position of Palestinian Christians, indeed the difficult position of most Christians across the Arab world, is a consequence not of Israeli aggression but of growing Islamist influence.” According to a report by the Jerusalem Centre for Public Affairs, the Christian population in the west bank and Gaza is likely to dissipate completely within the next 15 years as a result of increasing Muslim persecution and maltreatment.

Indeed, most west bank Christians live in cities such as Nablus, Jericho and Ramallah, which are under Palestinian Authority control. Once 15% of the population, Christians now make up less than 2%. Israel’ former Ambassador to the U.S. and current Member of Knesset, Michael Oren, has argued that “when Bethlehem was under Israeli control the city’s Christian population grew by 57%. But under the Palestinian Authority since 1995, those numbers have plummeted. Palestinian gunmen seized Christian homes—compelling Israel to build a protective barrier between them and Jewish neighbourhoods—and then occupied the Church of the Nativity, looting it and using it as a latrine. Today, Christians comprise a mere one-fifth of their holy city’s population.”

As an Ottawa Citizen editorial once observed: “Bethlehem, for many, many centuries an entirely Christian town, has now been largely depopulated of Christians. While this is generally explained, in media accounts, as the result of “harsh Israeli security measures,” other factors may well have contributed to the exodus, such as violent impositions of the Shariah code, the takeover of their church by Palestinian gunmen in 2002, and the hideous desecration that followed, the use of Christian homes by “militants” of both Fatah and Hamas as cover for the shelling of Jewish targets in south Jerusalem, and sundry murderous attacks on Christians around the town during the Al Aqsa Intifada and since. Against which background, the loss of the pilgrim trade has deprived the dwindling Christian community of their chief source of income. The town is now overwhelmingly Muslim, and may be Christian-free very soon.”

The U.S. State Department paints a grim picture of Hamas-run Gaza and the Palestinian Authority’s administration of the west bank, citing institutionalized discrimination by Hamas and the Palestinian Authority against the Christian minority under its control. The trend goes the opposite way in Israel where the Christian community’s population has quadrupled since the creation of the modern state of Israel in 1948.

Only in Israel is the Middle East Christian community growing. There are roughly 161,000 Christians living in the Jewish state, equaling about 2 percent of the population and up from 158,000 in 2012. As Oren observed: “Christians are prominent in all aspects of Israeli life, serving in the Knesset, the Foreign Ministry and on the Supreme Court. They are exempt from military service, but thousands have volunteered and been sworn in on special New Testaments printed in Hebrew. Israeli Arab Christians are on average more affluent than Israeli Jews and better-educated, even scoring higher on their SATs. This does not mean that Israeli Christians do not occasionally encounter intolerance. But in contrast to elsewhere in the Middle East where hatred of Christians is ignored or encouraged, Israel remains committed to its Declaration of Independence pledge to ‘ensure the complete equality of all its citizens irrespective of religion.’ It guarantees free access to all Christian holy places, which are under the exclusive aegis of Christian clergy. When Muslims tried to erect a mosque near the Basilica of the Annunciation in Nazareth, the Israeli government interceded to preserve the sanctity of the shrine.”

Israel has been praised for its efforts to safeguard the right to free practice of religion, conscience, and belief for all faiths; and has preserved, restored, and funded Christian, Muslim and Jewish holy sites and places of worship. Israel recognizes five religions: Judaism, Islam, Christianity, Druze and Bahá’í and all adherents have full rights under the law. Every year, hundreds of thousands of Muslims enjoy Ramadan in Jerusalem. Every Christmas, close to 100,000 pilgrims visit the Holy Land with tens of thousands visiting the Church of the Holy Sepulchre to take part in Easter celebrations in Jerusalem’s Old City, all in freedom, safety and security. It’s no wonder that Israel is the only place in the region where its Christian population is growing. In sharp contrast, Coptic Christians in Egypt suffer from persecution, discrimination, and are fearful of the rise of Muslim Brotherhood, while over a hundred thousand Christians have fled the civil war in Syria. Coren conveniently fails to mention that under Islamic rule, Christians are subjugated and treated as second class citizens, face brutal and unwarranted discrimination, their cemeteries are defaced, convents pillaged, all the while innocents are savagely attacked. In Saudi Arabia, for example, there are no churches and Christians are barred from practicing their religion.

CIJ News also points out that Coren claims that Islam tolerated Christians and saved them from extinction. The CIJ report notes that: “According to Coren, the US war in Iraq led by a Christian President and supported by Christian groups is the cause for the mass exodus of Christians from Iraq and Syria. The following are excerpts from Michael Coren’s article in Now Magazine:

The reality is that if Islam hadn’t tolerated Christians, there would be no followers of Jesus left after so many centuries of Muslim dominance in the Middle East.

In fact, many early Christian minorities welcomed Islam because Muslim rulers were more tolerant than Christian monarchs of a differing sect or denomination…

Ironically, and tragically, it was the U.S.-led Iraq war – under a Christian president with enormous conservative Catholic and evangelical support – that led to the mass exodus of Christians from Iraq, and something similar is now happening in Syria.”

Despite Michael Coren’s claims, let’s not be obtuse to the fact that Israel, in sharp contrast to the Arab world and the broader Middle East, is a safe haven for Christians, not its serial abuser.