One of the most egregious violations of journalistic standards is bias by omission. When important stories deserving of news coverage, gets ignored by journalists and news organizations. Ultimately, news consumers and our policy makers suffer when not informed of noteworthy global developments.

Yesterday’s deadly terror attack in the Israeli community of Har Adar was deserving of coverage by Canadian news organizations. That attack saw a Palestinian terrorist murder an Israeli policeman and two Israeli civilian security guards, two Jews and one Arab, while wounding a fourth seriously. Three young Israeli men pictured below: Solomon Gavriya (20), Or Arish (25) and Youssef Ottman (25), were murdered in cold blood. (The Palestinian terrorist was killed by responding forces). 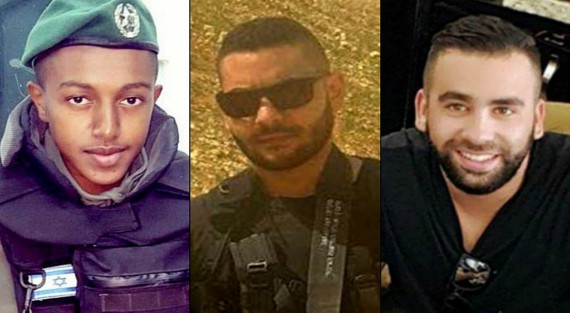 In the aftermath of the attack, Palestinian President Mahmoud Abbas’ Fatah party praised the terrorist as a “heroic martyr” instead of condemning the attack. Terror organizations Hamas and Islamic Jihad naturally lauded the attack and Palestinians celebrated their deaths by handing out sweets. In Canada, Foreign Affairs Minister Chrystia Freeland condemned the attack, as did Conservative Leader Andrew Scheer. 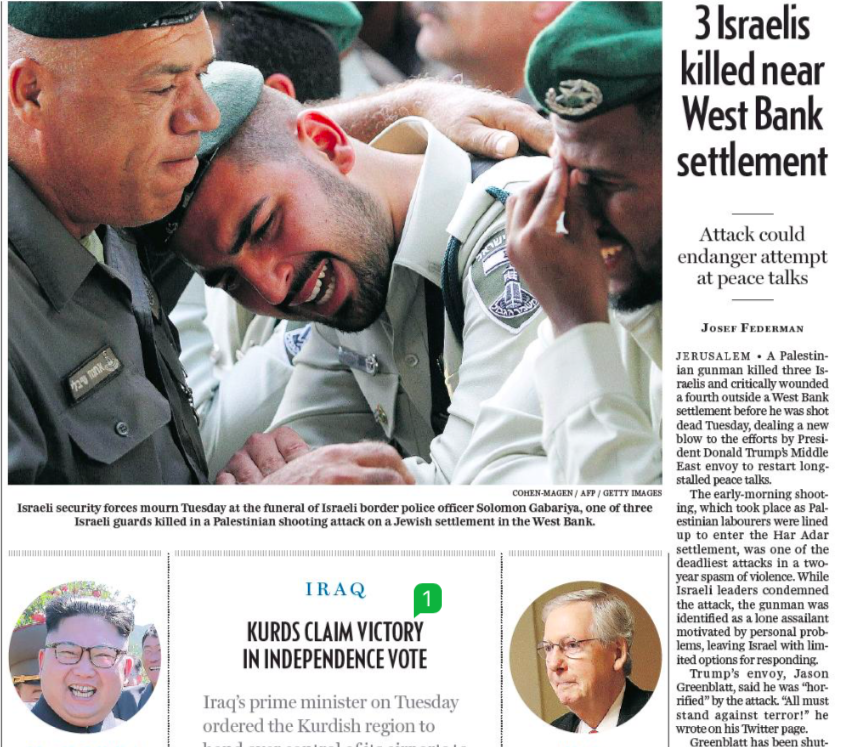 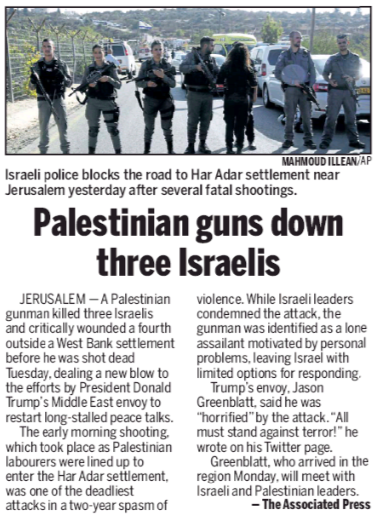 CBC TV and Radio featured reports throughout the day, some by Mideast Bureau Chief Derek Stoffel and CBC Online published an article too. CTV News followed suit with short reports on its many stations at various times and online via its website, as did Global News. 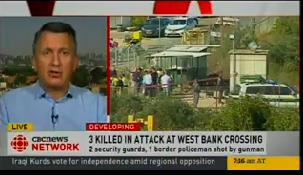 The Globe and Mail should have covered this Palestinian terror attack in its print edition which boasts a circulation of 300,000+ weekday readers and it still can. Please call on the Globe to produce coverage of the terror attack itself, of Palestinian incitement and government glorification of terror. Israeli lives matter. Send letters to:  letters@globeandmail.com.