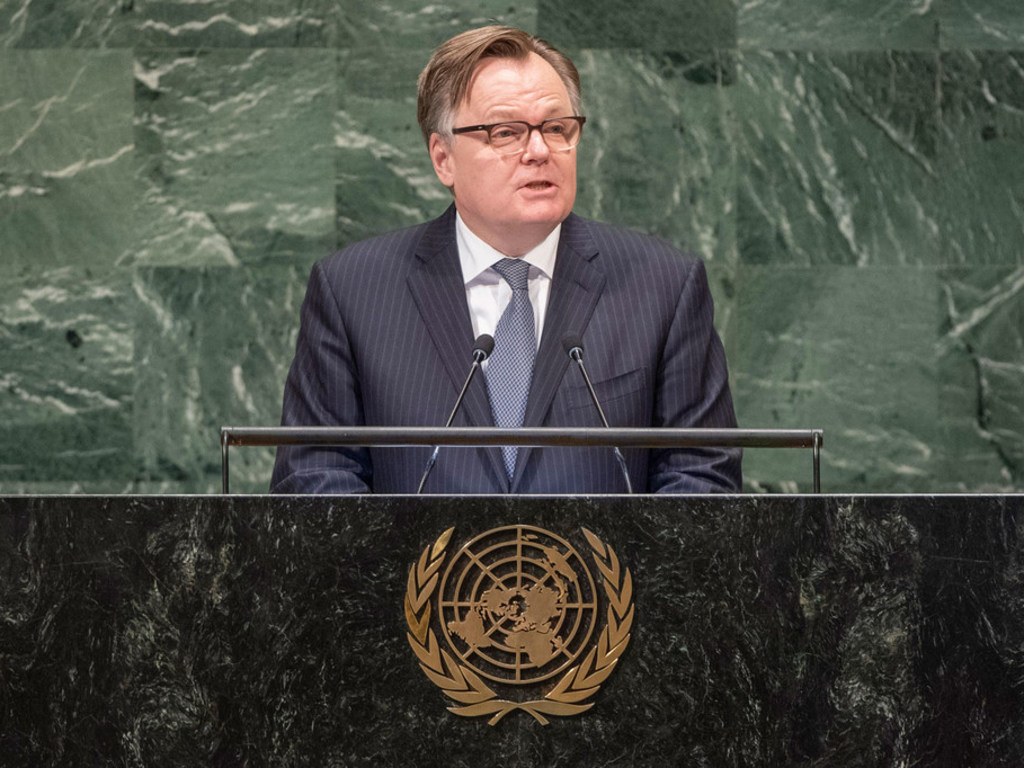 It went completely below the media’s radar – how Canada signaled that it was prepared to make Israel a sacrificial lamb and was willing to enter into a Faustian bargain with dictators, to secure a coveted seat on the United Nations Security Council.

In the final days of its campaign against Norway and Ireland for two available seats, Canada pushed back at critics of its bid by promoting its pro-Palestinian credentials and hiding its pro-Israel legacy.

On June 10, Marc-André Blanchard, Canada’s ambassador to the UN, penned a letter addressed to all member and observer states of the UN Security Council where he censured Israel for its plans to apply sovereignty to Judea and Samaria (the “west bank”) as being “contrary to international law” and for posing a “threat” to the two state solution. Not acknowledged by Mr. Blanchard, and completely ignored by the mainstream media, Israel says international law enshrines its rights to these lands, while citing pressing security concerns and biblical, historical and political connections to the land. The Jewish state plans to make the region Israel proper and to apply Israeli law to the Jordan Valley and 30% of Area C territory per the Oslo Accords of Judea and Samaria (“west bank”) per the Trump peace plan and consistent with past U.S. peace proposals that have long understood that Israel will retain these areas in a final peace accord.

Importantly, a nation cannot “annex” land which it has sovereign claims to. According to international law, these lands were promised to the Jewish people at the San Remo Conference in 1920 which led to the establishment in British-mandate Palestine of a national home for the Jewish people. Israel doesn’t regard the “west bank” as “occupied” because there was no sovereign prior to the defensive Six-Day-War in 1967. Jordan illegally occupied and administered the land from 1948-1967 after Israel’s War of Independence which was waged by pan-Arab armies seeking the nascent State of Israel’s destruction. Jordan didn’t have sovereignty over the land which was ruled under British Mandatory Palestine. As is commonly known, Israel accepted partition and the Arab world rejected it, instead, seeking the Jewish state’s annihilation.

In a recent report published by the official news agency of the Palestinian Authority, Wafa, Foreign Affairs Minister François-Philippe Champagne reiterated Canada’s objection to Israel’s sovereignty application, telling Palestinian Minister of Foreign Affairs and Expatriates Riyad Malki that if Canada was elected as a member of the United Nations Security Council, it will not remain silent. This was an implicit dog whistle to the vote-rich Arab bloc that should you vote for Canada, it would use its clout and influence on the Council to put Israel in the crosshairs, and would turn its back on one of its most trusted friend and ally. 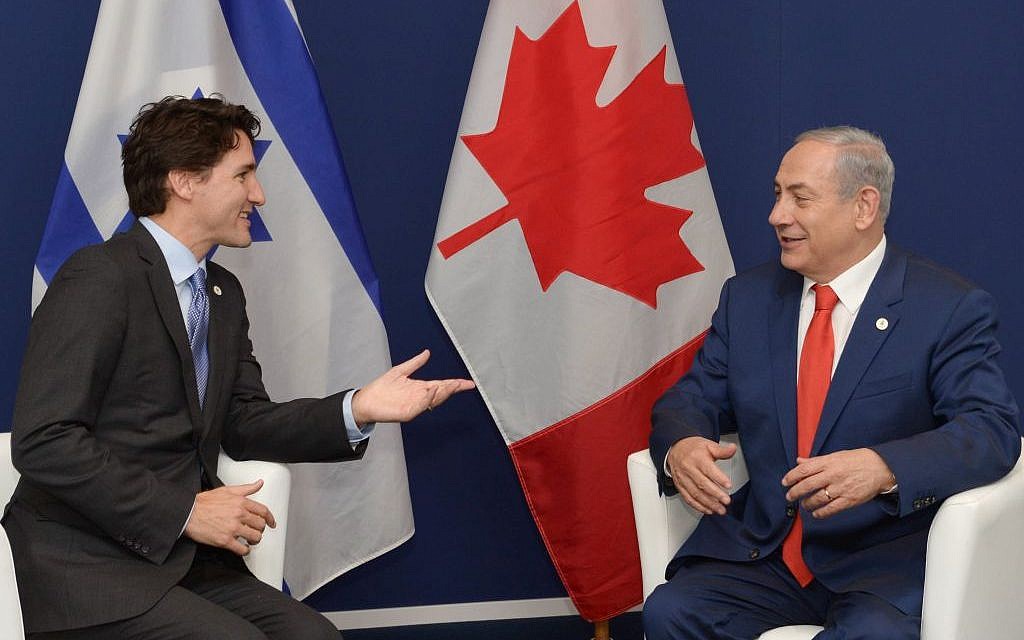 This follows how last November, Canada voted against Israel and with the Jewish state’s enemies at the UN, dropping its traditional neutrality by siding with the Palestinians against Israel on a resolution centered on self-determination. Canada broke with bi-partisan tradition and a principled 10-year record in opposing one-sided resolutions, joining a who’s who of rogue, tyrannical and human rights offending nations, by singling out Israel for opprobrium at the UN.

The resolution rebuked Israel for its anti-terrorism security barrier which has saved countless lives on both sides of the conflict, has reduced friction and prevented bloodshed. Not surprisingly, there wasn’t any reference to rampant Palestinian incitement, corruption and intransigence to peace.

At the time, UN Watch Executive Director Hillel Neuer observed that Canada’s “trading its bedrock principles of fairness and equality for a UN Security Council seat does not bode well for a free and democratic society.” Niki Haley, former U.S. Ambassador to the UN, said Canada made a deal with the devil and committed “cultural corruption” with this vote.

The anti-Israel resolution sponsored by North Korea, Egypt, Nicaragua, Zimbabwe, and the Palestine Liberation Organization, condemned Israel for “occupying” the Jewish quarter of its eternal and undivided capital, Jerusalem and its most cherished holy sites. (In Blanchard’s letter, it was noteworthy that he highlighted how Canada officially doesn’t recognize this land as being part of Israel).

Israel regarded the resolution as part and parcel of an ongoing effort to deligitimize the country. In diplomatic language, Israel said it was “very disappointed” with Canada and felt blindsided. In his June 10 letter, Blanchard proudly cited Canada’s support for this anti-Israel resolution, bizarrely claiming that it served to safeguard the two-state solution from various “threats”.

Blanchard also boasted of Canada’s decision to continue to support and to expand funding to UNRWA, the United Nations Relief and Work Agency, that the U.S. cancelled $217-million dollars of funding as it considered the organization “irredeemably flawed” and counterproductive to peace. Instead of working to resettle Palestinian refugees, UNRWA only perpetuates and exacerbates the situation and is therefore part of the problem, not part of the solution. UNRWA has long 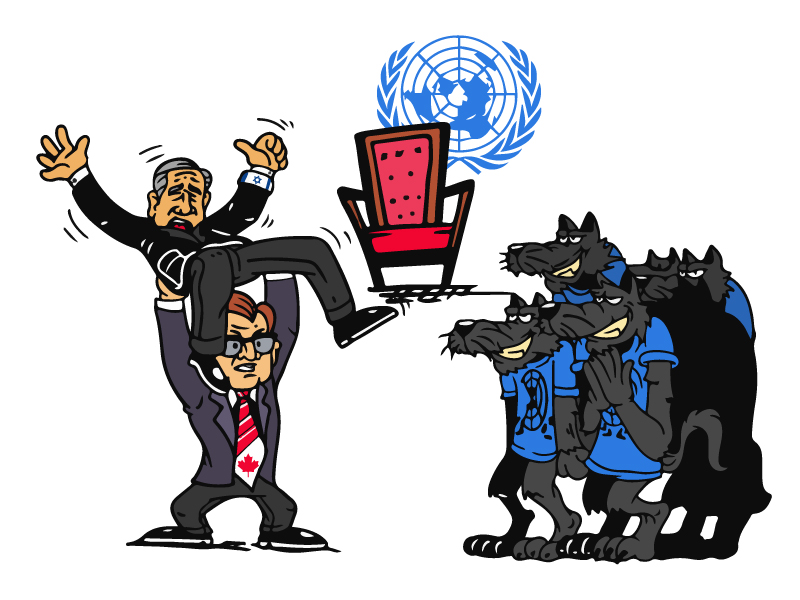 been linked to the Hamas terror group and has been condemned for having terrorists on its payroll, for its lack of neutrality, having rockets stored and launched from its facilities and its staff’s incitement to violence, hatred and antisemitism.

With a budget over a billion dollars, and with Canada being one of its biggest donor countries, having given more than $110-million dollars in the last five years, Canadian tax dollars are being wasted. Importantly, a recent internal UNRWA investigation found that the organization is rife with corruption, nepotism, discrimination, and other ethical abuses. Despite this, Canada continues to fund UNRWA.

At the kangaroo court known as the UN – a place where the inmates run the asylum and where the Arab and Muslim world wield an automatic majority, Canada’s throwing Israel to the wolves so that it could get a rotating seat on the Security Council is morally repugnant.