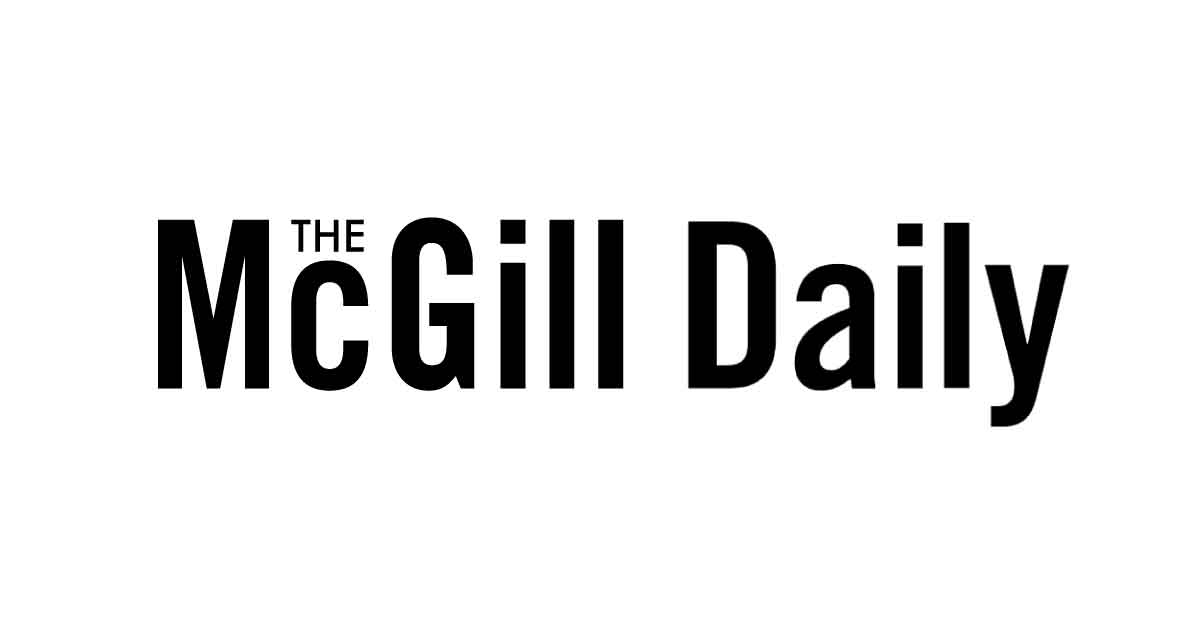 On January 20, The McGill Daily, a campus paper accused of antisemitism for its anti-Zionist stance, known for singling Israel out for exclusive condemnation, and whose content is created partly by anti-Israel groups, published a letter to the editor from Dr.  Noam Schimmel, Associate Fellow at McGill’s Centre for Human Rights and Legal Pluralism, which took the paper to task for its discriminatory and bigoted anti-Zionism policy.

HRC previously took the paper to task and met with McGill University officials in person to register our concerns. This is now the third pro-Zionism commentary that the Daily has published since November 2019.

We encourage you to read and recirculate the excellent letter by Dr. Schimmel below:

It is distressing as an Associate Fellow at the Centre for Human Rights and Legal Pluralism to see that in your recent commentary on Israel and Zionism you ignore international law and international human rights law, relying on your own, and other subjective and highly tendentious and incomplete interpretations of historical texts that informed the movement for Israel’s creation to determine – in your mind – Israel’s legitimacy. 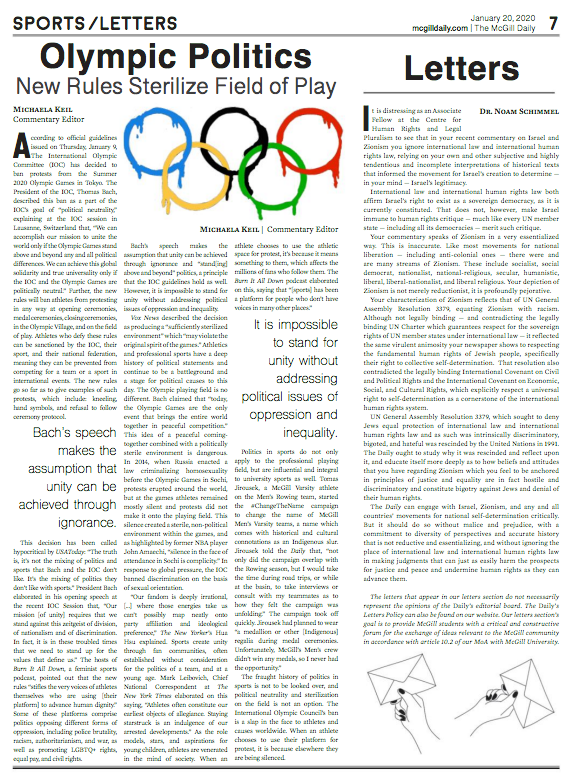 International law and international human rights law both affirm Israel’s right to exist as a democracy, as it is currently constituted. That does not, however, make Israel immune to human rights critique – much like every UN member state – including all its democracies – merit such critique.

Your commentary speaks of Zionism in a very essentialized way. This is inaccurate. Like most movements for national liberation – including anti-colonial ones – there were and are many streams of Zionism. These include socialist, social democrat, nationalist, national-religious, secular, humanistic, liberal, liberal-nationalist, and liberal-religious. Your depiction of Zionism is not merely reductionist, it is profoundly pejorative.

Your characterization of Zionism reflects that of UN General Assembly Resolution 3379, equating Zionism with racism. Although not legally binding – and contradicting the legally binding UN Charter which guarantees respect for the sovereign rights of UN member states  under international law – it reflected the same virulent animosity your newspaper shows to respecting the fundamental human rights of Jewish people, specifically their right to collective self-determination. That resolution also contradicts the legally binding International Covenant on Civil and Political Rights and the International Covenant on Economic, Social, and Cultural Rights, which explicitly respect a universal right to self-determination as a cornerstone of the international human rights system.

UN General Assembly Resolution 3379, which sought to deny Jews equal protection of international law and international human rights law, and as such was intrinsically discriminatory, bigoted and hateful was rescinded by the United Nations in 1991. The Daily ought to study why it was rescinded and reflect upon it, and educate itself more deeply as to how beliefs and attitudes that you have regarding Zionism which you feel to be anchored in principles of justice and equality are in fact hostile and discriminatory and constitute bigotry against Jews and denial of their human rights.

The Daily can engage with Israel, Zionism and any and all countries’ movements for national self-determination critically. But it should do so without malice and prejudice, with a commitment to diversity of perspectives and accurate history that is not reductive and essentializing, and without ignoring the place of international human rights law in making judgements that can just as easily harm the prospects for justice and peace and undermine human rights as they can advance them.