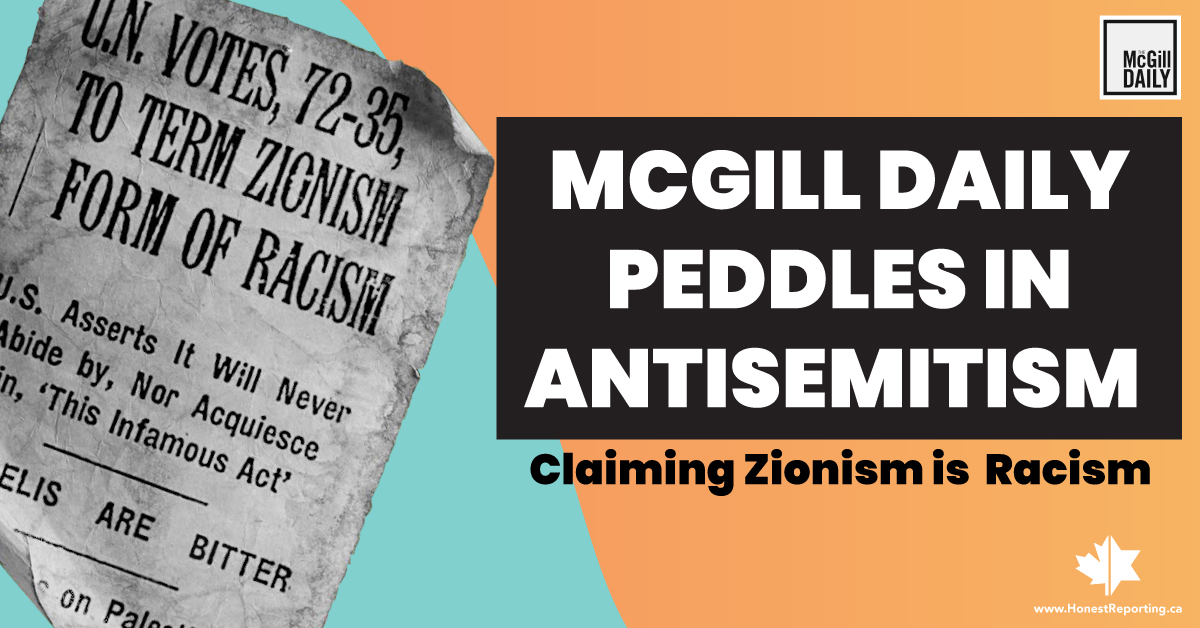 In its September 3 edition to inaugurate the new school year, the McGill Daily produced content claiming that Zionism is a form of racism and a “colonial establishment”. 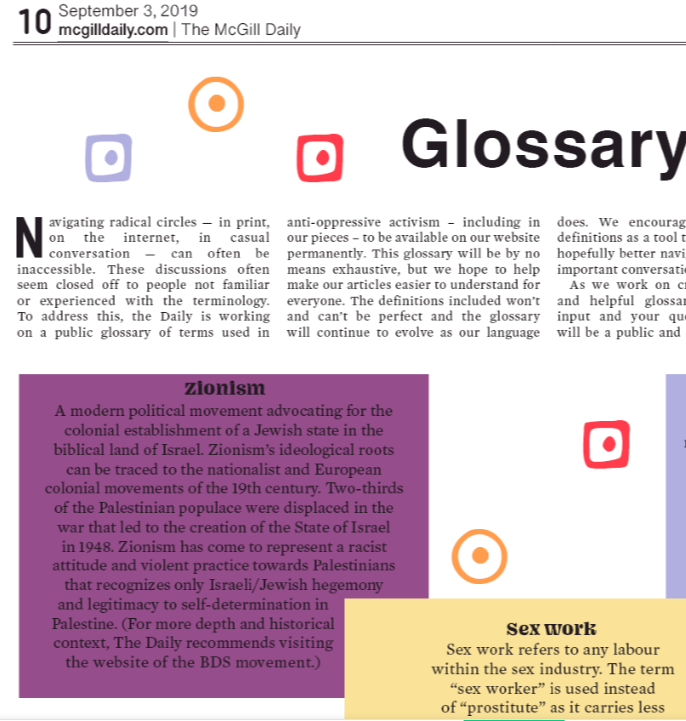 This is hardly surprising coming from a “newspaper” which officially bans commentary from pro-Zionist voices. As HRC has said previously, the McGill Daily’s censorship of pro-Zionist opinions has racist overtones and xenophobic dimensions. 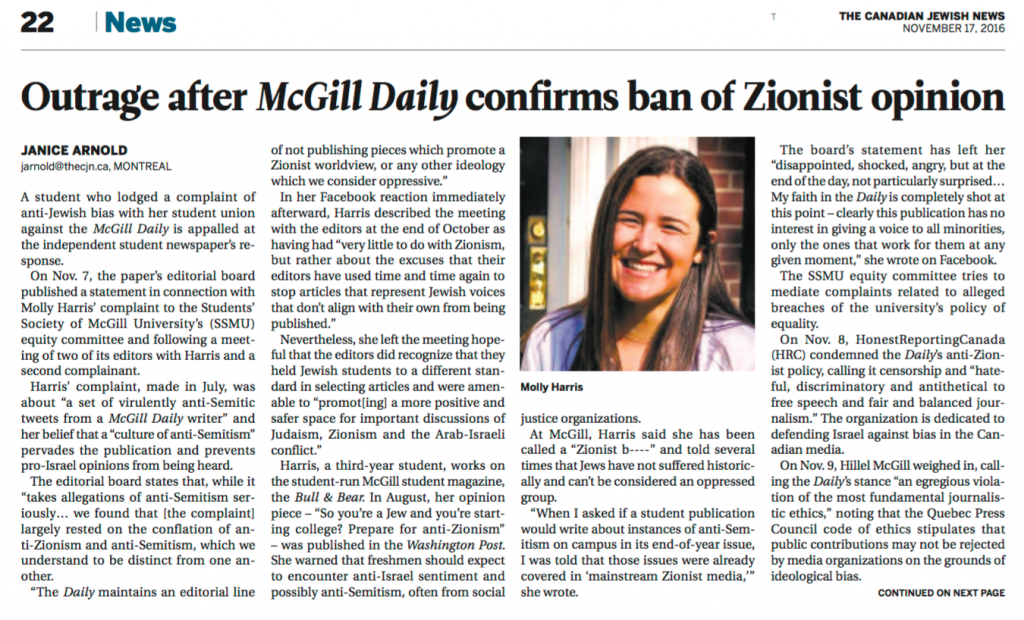 The slur that “Zionism is racism” came in 1975 when the UN General Assembly adopted Resolution 3379 slandering Zionism by equating it with racism. Zionism is defined as the Jewish people’s national liberation movement, which holds that Jews, like any other nation, are entitled to a homeland and for the resumption of Jewish sovereignty in the Land of Israel.

Jews are the indigenous people of the land of Israel and have lived there, uninterrupted, for over 3,000 years. The Jewish people have a legitimate religious, legal and ancestral claim to the land of Israel. You cannot “occupy” your own land and to present Jews as usurpers denies Jewish rights and Jewish self determination in their historic homeland. The establishment of the State of Israel in 1948 was not a by-product of “colonialism”. In fact, Israel supported the Partition Plan which would have created separate Jewish and Arab states. Sadly, the Arabs rejected the plan and waged war, which caused the displacement of hundreds of thousands who were encouraged by the Arab world to leave the area en masse.

The origins of the so-called Palestinian-Arab “Naqba” were caused by a war of annihilation launched against the nascent Israeli state by neighbouring Arab armies. It was in 1948 that the Arabs refused to establish a state side-by-side with the Jewish one.

In 1991, the UN General Assembly repealed the odious “Zionism is racism” resolution. This smear is a deliberate effort to delegitimize the Jewish right to a national homeland and to undermine the nationalist movement of the Jewish people.

Importantly, the IHRA (International Holocaust Remembrance Association)’s definition of antisemitism asserts that “Denying the Jewish people their right to self-determination, e.g., by claiming that the existence of a State of Israel is a racist endeavour” is antisemitism.

Shame on the McGill Daily for peddling in antisemitism by claiming that Zionism is a form of racism. Please share HonestReporting Canada’s article to name and shame the McGill Daily.