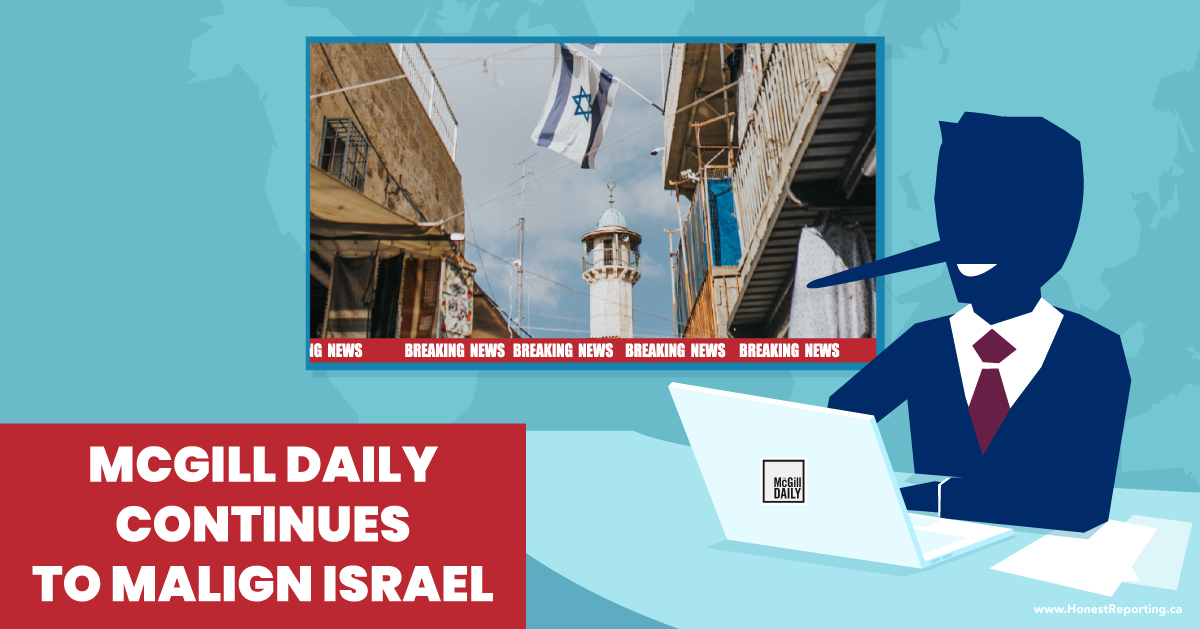 Up to its old tricks, the McGill Daily continues to malign Israel on its pages. This is not surprising from a publication which recently peddled in antisemitism by claiming that Zionism is racism and for having an editorial policy of banning Zionist opinions.

On the September 30 edition, the Daily featured a polemic by its Science and Technology editor, Willa Holt, about “Israel’s September Knesset Election”. 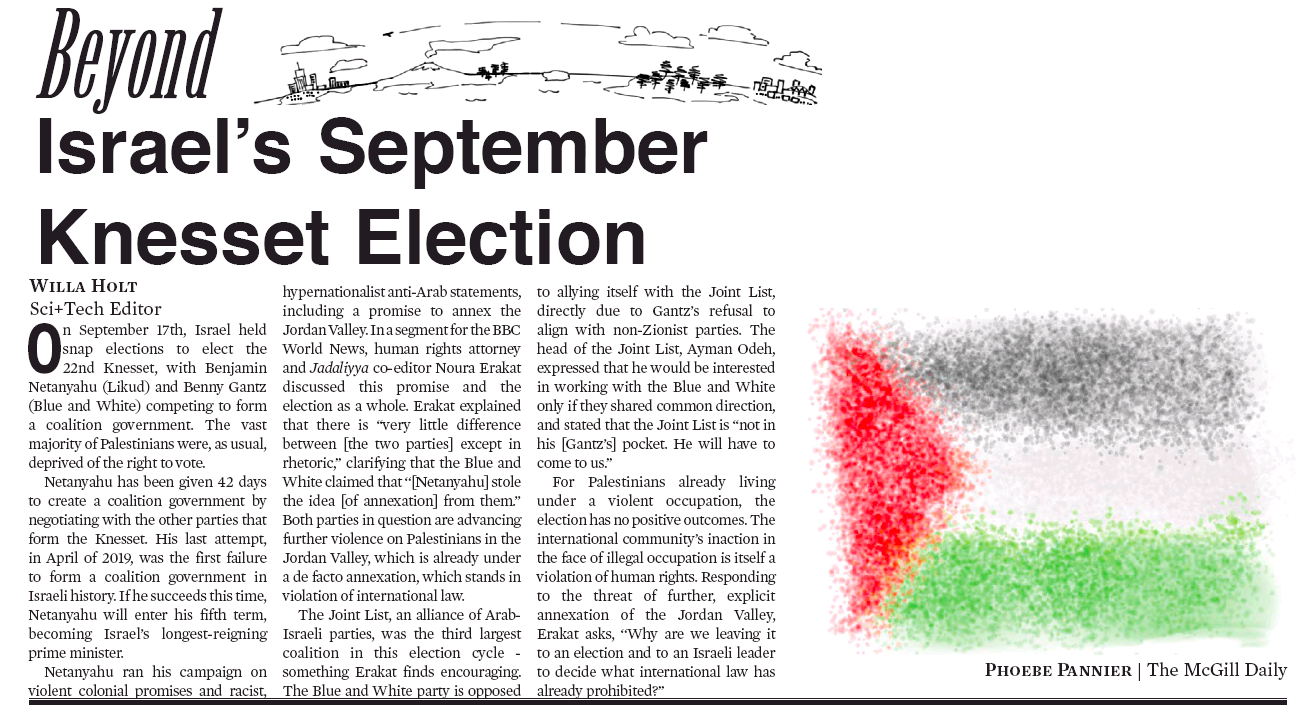 How did the Daily depict Israel? With a Palestinian flag, a freudian slip perhaps!

Instead of providing a neutral analysis of Israeli democracy in action, here’s how Ms. Holt described Israeli Prime Minister Netanyahu:

Netanyahu ran his campaign on violent colonial promises and racist, hypernationalist anti-Arab statements, including a promise to annex the Jordan Valley”

Holt later claimed that: “Both parties (Blue & White and Likud) in question are advancing further violence on Palestinians in the Jordan Valley, which is already under a de facto annexation, which stands in violation of international law.”

If this isn’t opinion disguised as news, then what is? On what basis can these Israeli political parties be said to have advocated for “advancing further violence on Palestinians…”? As well, it goes without saying that Israel disputes claims that its presence in Judea and Samaria (the “West Bank”) is in violation of international law. Israel claims it has legal standing to presently administer these areas and it asserts ancestral and religious rights too.

Holt concludes by observing the following: “For Palestinians already living under a violent occupation, the election has no positive outcomes. The international community’s inaction in the face of illegal occupation is itself a violation of human rights.”

So much for journalistic objectivity!

Contrary to Ms. Holt, irrespective if Netanyahu wins the election and forms a coalition government, he is the longest-reigning prime minister.

Lastly, Holt’s claiming that “The vast majority of Palestinians were, as usual, deprived of the right to vote” is laughable. As HonestReporting has observed: “Just as Israeli citizens vote in Israeli elections, Palestinians vote in Palestinian Authority elections, which were set up within the framework of the 1993 Oslo accords (see Annex I).” Trouble is, there haven’t been Palestinian elections in 15 years!

The real issue worth exploring is the lack of democracy in the Palestinian-Arab claimed territories.

HRC will continue to monitor the daily and to name and shame it. Please help spread the word by making this alert go viral.