Mahmood Abbas is Yasser Arafat with a Tie 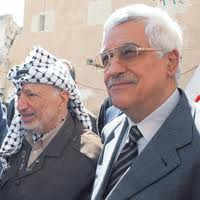 Mahmood Abbas is Yasser Arafat with a Tie. So says Jonathan Schanzer, Mideast expert at the Foundation for the Defense of Democracies and author of “State of Failure: Yasser Arafat, Mahmoud Abbas and the Unmaking of the Palestinian State”.

Writing in the  Globe and mail on Wednesday, Schanzer examined the Palestinian leadership deficit and the chronic abuses of power and mismanagement that are common across the Arab world. From Arafat to Abbas, the Palestinian leadership has been distinguished by corruption, lack of accountability and authoritarianism which, Schanzer reminds readers, “was key to giving the terrorist group Hamas, which ran on a platform of clean governance, the boost it needed to win the Palestinian elections in 2006. The political stalemate that followed ultimately led to a civil war in 2007 whereby Hamas conquered the Gaza Strip by force, yielding an unsustainable split between the West Bank and Gaza that persists today.”

Schanzer notes that world leaders today elect “to ignore the abuses within the PA. Today, the international community, led by the United States, is yet again pushing the Palestinians and Israelis toward a two-state solution. And Washington still has not learned its lessons. The State Department continues to give short shrift to the internal challenges dogging the PA, which is widely seen by the Palestinian street as a seal of approval for the ongoing abuses. This is a dynamic that will continue to push the Palestinians into the hands of Hamas. This is hardly a blueprint for peace. Nor is it a blueprint for successful statehood. If anything, the current course, if uncorrected, will put the Palestinians on track for a different state: a state of failure.”