UPDATE: November 17, 2016: Following the issuance of HRC’s media action alert on November 7 which called on our subscribers to condemn a Maclean’s Magazine photo essay for giving a platform to Palestinian propaganda, in the November 28 edition, the following letter by HRC subscriber David Sherman was published which took Maclean’s to task:
Re: Maclean’s Magazine: David Sherman, Toronto, “The Whole Picture”
http://www.macleans.ca/news/letters-you-smug-and-arrogant-eastern-liberal-elites/
Your photo essay shows destruction, but fails to explain why there was “Israeli shelling” and “the Israeli-Gaza conflict that destroyed much of Beit Lahiya,” leaving the uninformed reader to draw conclusions that Israel attacked Gaza for no reason, leaving misery in its wake. The photo essay should have provided some context, and should have described Israel‘s actions as a defensive war against thousands of rockets and dozens of tunnels aimed at Israeli civilians. Describing and showing the destruction without context merely reinforces the false narrative sold to the public that Israel is at fault.
********
A six page photo essay published in Maclean’s Magazine on October 31 about Palestinian street workouts in the rubble of Gaza, was devoid of any context about what caused the 2014 war between Israel and Hamas and what brought about the ensuing damage of parts of Gaza.

Untold in Nikki Wiart’s essay is how Hamas, a bona fide and outlawed terror group fired 3,700 rockets at Israeli citizens and dug 32 terror-attack tunnels in

attempts to murder innocents and/or kidnap Israelis to hold them for ransom as bargaining chips.
Israel had no choice and every responsibility to safeguard its populace from being relentlessly bombarded by deadly mortars and rockets fired by Hamas and other Palestinian terror groups, intent on murdering and maiming innocents. 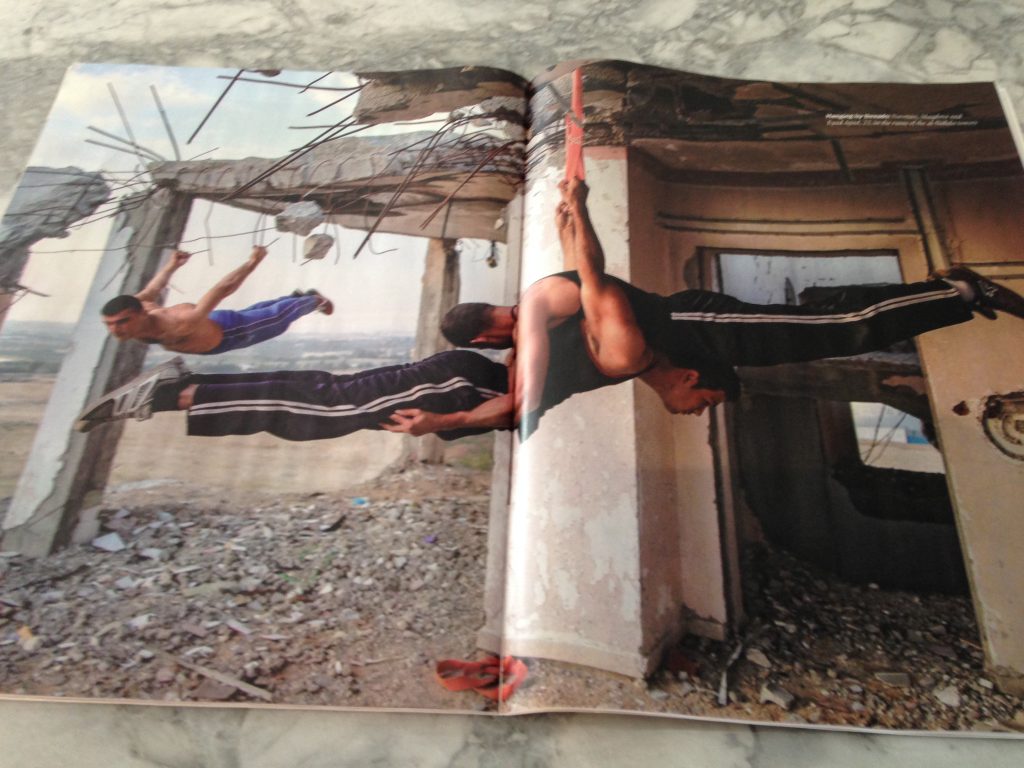 Israel also undertook every effort to safeguard the lives of innocents, while Hamas took every effort to place its weapons and fighters next to and within civilian installations like United Nations buildings, hospitals, schools and residential areas. In so doing, Hamas committed double war crimes and crimes against humanity by firing on civilians while hiding behind civilians.
In the interests of balance, Maclean’s would be well served by publishing photos of these deadly rockets, of Israeli civilians terrified in bomb shelters and being treated in hospitals, and of Hamas terrorists in civilian clothing shooting rockets at Israeli civilians. That would paint a balanced and contextualized picture of the conflict.
Please send your considered comments to Macleans directly at letters@macleans.ca to challenge their biased October 31 photo essay by Nikki Wiart which lacked context about the 2014 Gaza War.