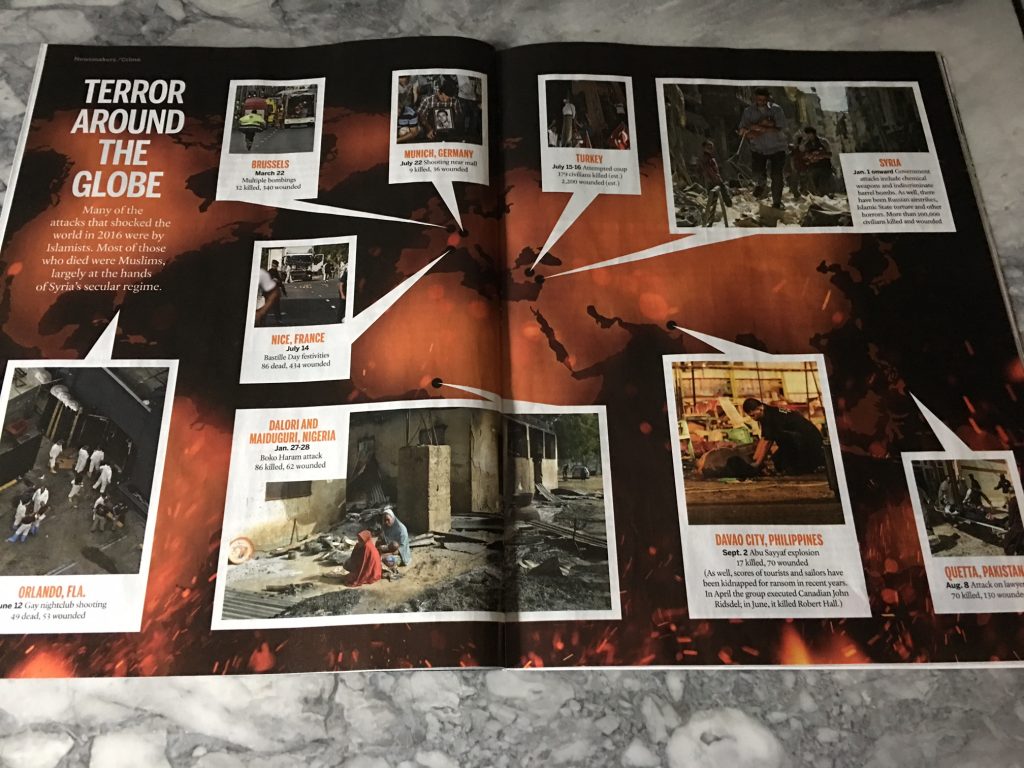 As Maclean’s put it: “Many of the attacks that shocked the world in 2016 were by Islamists. Most of those who died were Muslims, largely at the hands of Syria’s secular regime.”

And yet, during the unrelenting wave of terror in Israel from September 2015 to present day, 42 people have been killed in terrorist attacks and 577 people (including 4 Palestinians) were injured.

Israel’s Ministry of Foreign affairs says “There have been 166 stabbing attacks and 89 attempted stabbings; 109 shootings; 47 vehicular (ramming) attacks; and one vehicle (bus) bombing.” 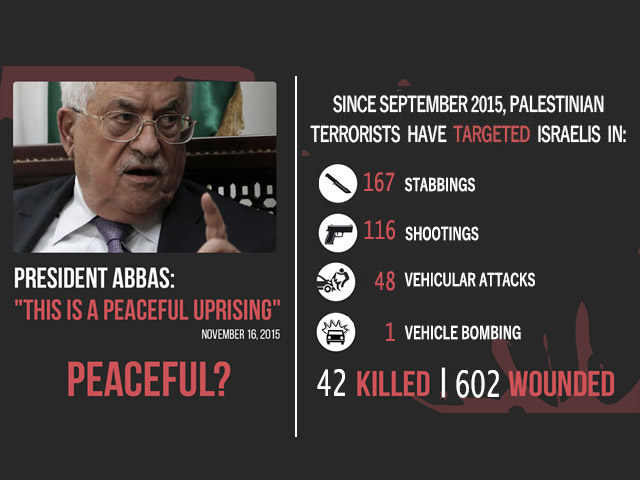 Israel says that the recent series of attacks against Israelis is the direct result of incitement by radical Islamist and terrorist elements, calling on Palestinian youth to murder Jews.

For some reason, hundreds of Palestinian terror attacks that killed dozens of people and injured hundreds was not worthy of news coverage by Canada’s national magazine.

Please communicate your concerns to Maclean’s directly and encourage this magazine to cover and acknowledge the wave of Palestinian terror attacks against Israelis. Send letters to: letters@macleans.ca