On the flagship CBC Radio program The World at Six on June 15, former Mideast bureau chief Margaret Evans filed a lengthy report that was unfair and inaccurate in her coverage of the flag march in Jerusalem by Israeli nationalists and of recent conflicts and disputes between Israelis and Palestinian-Arabs.

Listen to the report below:

For starters, three times in this three minute and thirty second report, the CBC made reference to “Occupied East Jerusalem.” No mention was made by Evans that in 1967, Israel and the Jewish people re-acquired the eastern portion of Jerusalem in a war of self defense from Jordan, who had illegally occupied the area since 1948. In 1980, Israel applied sovereignty to the area recognizing its preexisting claims to the lands. While the international community does not recognize Israeli sovereignty in east Jerusalem, Israel considers the land its eternal and undivided capital. 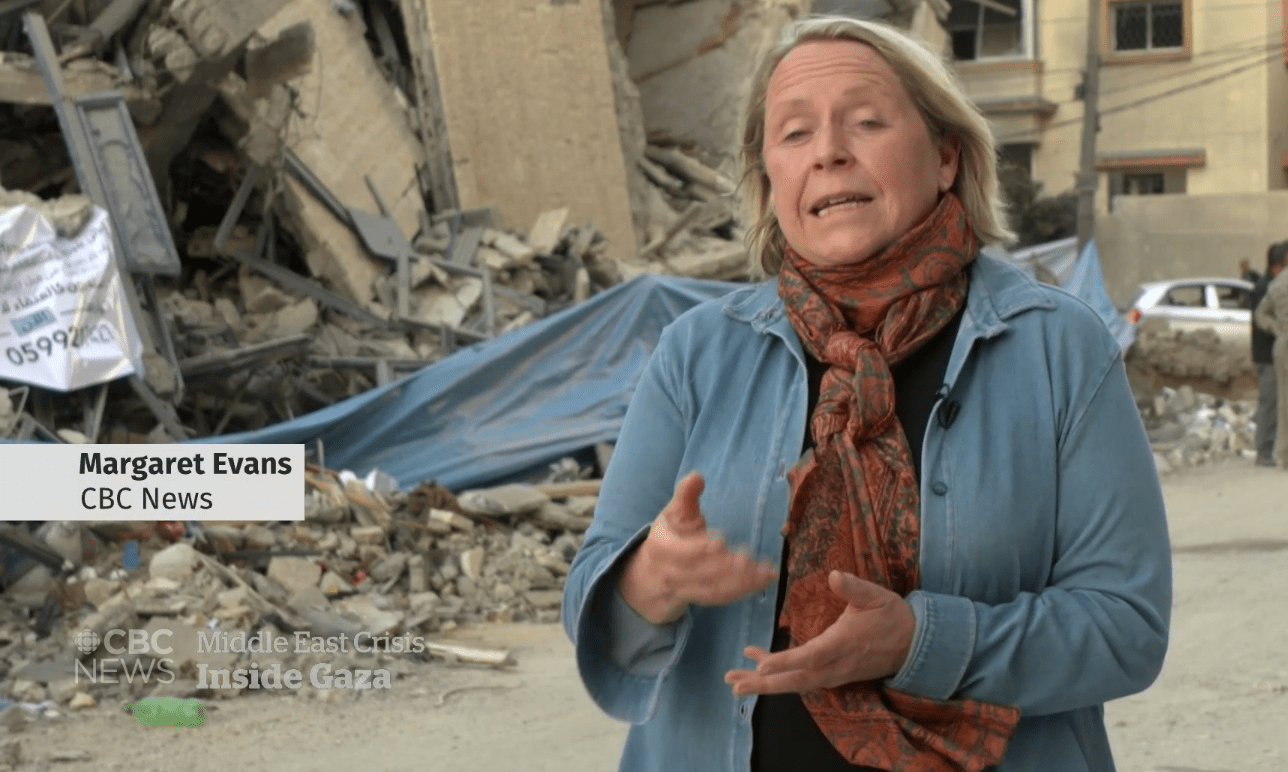 On the dispute in Sheikh Jarrah, where some Palestinian-Arabs are slated for eviction for refusing to pay rent on property that they are tenants and which Jews claim ownership, Margaret Evans erroneously said: “…  May 10… coincided with tensions over Palestinian evictions from Occupied East Jerusalem” (sic: evictions, that have not taken place). CBC must correct this error and acknowledge that these are merely “proposed” evictions, or “evictions that are being contested at the Israeli Supreme Court.”

Lastly, Evans spoke of “what many called heavy handed Israeli policing around the Al Aqsa Mosque that left hundreds of Palestinians injured”. Evans failed to acknowledge the violent Palestinian/Arab rioting that saw Israeli police injured as they hurled large rocks, fireworks and Molotov cocktails that they had stashed in the Mosque, a revered place of worship.

HonestReporting Canada has conveyed these concerns directly to CBC News to sensitize our public broadcaster to our concerns and to call for corrective action. Stay tuned to this page for future updates.