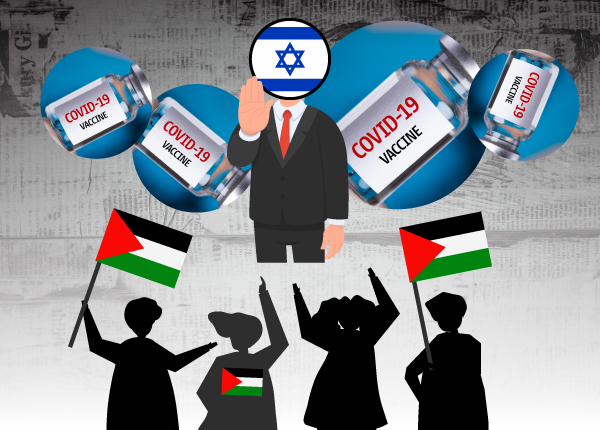 On June 18, CBC Radio featured an uncritical report by journalist Rebecca Collard on how the Palestinian Authority rejected a supply of 1.4 million COVID vaccines from Israel saying they are too close to expiry and didn’t pass their safety check.

You can listen to the report by clicking here or on the media player below:

It was concerning that CBC reporter Rebecca Collard didn’t challenge the Palestinian Authority for its stated reasons for rejecting the COVID-19 inoculations.

As HonestReporting’s Akiva Van Koningsveld pointed out: “The exchange with Israel would have allowed hundreds of thousands of Palestinians to be vaccinated months earlier than planned, thus placing the PA’s vaccination program ahead of many countries in the Middle East.”

“An Israeli security official said that the Pfizer shots were still good for another two weeks, which would have given the PA plenty of time to utilize the shipment. In fact, al-Kaila on Friday told the PA-run WAFA news agency that Palestinian health officials are capable of inoculating ‘about 80,000 citizens on a daily basis in more than 90 vaccination centers in the West Bank and Gaza Strip.’ In other words: The 90,000 vaccines from Jerusalem could have already been administered over the weekend, but the PA nonetheless opted to reject the offer.

This, even though Israel has asserted that the expiration dates were known when the deal was struck. “The COVID vaccines we gave the Palestinian Authority were perfectly valid,” a statement from the Israeli Health Ministry added. “The Palestinians received the same vaccines that are currently given to Israelis.” Indeed, if stored correctly, there is no reason to believe that the quality of the COVID shots will deteriorate before the expiration date.

The PA could have had enough to fully inoculate some 24 percent of all Palestinians in the West Bank, or over 35 percent of the Gaza Strip.”

Under pressure from Hamas, the Palestinian Authority rejected the 1.4 million Pfizer vaccine doses offered by Israel, saying they don’t “meet our standards.” But they’re the same vaccines given to Israelis. Now three other countries are asking for them.

With respect to this CBC report, it goes against CBC policy for its journalists to regard Gaza as being “occupied,” but Ms. Collard has done just that by claiming that it is, despite how Israel disengaged from Gaza in 2005, removing its 8,500 settlers, 21 settlements and its combined armed forces. There is no Israeli presence in Gaza (except for several Israeli soldiers that Hamas is holding captive and the remains of deceased IDF soldiers killed in battle).

Secondly, Collard said: “Israel has been a world leader in vaccine rollout with more than 55% of eligible adults already having received shots, but Israel came under international criticism for not providing vaccines to the millions of Palestinians under its military occupation in the West Bank and Gaza.”

CBC News told HonestReporting Canada that it felt that this was a short report that didn’t require any of the aforementioned context. Of course, we beg to differ as this report was highly tendentious, though CBC did concede that its referring to Gaza as being “occupied” wasn’t in adherence to its language guide.