On March 25, the Globe and Mail published the following Agence France-Press / Associated Press report on page A9: 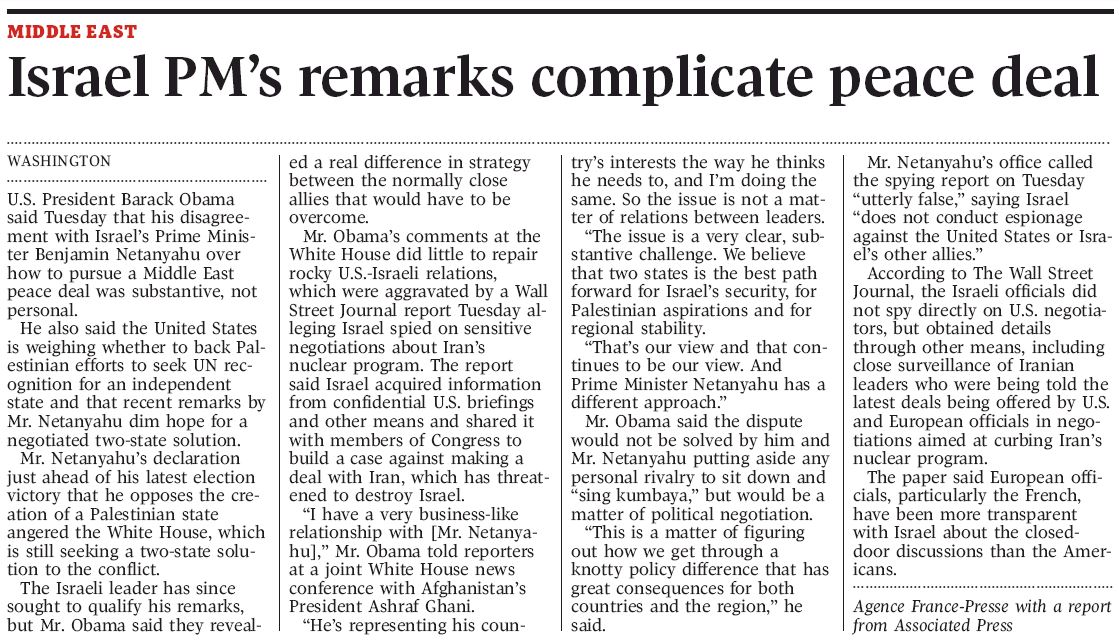 Lacking any attribution in its headline, the Globe essentially claimed outright that comments made by Israeli Prime Minister Netanyahu have complicated a future peace deal with the Palestinians.

In sharp contrast, the Globe’s own website the day prior carried a headline which attributed this claim outright to U.S. President Barack Obama:

HonestReporting Canada communicated our concerns to the Globe and Mail directly who committed to forwarding our complaint  to their relevant editors, though at this point, we are not aware of any remedial action, nor if the Globe itself acknowledges its shortcomings in having produced a headline which lacked attribution.