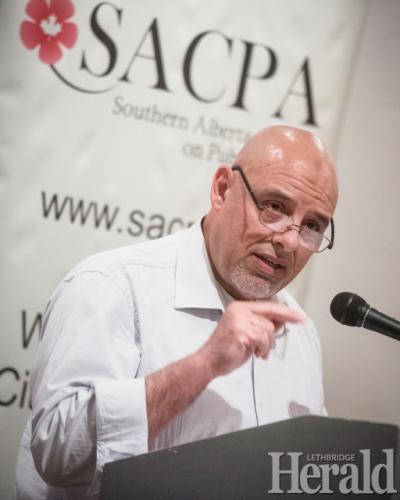 No, this is not a joke. The Lethbridge Herald today reports that Israel’s very existence and the removal of the world’s only Jewish state was openly discussed as a potential solution to the Mideast’s problems at an event in Lethbridge yesterday.

In an address to the Southern Alberta Council on Public Affairs (SACPA), Mohammed Abushaban (pictured right), a Palestinian Canadian interpreter who has been working with new Syrian Canadians settling in Lethbridge, reportedly described the mere existence of Israel as a constant source of instability requiring rectification.

“The existence of Israel on its own over there will cause a problem to many,” he said.

“The majority of the Middle East are Muslims. To have Israel in the heart of that area on its own is a problem.

“The West is fuelling the hate between all parties so they can easily play the card of ‘I will save you if you let me have your resources.’”

He wrapped up the talk by asking those in attendance to ask themselves what the Middle East would be like if there was no Israel, no conflict in the area between ethnic groups, and the Middle East was united.

“What if the whole Muslim was one big country?” he asked.”

That Israel’s very right to exist was, according to the Lethbridge Herald, openly debated at a public event in Lethbridge is very worrisome and appalling. The SACPA would be well served to distance itself from Mr. Abushaban’s alleged remarks which reportedly promoted the purging of the Jewish state and its 6 million plus Jews from the Middle East. 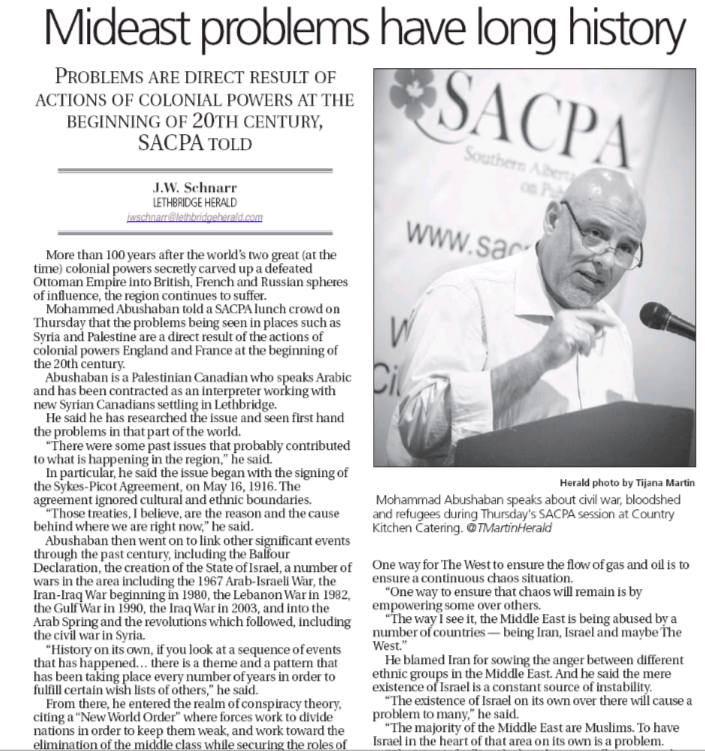