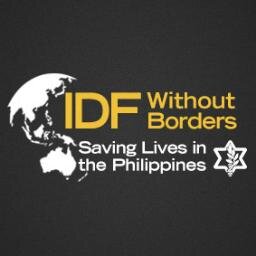 The Times of Israel reports representatives of the Israeli military landed in the Philippines to evaluate and determine how Israel can best assist in the wake of Typhoon Haiyan. The Israeli team plans to set up a field hospital to treat wounded survivors of the typhoon.

According to the Israel Defense Forces, a lead expedition of five search, rescue, and medical experts arrived in Tacloban, Philippines and formed a situation assessment determining the urgency for a rapid IDF response. Based on this assessment, Lieutenant General Benjamin (Benny) Gantz, ordered the deployment of a large-scale delegation to the disaster zone.

Lt. Col. Peter Lerner, IDF Spokesman: “The Home Front Command has soldiers and officers who excel in the fields of search and rescue and highly professional medical doctors experienced in such complex missions. Over the years they have been to Japan, Haiti, Ghana, Bulgaria, and Turkey, where they diligently donated from their resources and knowledge to those in need.”

Past IDF operations in calamity-struck regions include the delegation to Haiti in January 2010 which included a search and rescue team, a maternity ward, intensive care units, paediatrics, surgeons, and medical pharmaceutical supplies like PPE, medicines and bandages. In April 2011, an IDF delegation travelled to Japan following a devastating earthquake treating 220 casualties. In January of 2006, 80 soldiers and officers flew to Nairobi, Kenya, following a building collapse, rescuing two people trapped under ruins and recovering seven lost bodies. Additional missions took place in Turkey in 1999 following where IDF rescued 12 survivors and recovered 140 bodies, as well as in Kenya in 1998 where soldiers rescued three people and recovered 95 bodies.