CBC’s Mideast Bureau Chief Sasa Petricic has been accused by Haaretz journalist Anshel Pfeffer of issuing a tweet that he claimed was a “gross misrepresentation” of his analysis of what gave Benjamin Netanyahu his election victory.

Petricic had Tweeted on March 18 that a “‘Racist ploy’ credited w giving #Netanyahu surprising win” citing Pfeffer’s “good analysis” of the Israeli elections and Pfeffer retorted that there were many other reasons for Netanyahu’s victory, not just the alleged “racist” ploys.

See the exchange below: 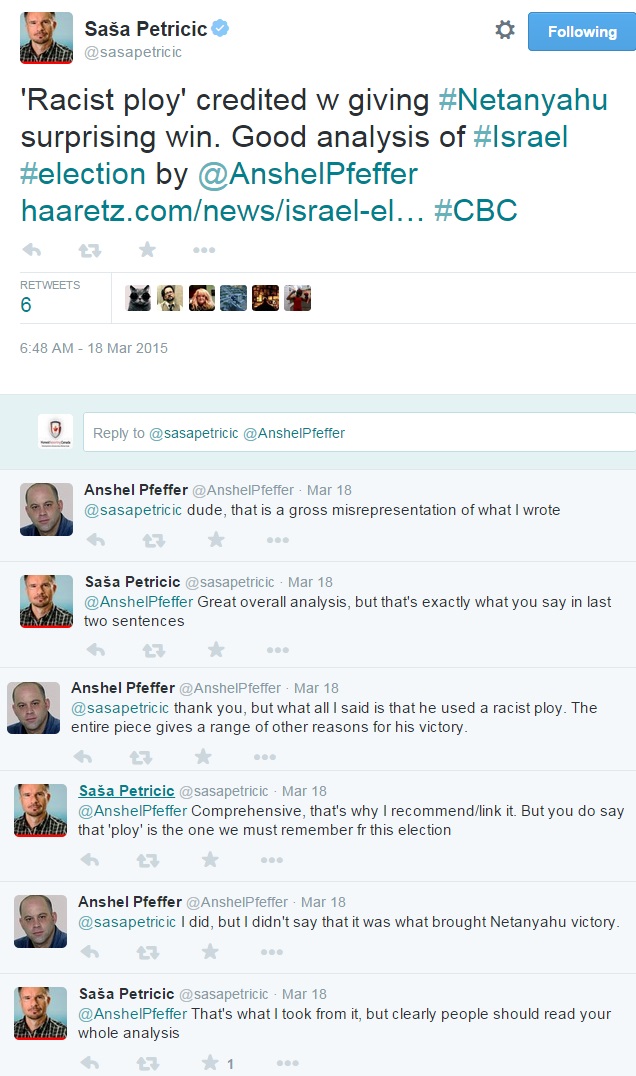