CBC’s Mideast Bureau Chief Sasa Petricic has previously been accused by Haaretz journalist Anshel Pfeffer of issuing a tweet that he claimed was a “gross misrepresentation” of his analysis of what gave Benjamin Netanyahu his election victory.

Today, Petricic was accused of “cynicism” by Israeli diplomat and spokesperson Paul Hirschson for a tweet Petricic authored about Israel recognizing Mohammed Abu Khdeir as a terror victim at Mount Herzl.

See the full conversation below or online here: 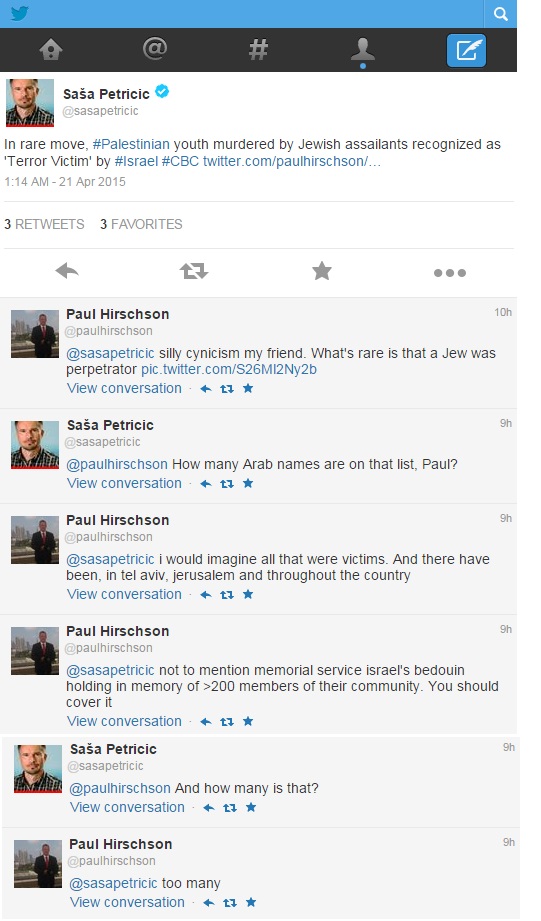