HRC Op-Ed in Ottawa Citizen: Israel Wants Peace, But Needs A Partner With The Same Goal 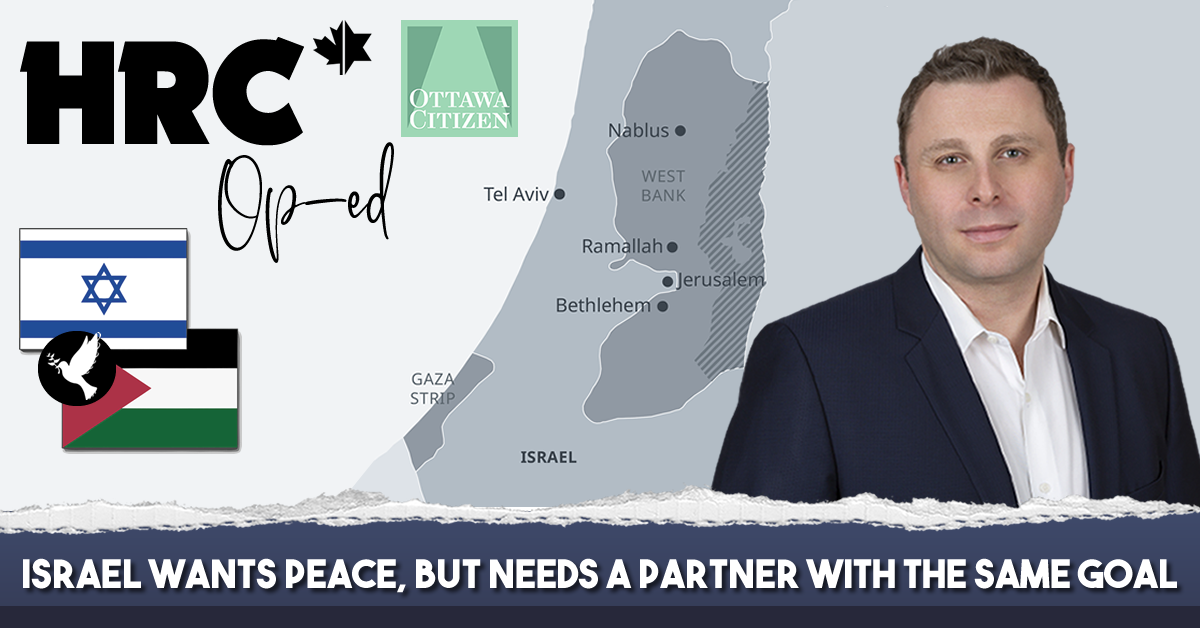 HRC’s op-ed was published in The Ottawa Citizen on Thursday, April 28, 2022
Source: Israel Wants Peace, But Needs A Partner With The Same Goal


In her recent Ottawa Citizen column, Aisha Sherazi conflates racism faced by young Blacks in the U.S. and Canada with current escalated tensions between Israelis and Palestinians.

Citing the example of her students encountering a fraught interaction between a Black man in Ottawa and local police, Sherazi suggests this parallels recent events in Israel, as her students “likely felt déjà-vu when they heard about Israeli riot police entering the al-Aqsa mosque in Jerusalem last weekend, firing rubber bullets, using stun grenades and damaging it inside.”

While Sherazi acknowledges that Israel was “responding to crowds hurling rocks toward the Western Wall,” she minimizes this, saying Palestinians saw the actions by police as provocative. The truth is this: Palestinian extremists stockpiled rocks inside the Al Aqsa Mosque and lobbed them onto Jewish worshippers in the Western Wall plaza below, at Israeli police and at a bus, injuring five civilians. They also threw Molotov cocktails at police. Faced with this violence, and on the heels of dozens of Palestinian-Arab terror attacks in the past month that have claimed the lives of 14 innocents in Israel, police entered the mosque to clear it of dangerous weapons and rioters, as was their right and duty and to facilitate peaceful worship. 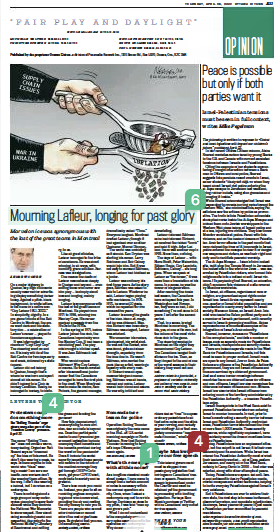 The Al Aqsa Mosque — Islam’s third holiest site, built atop the Temple Mount in Jerusalem, the holiest site in the world for Jews — was desecrated by Palestinian rioters, who turned this religious site into a hotbed of anti-Israel violence. It’s perplexing that Sherazi, an educator, didn’t condemn this violence at a site revered by Muslims worldwide.

In Israel, all citizens, regardless of race or religion, are guaranteed equal rights under Israeli law. Israeli Arabs represent nearly one-quarter of Israel’s total population and are represented in nearly every sector in Israeli society. In fact, Mansour Abbas, an Israeli-Arab-Islamist who leads the Ra’am political party and is a member of Israel’s parliament, until recently served in Israel’s governing coalition. Abbas represents only one of countless examples of the integration and achievements of Israel’s Arab minority.

Sherazi, however, focuses on “Palestinians in the occupied lands,” and lists a number of issues, such as separate roads for Palestinians and Israelis, checkpoints, and security checks.

There are indeed separate roads in the West Bank for Palestinians and Israelis, but this must be seen in proper context. Israeli roads are open to any Israeli, Jew, or Arab. As Palestinians are citizens of the Palestinian Authority government, they are not Israeli citizens and thus are serviced by a different government. Just as at some border crossings between countries there are different lanes for citizens and non-citizens, Israeli law also recognizes the difference between citizens and non-citizens. Israeli law also forbids Israeli citizens from entering much of the territory administered by the Palestinian Authority — a freedom Palestinians enjoy.

Today, Palestinians face an unpleasant situation, but the culprit is not Israel; it is their own leadership and its enablers. While Israel has offered the Palestinian Authority most of what their leadership wanted — all of Gaza, eastern Jerusalem, and nearly all of the West Bank, notably in Camp David in 2000 — that offer was rejected, along with other attempts at peace.

But if Palestinians are ever to achieve their own state, the first step is to cease incitement, disavow terrorism, and repudiate rejectionism. As always, Israel yearns for peace; it just needs a Palestinian partner committed to peaceful coexistence.