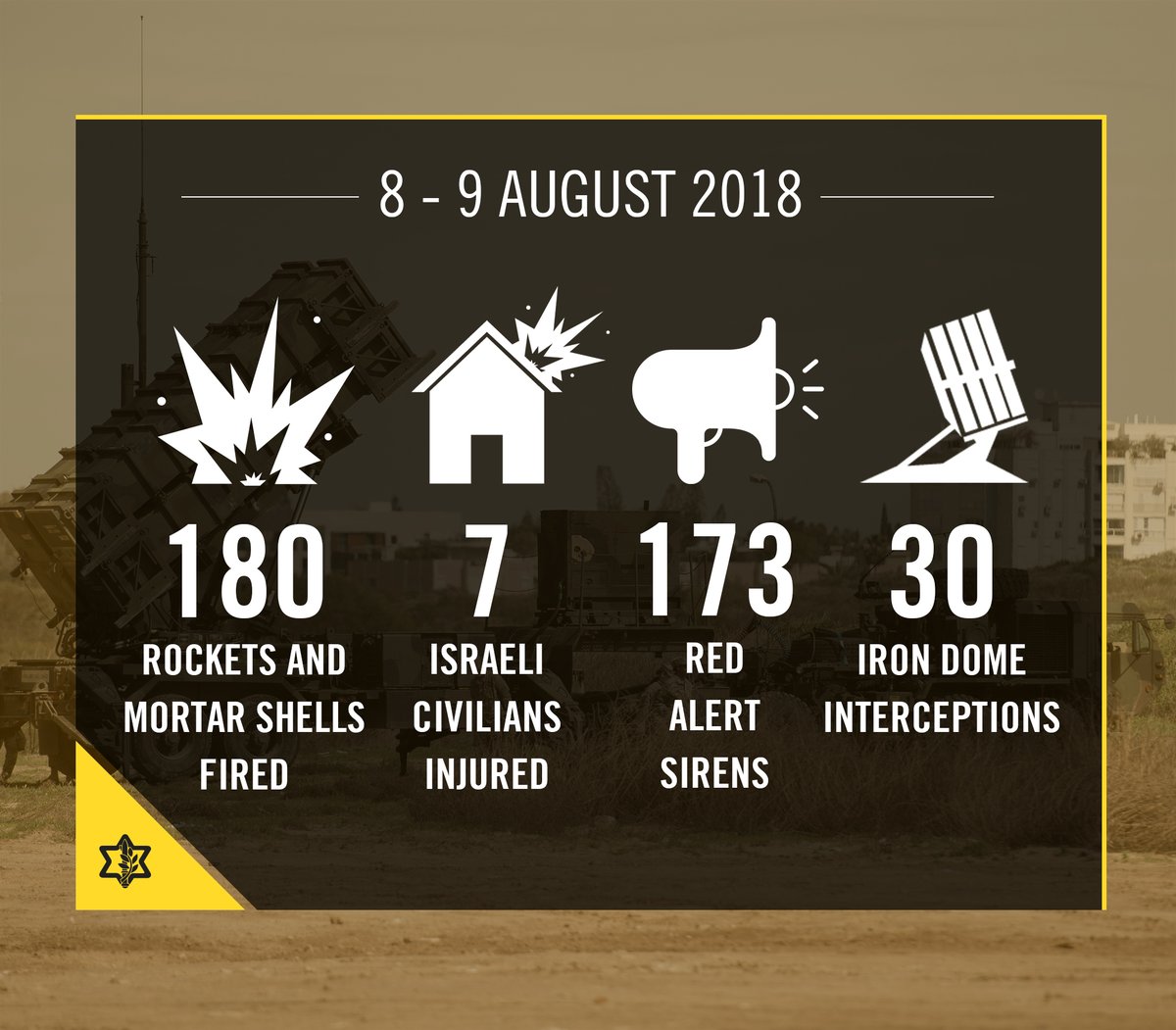 The onslaught of rocket fire has seen 19 Israeli civilians wounded and taken to hospital. Israel’s Iron Dome missile defence system has intercepted 30 rockets and thousands of Israelis have been forced to live in bomb shelters.

This is the reality of what Israelis are living under which our media are not depicting.

As of the writing of this alert, here’s a breakdown of the lacklustre coverage that various Canadian media outlets gave to this latest outbreak in violence. Please do your part to hold the Canadian media accountable by taking action.

In reproducing an Associated Press article, the National Post and CTV News both depict Israel as the aggressor, not Hamas: 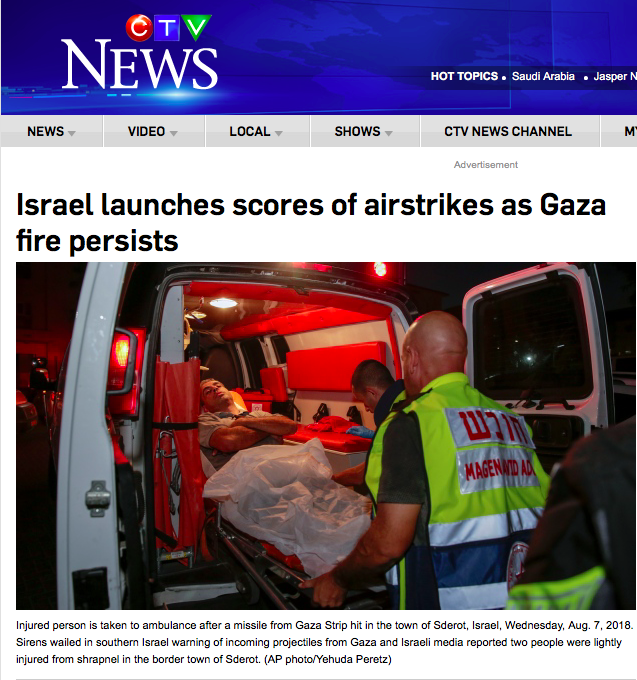 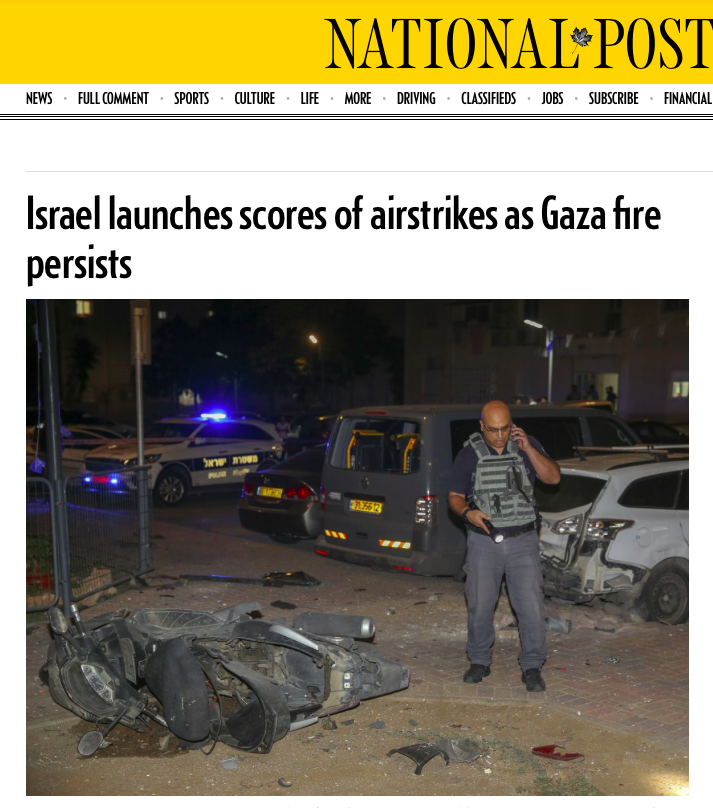 Meanwhile, CTV News Channel produced a short report (watch by clicking here) at approximately 9:45am today with a headline that focused solely on the alleged deaths of 3 Palestinians and ignored the casualties on the Israeli side and the hundreds of Palestinian rockets fired at Israel:

Though the Globe and Mail acknowledged that Hamas fired rockets in its headline coverage of a Reuters wire article, the Globe failed to mention the chronology of events: how while Israel ceased, Hamas fired, forcing Israel to return fire against Hamas targets to thwart the relentless terror attacks. 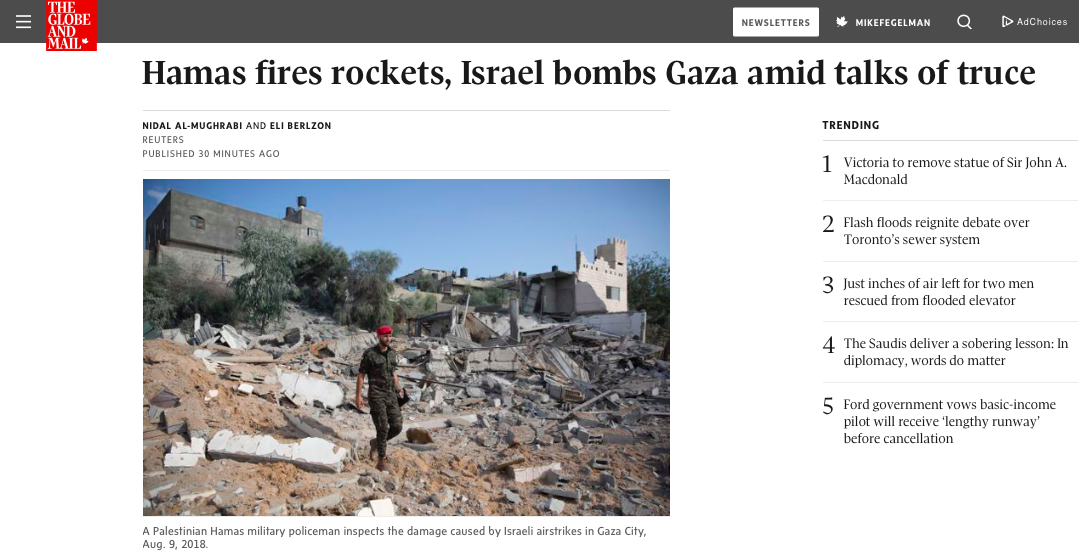 Take Action Now: Send your considered comments to The Globe and Mail at: letters@globeandmail.com.

Shame on the Toronto Star for failing to produce any coverage at all of the recent Palestinian terror attacks.

Take Action Now: Send your considered comments to The Toronto Star at: lettertoed@thestar.ca.

Credit to Global News for appropriating a headline which at least lays blame to “Gaza militants” for instigating the violence and for properly explaining the true chronology of events: 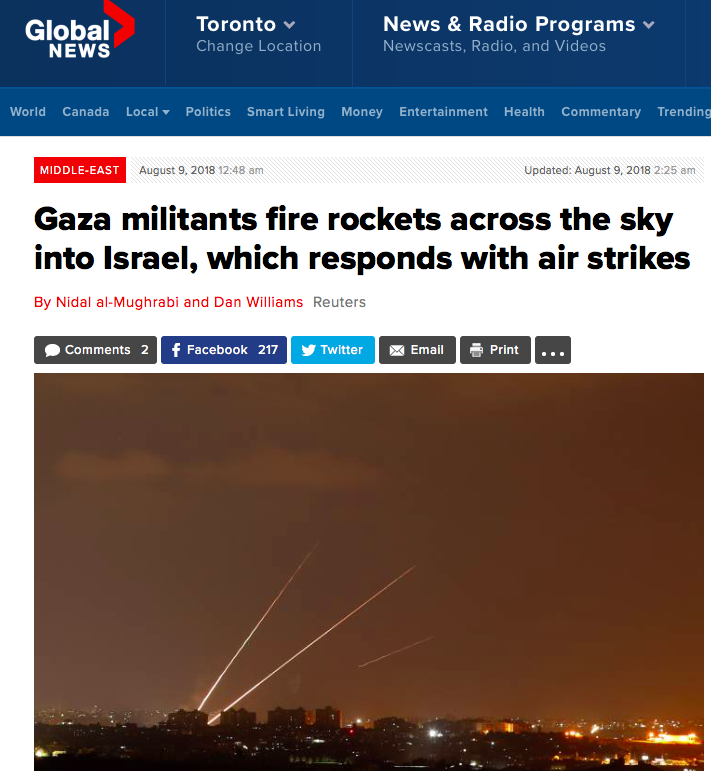 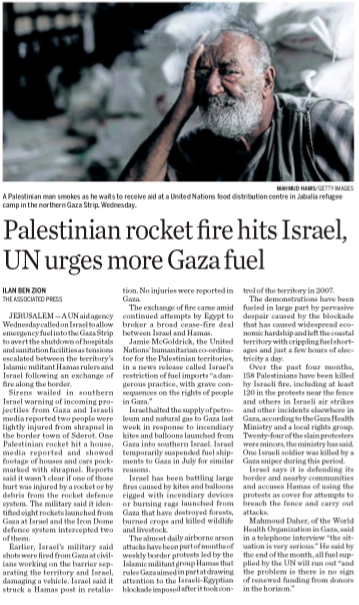 At CBC News.ca, headline coverage failed to explain who instigated the violence and the toll its taken: 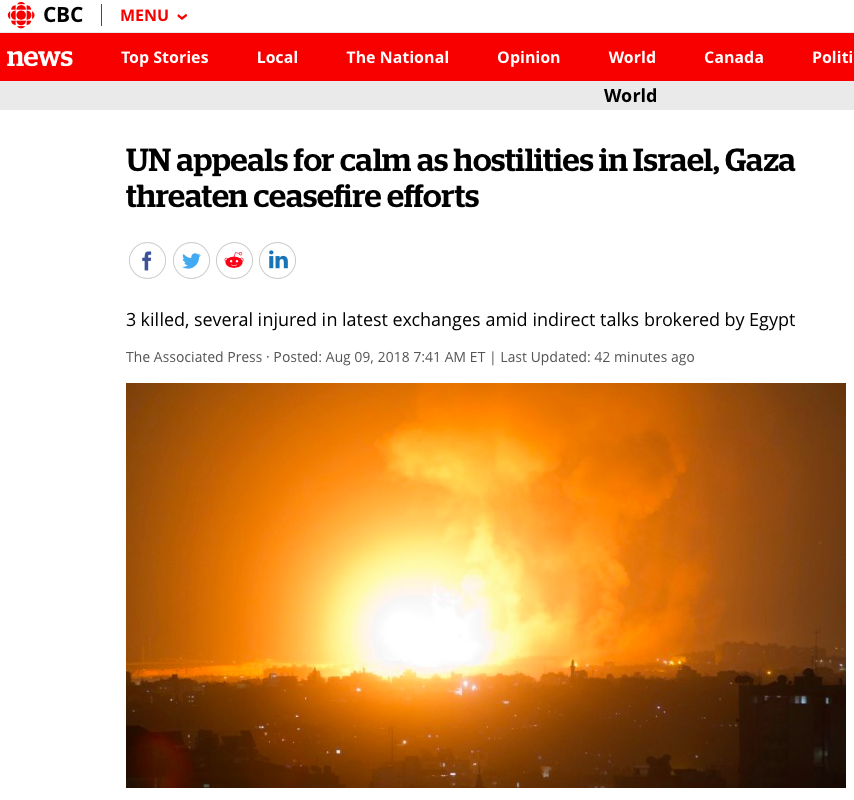 CBC TV’s coverage (watch by clicking here or per below) on the other hand, drew a moral equivalence between Hamas and Israel and failed to show footage of the destruction caused by the rocket fire on Israel. CBC’s headline stated only that: “Violence flares along Israeli-Gaza border” and its anchor failed to explain that Hamas was the aggressor by firing close to 200 rockets at Israel who responded by firing at Hamas military targets.