Israel Under Attack: Globe Analysis Misses the Forest For The Trees

On May 10, the Globe and Mail published an analysis piece by former Mideast reporter Mark Mackinnon to its website about recent hostilities between Israel and the Palestinians. The report was also featured on the front page in the Globe’s print edition on May 11.

As violence erupts in Jerusalem and Gaza, can Benjamin Netanyahu and Mahmoud Abbas – two politicians facing the ends of their careers – stop the escalation? Do they even want to? My take on a chaotic day in the Middle East https://t.co/9tT8wkSb4i

HonestReporting Canada was concerned with many aspects of this report which we felt wast unfair, lacked context and contained information that has not been independently verified. Accordingly, we communicated these concerns directly to senior editors:

1) Mackinnon wrote: “On Monday alone, at least 330 Palestinians and 21 Israeli police officers were injured – a chaotic day that saw Israeli security forces use stun grenades and tear gas to storm al-Aqsa Mosque, one of the holiest sites in Islam, for the second time in less than a week to break up a sit-in protest.”

In the interests of balance and context, we feel it’s incumbent upon Mr. Mackinnon to acknowledge that several hundred 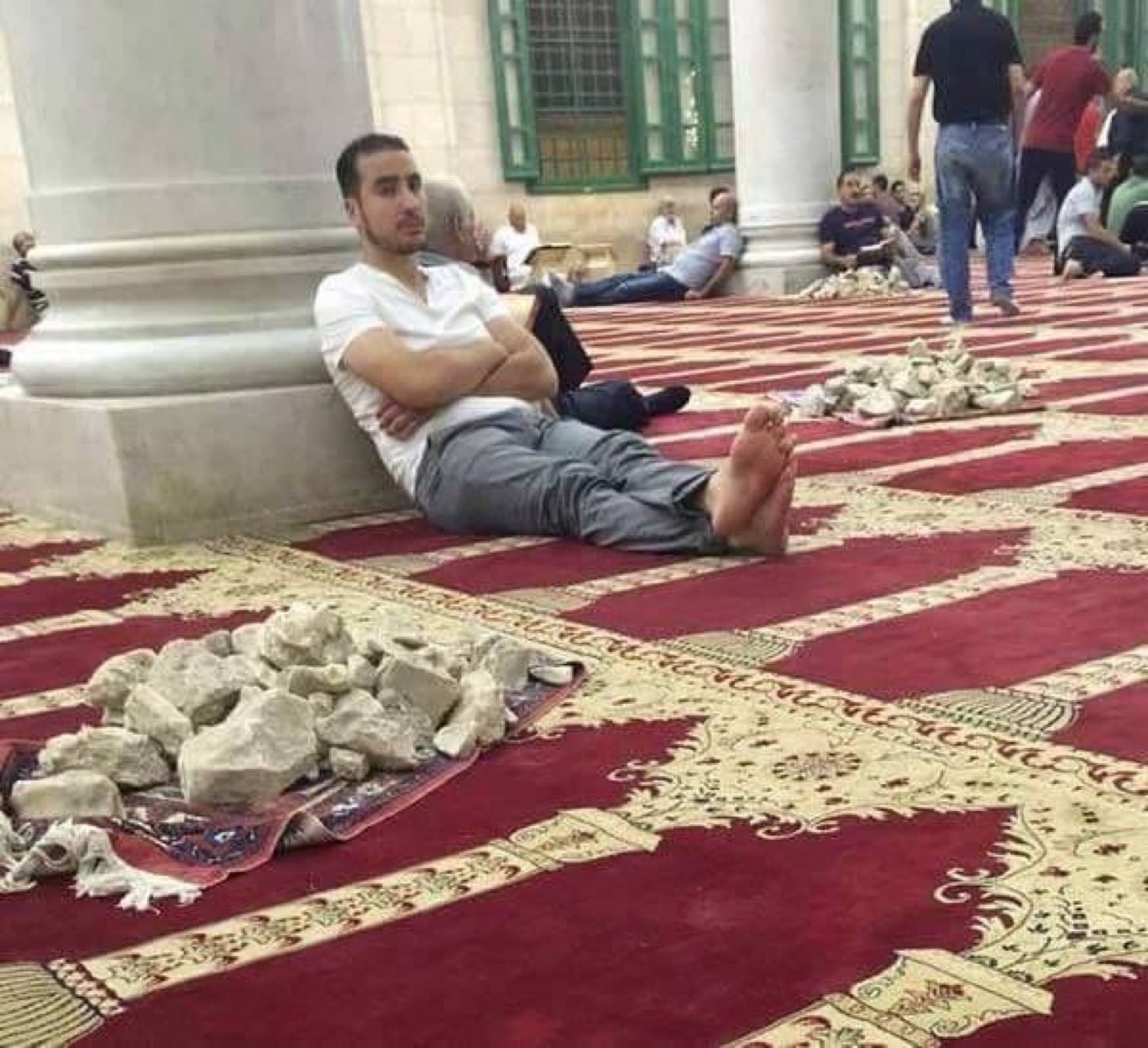 Palestinians (perhaps even thousands) engaged in violent riots by throwing rocks, molotov cocktails and shooting firecrackers. If Mr. Mackinnon is going to describe the riot dispersal means of the Israeli police (stun grenades and tear gas) at the very least, he should explain that they were used to repel violent rioters using deadly weapons. This is a significant omission and it’s important to note that none of the photos show any Palestinian rioters.

Subsequent to our complaint, the Globe amended this statement by acknowledging that Israeli police confronted violent stone-throwing Palestinian protestors: “On Monday, at least 330 Palestinians and 21 Israeli police officers were injured – a chaotic day that saw Israeli security forces use stun grenades and tear gas to storm al-Aqsa Mosque, one of the holiest sites in Islam, for the second time in less than a week to confront stone-throwing protesters.”

2) Mackinnon wrote: “Hamas, the Islamist militia that controls the Gaza Strip, responded by firing rockets in the direction of Jerusalem, setting off air raid sirens in the city and prompting the evacuation of Israel’s parliament, the Knesset. Israel retaliated almost immediately with air strikes targeting parts of Gaza. The Health Ministry in Gaza said 20 people, including nine children, were killed in the Israeli attack, making it one of the deadliest days the region has seen in years.” 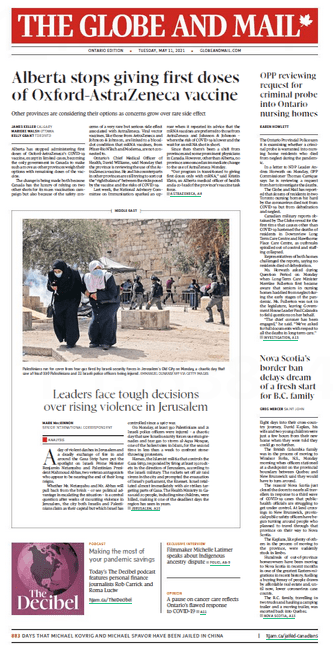 As of this writing, over 150 rockets were fired at Israel. Why did Mr. Mackinnon not relay the total rocket counts, or at least the preliminary numbers he had when he wrote this analysis? Why deprive readers of this information? He certainly didn’t fail to mention the alleged Palestinian casualty count: 20 people, including 9 children, all claimed to be dead. On this issue though, most certainly this claim has not been corroborated by an independent and trustworthy source. The Heath Ministry in Gaza is run by Hamas  (though not stated by Mr. Mackinnon) and as a terrorist organization, it’s certainly adept at using this information for propaganda purposes. Even if 20 Palestinians did die, that doesn’t necessarily mean they were all killed in an Israeli attack. We know of many Palestinian rockets that errantly landed in Gaza proper. How can this claim be published without any corroboration by the Globe?

Subsequent to our complaint, the Globe amended their reference to acknowledge that 150 rockets were fired at Israel according to its military: “Hamas, the Islamist militia that controls the Gaza Strip, responded by firing at least 150 rockets in the direction of Jerusalem, according to the Israeli military. The rockets set off air raid sirens in the city and prompted the evacuation of Israel’s parliament, the Knesset. Israel retaliated almost immediately with air strikes targeting parts of Gaza.”

The Globe also amended its reference to Palestinians casualties as follows, though we remain unsatisfied as this information hasn’t been corroborated: “The Health Ministry in Gaza said 20 people, including nine children, were killed, making it one of the deadliest days the region has seen in years. The ministry attributed 13 of the 20 deaths to the Israeli attack.” 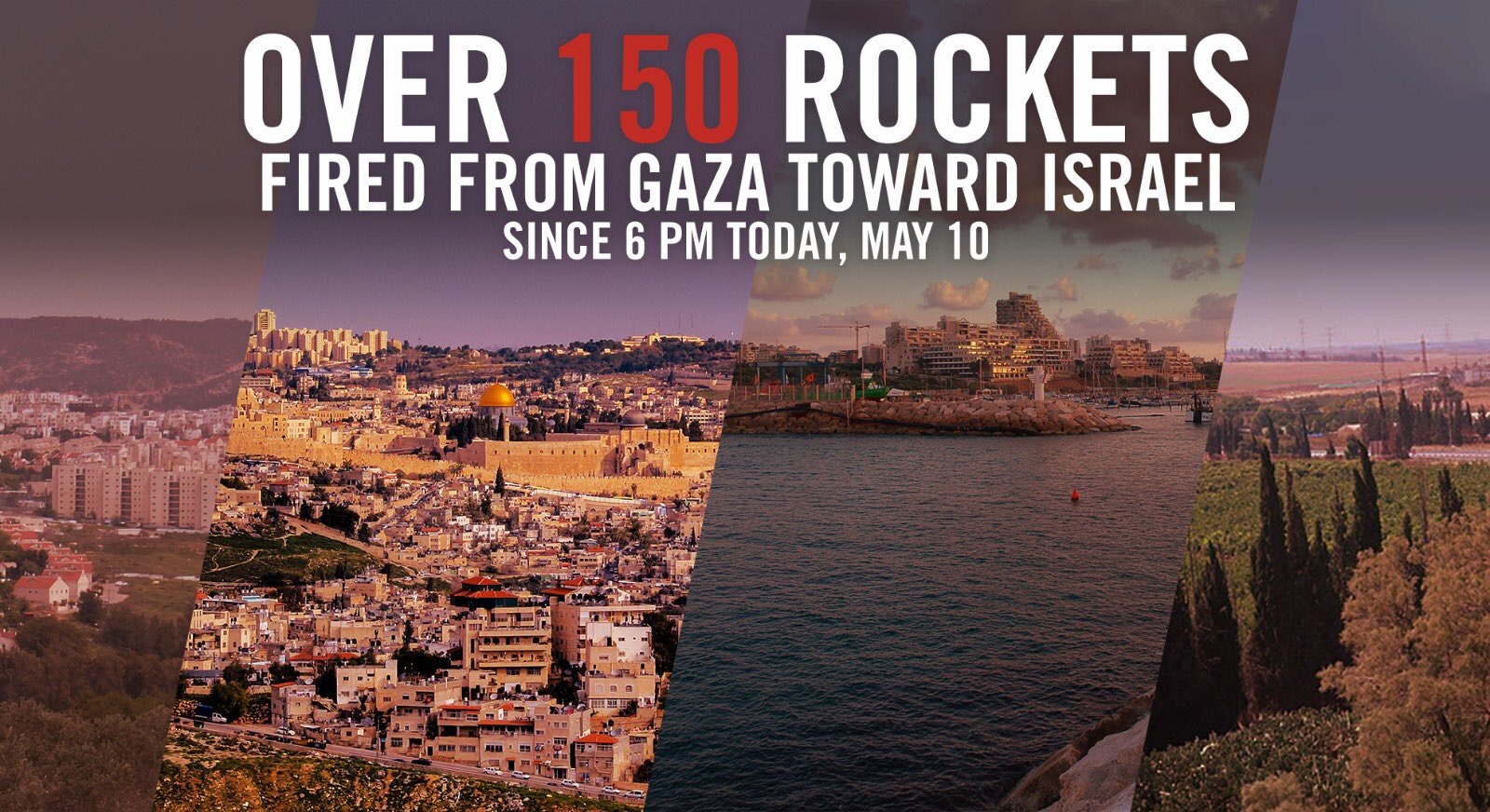 3) Mackinnon wrote: “Another flashpoint is a long-running dispute over Israeli plans to demolish Palestinian homes to make way for Jewish settlements in the East Jerusalem neighbourhood of Sheikh Jarrah.”

No mention was made that Israel is going through a decades-long legal process to adjudicate whether to evict Palestinian families who have been illegally squatting and living rent-free in Jewish-owned homes in the east Jerusalem neighbourhood of Sheikh Jarrah/Shimon HaTzadik. They have been offered the ability to live there so long as they pay rent, the homes are not slatted for demolition. Why was none of this context told to Globe readers?

Subsequent to our complaint, the Globe amended this reference which now states the following: “Another flashpoint is a long-running dispute over an Israeli legal campaign to evict Palestinians to make way for Jewish settlements in the East Jerusalem neighbourhood of Sheikh Jarrah.”

4) Mackinnon wrote: “‘Whenever one side or another – usually the Israeli side – does something there, it touches off a 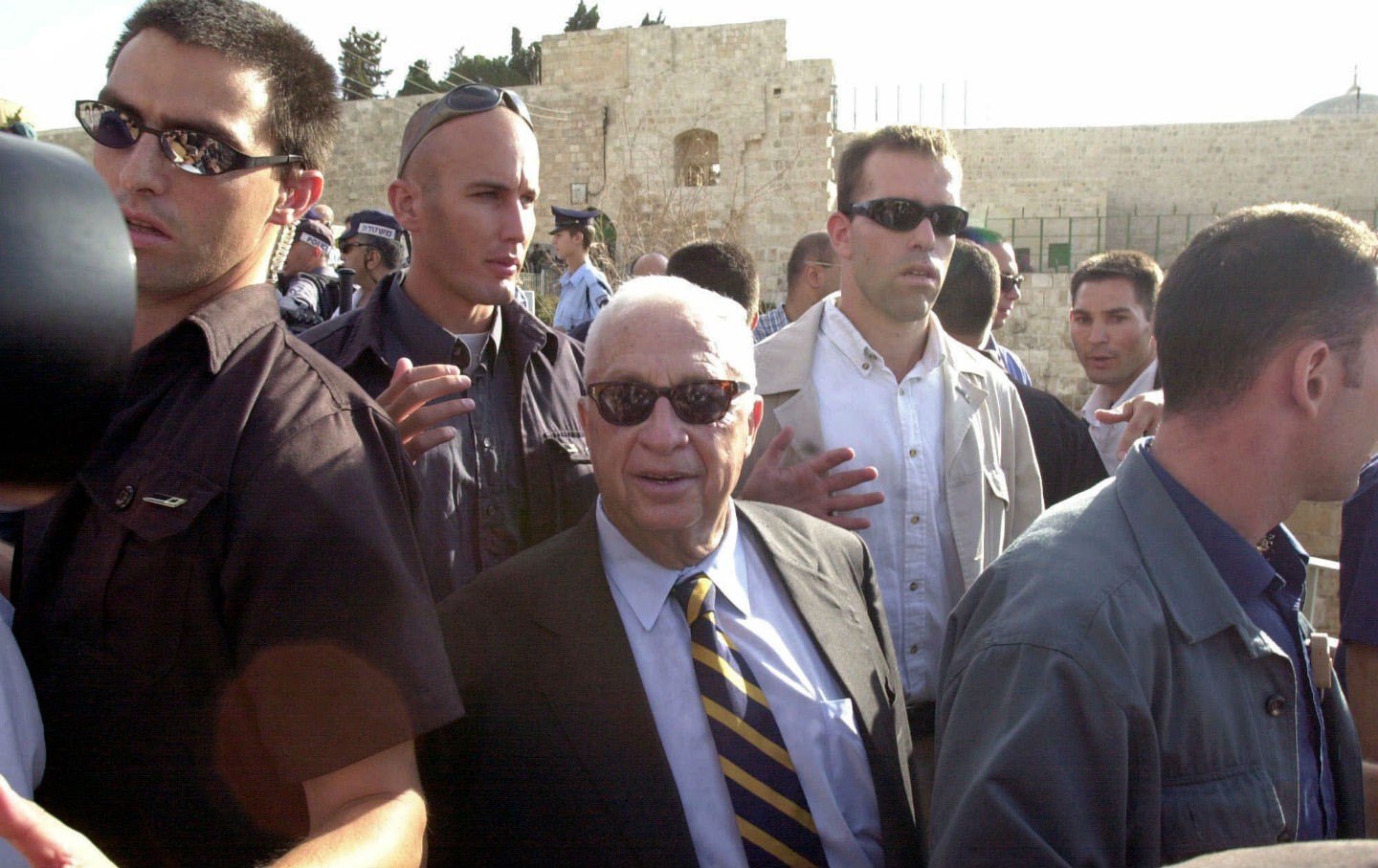 round of violence,’ said Mr. Baskin, alluding to the most recent Palestinian uprising, or intifada, which began in 2000 after an Israeli politician’s provocative visit to the al-Aqsa compound. More than 3,000 Palestinians and 1,000 Israelis were killed in the 4½ years of violence that followed.”

In truth, Imad Faluji, the Palestinian Authority Communications Minister, admitted months after Sharon’s visit that the violence had been planned far in advance of Sharon’s alleged “provocation.” “It [the uprising] had been planned since Chairman Arafat’s return from Camp David, when he turned the tables on the former US president and rejected the American conditions.” The claim that Sharon’s visit to the al-Aqsa compound set off the intifada is disputed and should not be presented as a fact. It doesn’t reflect well upon the Globe that this reference wasn’t amended.

While HonestReporting Canada thanks the Globe and Mail for taking some corrective action by amending several references in this report, however, this article fell short of the Globe’s standards and wasn’t vetted properly before it was published. If you’d like to send your concerns to the Globe directly, please send emails to: letters@globeandmail.com.