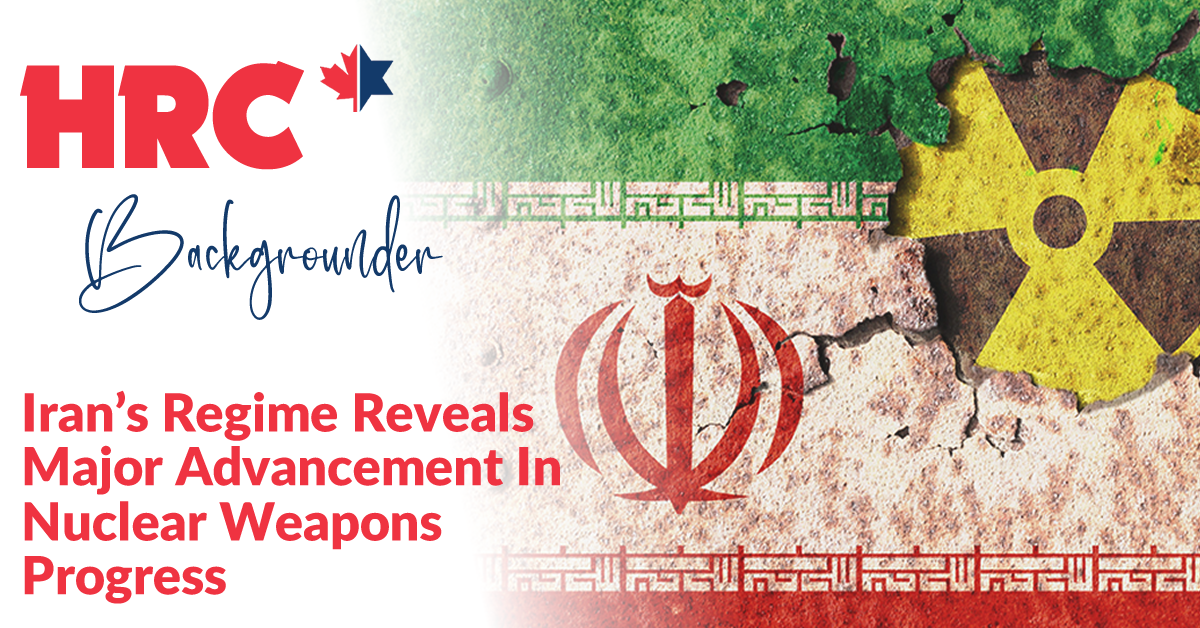 For many years, the Islamic Republic of Iran has been suspected of pursuing a nuclear weapons program. In 2009, as part of ongoing negotiations, the International Atomic Energy Agency (IAEA) revealed that the Islamist regime in Tehran had failed to disclose a major uranium enrichment facility, although the agency was not able to conclude that Iran was yet developing nuclear weapons at that time.

Less than a year later, the Iranian government refused entry to two nuclear inspectors from the IAEA, leading to suspicions on the part of the agency that Tehran may have been developing plans for a nuclear-armed missile.

In the last decade, multiple inspection reports have found increased Iranian nuclear enrichment capabilities, and in a bombshell 2018 address to the United Nations, then-Israeli Prime Minister Benjamin Netanyahu revealed that Israeli spies had located a secret warehouse in Tehran with extensive evidence of Iran’s clandestine nuclear program, and stole more than 100,000 documents as proof.

In an effort to try and slow down the Islamic Republic’s atomic program, a number of world powers in 2015 signed The Joint Comprehensive Plan of Action (JCPOA), which offered Iran relaxed international economic sanctions and the unfreezing of billions in assets in return for a temporary halting, not cessation, of its nuclear program.

Unfortunately, it soon became clear that despite the best intentions of the JCPOA, the agreement left significant room for Iran to continue its nuclear program, albeit at a slowed pace. Even more problematic, the agreement left significant opportunities for Iran to hide its facilities from nuclear inspectors, and critics pointed out that the loosing of sanctions against Tehran would have only emboldened the country to continue funding Islamist terrorism across the region unabated. Additionally, the JCPOA did not address Iran’s development of increasingly longer-range ballistic missiles.

Citing these criticisms, in 2018, then-US President Donald Trump withdrew the United States from the agreement, and while the rest of the signatories — the five permanent members of the United Nations Security Council: France, China, United Kingdom, Russia, plus Germany – all maintained their deal with Iran, the agreement was severely weakened as a result.

And while the Biden administration has engaged in active negotiations with Iran to have the United States re-enter the JCPOA, a large majority of US Senators – both Democrats and Republicans – voted in May 2022, calling on the US government to only sign a new agreement with Iran if it took into account the Iranian regime’s support for Islamist terrorism, which the 2015 accords did not.

As the Biden administration continues its negotiations with Iran on a potential nuclear deal, the Iranian regime recently revealed that it had made significant progress on the nuclear front.

While the exact nature of Iran’s nuclear progress has been the subject of debate in the past, recent comments from a senior Iranian official have left little room for ambiguity.

Kamal Kharazi, the head of Iran’s Strategic Council on Foreign Relations, revealed during a July 17 interview with Al Jazeera that the Islamic Republic had already reached the necessary threshold to create a nuclear weapon.

“It is no secret that we have the technical capabilities to manufacture a nuclear bomb, but we have no decision to do so,” Kharazi said. “In a few days, we were able to enrich uranium up to 60 percent, and we can easily produce 90% enriched uranium.”

This bombshell revelation of Iran’s major advancement in nuclear weapons progress was largely ignored by the mainstream media. In the interview, Kharazi also outright rejected any suggestion that Iranian support for regional terrorism or its missile program would be included in any negotiations, describing such an act as tantamount to “surrender.”

As the United States attempts to re-negotiate its re-entry into a revised JCPOA with the Islamic Republic of Iran, a rogue nation and state sponsor of terror that now admits freely it has the ability to manufacture nuclear weapons, make no mistake, Tehran remains intransigent in its continued support for Islamist terrorism and unyielding in its nuclear program. These are ominous times indeed.