In Toronto Star, Qatar Claims it "Does Not Support Terrorism"

Writing in the Toronto Star on April 19, Fahad Mohamed Kafood, ambassador of the State of Qatar to Canada, claims that “Qatar does not support terrorism in any form”.

See his letter to the editor immediately below: 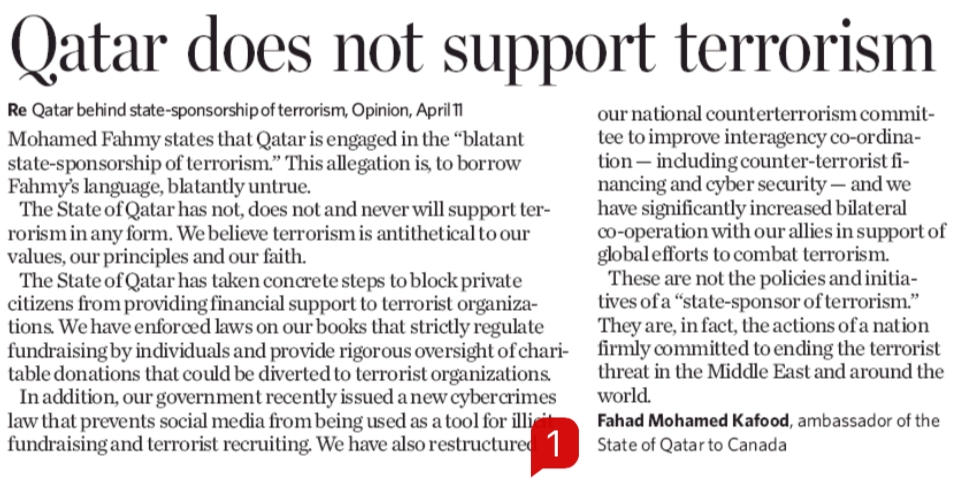 And yet, a 2017 report issued by the Foundation for the Defense of Democracies (FDD) entitled “Qatar and Terror Finance” puts this claim to rest.

FDD’s report noted that “Doha is now being described by some U.S. officials as the region’s biggest source of private donations to radical groups in Syria and Iraq.” 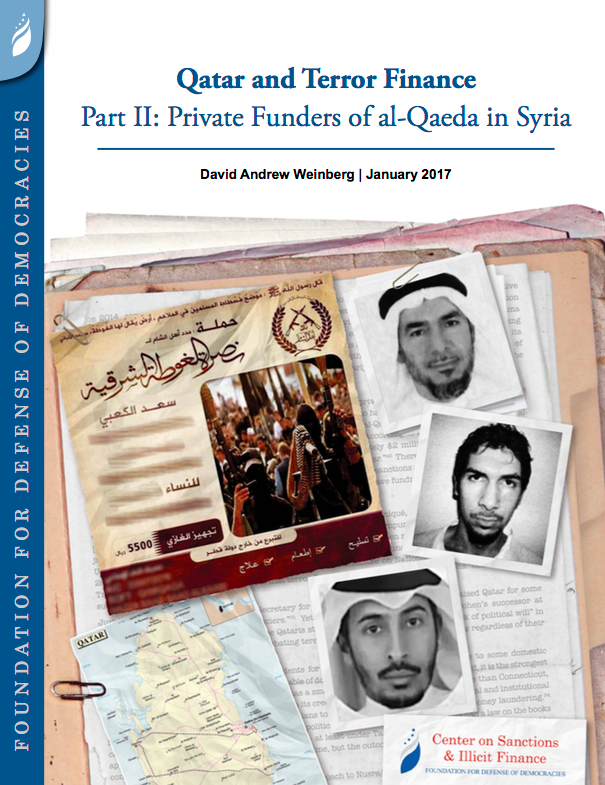 The three-part FDD report identifies over twenty individuals under U.S. or U.N. sanctions who have benefitted from some form of Qatari negligence or support.

The report claims that Qatar has a historical legacy of negligence against terror finance. The Hamas terror group is just one of many extremist networks that benefit from Qatar-based financiers and lax Qatari enforcement. Reports indicate that Qatar has raised millions of dollars for the Nusra Front and the Islamic State.

The U.S. State Department described the Qatari government as an “…. inconsistent partner on combating terrorist financing…”

The U.S. has long accused Qatar of turning a blind eye to terror finance. Al-Qaeda’s senior leadership is alleged by Washington to have received support from Qatar-based donors, as is al-Qaeda in the Arabian Peninsula, al-Shabaab, al-Qaeda in the Indian Subcontinent, al-Q”aeda operatives in Iran, and al-Qaeda in Iraq.

Of primary concern, FDD asserts that Qatar has consistently failed to indict, arrest, convict, and hold behind bars individuals who have been sanctioned by the international community on charges of terror finance.