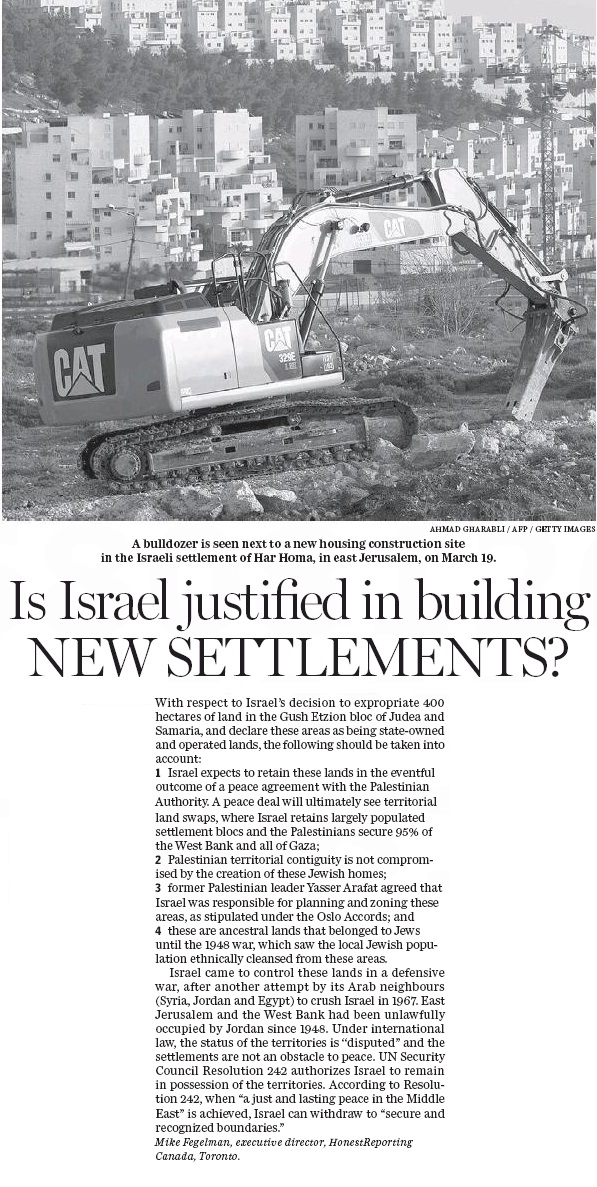 Not surprisingly, what hasn’t made front-page headlines in Canada’s media is how Israel approved plans to build 2,200 homes exclusively for Arabs in eastern Jerusalem.

Jerusalem Mayor Nir Barkat said the plan will hopefully thwart illegal construction in the area and boost the standard of living. According to the Jerusalem Post: “The plan will feature 2,200 housing units and 130 hectares for the development of infrastructure, including parks, roads, schools, cultural institutions and businesses.”