In the London Free Press on May 19, HRC Executive Director Mike Fegelman responded to a column by Andrew Cohen which lamented the U.S. decision to recognize Jerusalem as the capital of Israel and which failed to mention that Hamas acknowledges that 50 of its operatives were killed in recent hostilities on the Gaza-Israel border. (numbers updated after this letter was submitted). 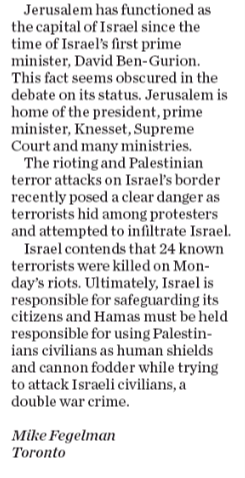