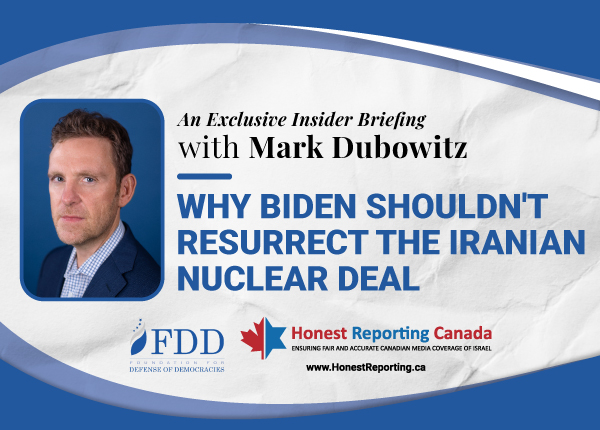 On February 23, HonestReporting Canada was thrilled to have featured Mark Dubowitz as our keynote speaker for our Insider Briefing.

With the ascendancy of Joe Biden to the presidency and with the prospect of the U.S. wanting to re-enter the Iran Nuclear Deal, Mark argued why this would be a tragic mistake and a dangerous course of action to take.

As the chief executive of the Foundation for the Defense of Democracies, a Washington, D.C.-based nonpartisan policy institute, Mark is an expert on Iran’s nuclear program and global threat network, and is widely recognized as one of the key influencers in shaping policies to counter the threats from the regime in Iran. In 2019, Iran sanctioned Mark and FDD. 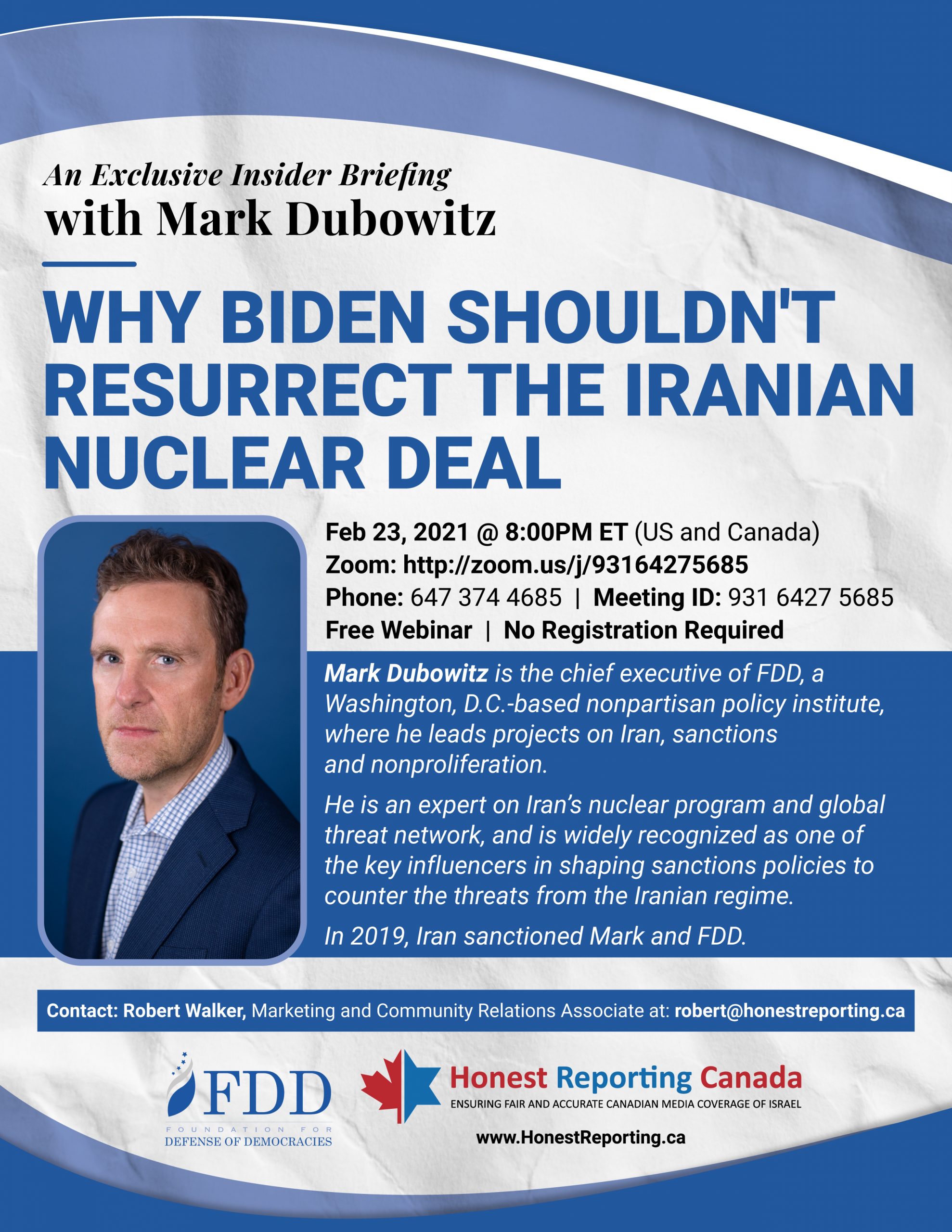