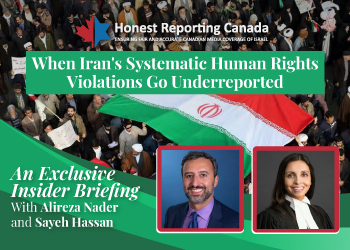 If you missed HonestReporting Canada’s Insider Briefing webinar on October 1 with all-star panelists Alireza Nader and Sayeh Hassan, who examined the consequences of the media’s failure to report on Iran’s systematic human rights violations, watch it here:

One of the world’s leading human rights offenders, the Iranian regime is known for its ruthless persecution of dissidents, its brutal use of the death penalty, suppression of free speech, assembly and the media, along with its use of arbitrary arrests and torture, its abuse of women, discrimination of ethnic and religious minorities, etc.

Watch as our panelists examined the role that Canada can play to affect change. 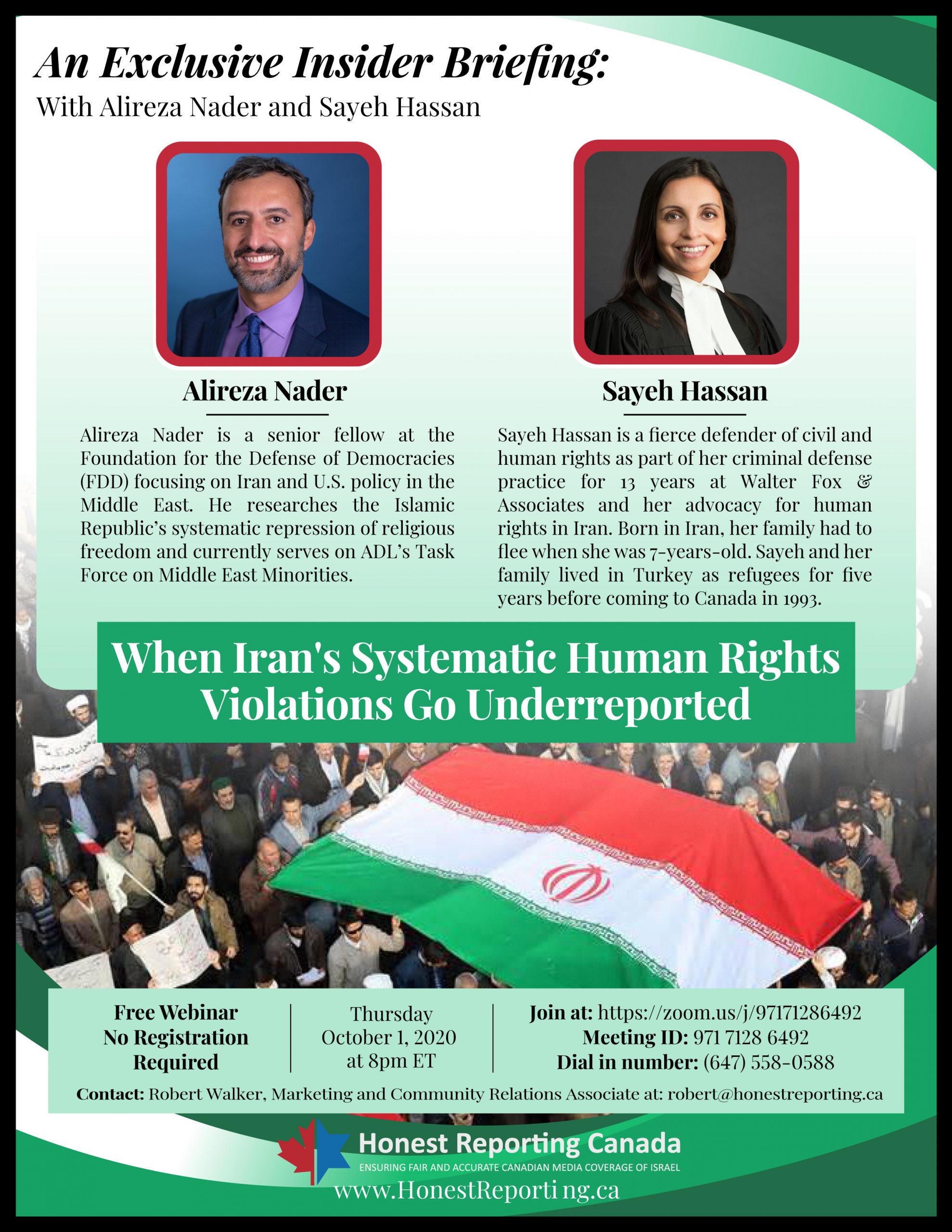 WATCH NOW: The Untold Story Of How The...

Hollywood and the Jews: An Urgent Insider Briefing...

The Media War Against Israel: An Urgent Briefing...

HRC Webinar: Biden and The Pursuit of Mideast...

HRC Webinar: Bankrupting Terrorism, One Lawsuit At A...