On June 27, HRC sent out a rapid response alert in response to a letter Now Magazine published which encouraged NBA champions The Toronto Raptors ???? to boycott a planned trip to #Israel ????????. 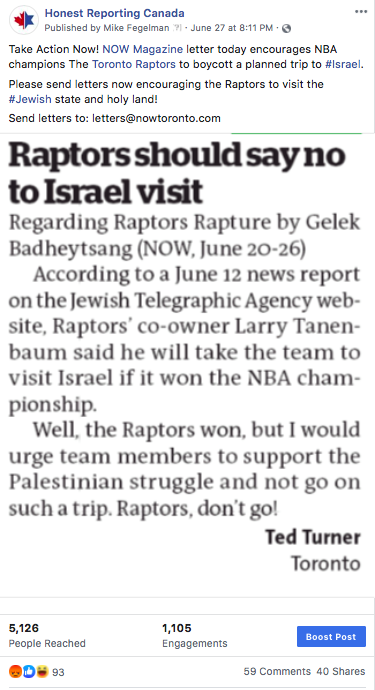 Congratulations and thanks to Kim Kinneret Dubowitz for taking action and for responding to HRC’s alert. In the July 4 edition of Now Magazine, Kim’s letter was published and it encouraged the Raptors ⛹️‍♂️⛹️‍to visit the Jewish state and the holy land! 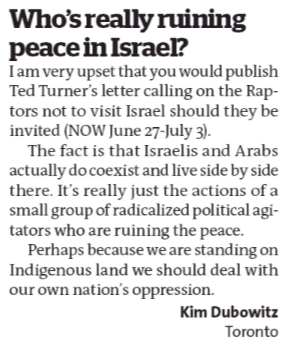