In the Journal Pioneer, letter writer Richard Deaton crossed the line comparing Jews to Nazis, claiming Israel is conducting a ‘Palestinian Holocaust’. Here is the letter as it appeared in the Pioneer on April 1: 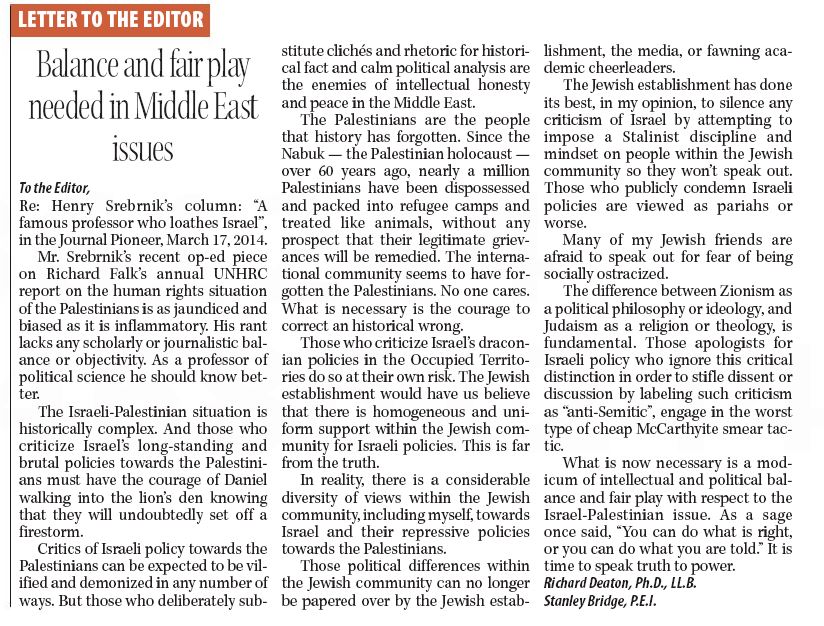 Noting that such comparisons fit squarely within contemporary definitions of anti-Semitism, HRC Executive Director Mike Fegelman  responds below in a letter published on April 8 in the Pioneer: 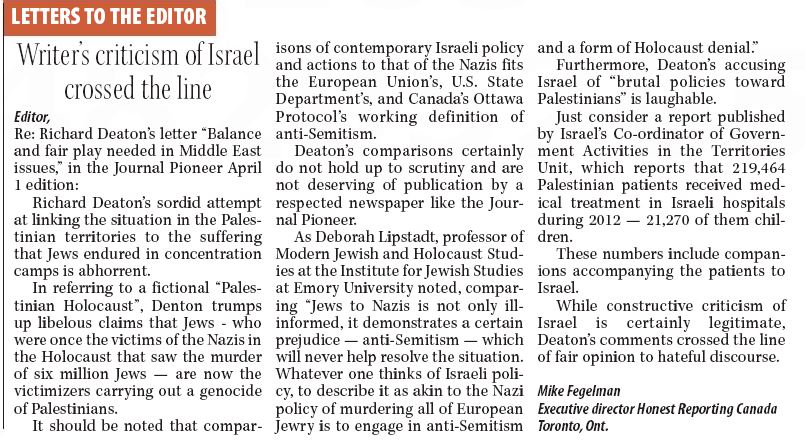