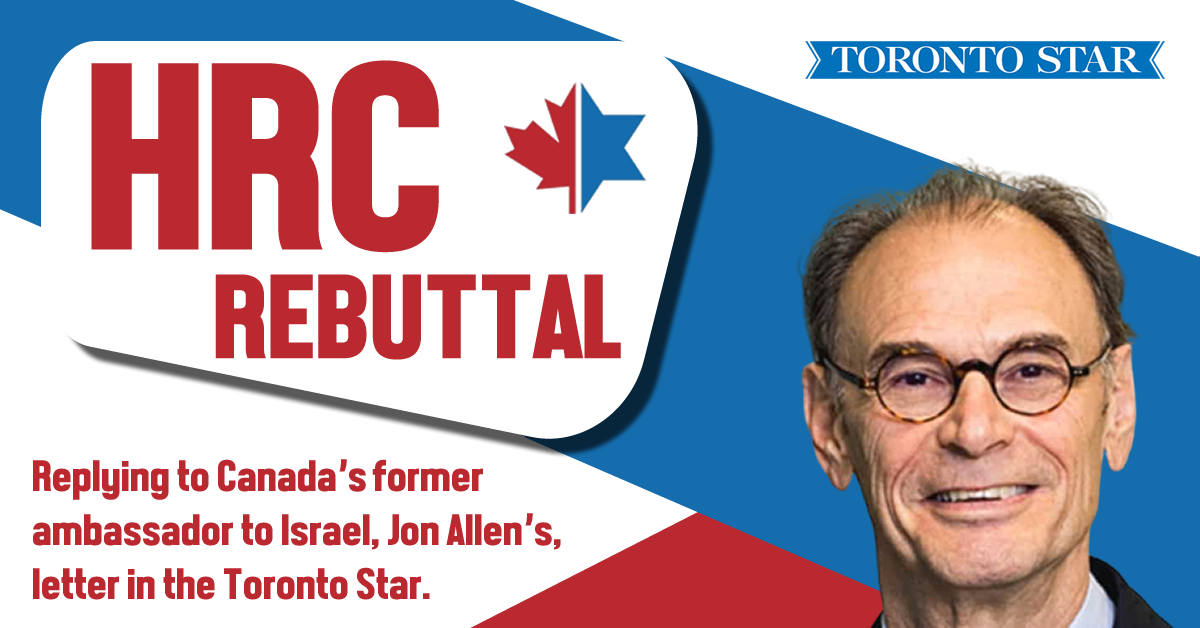 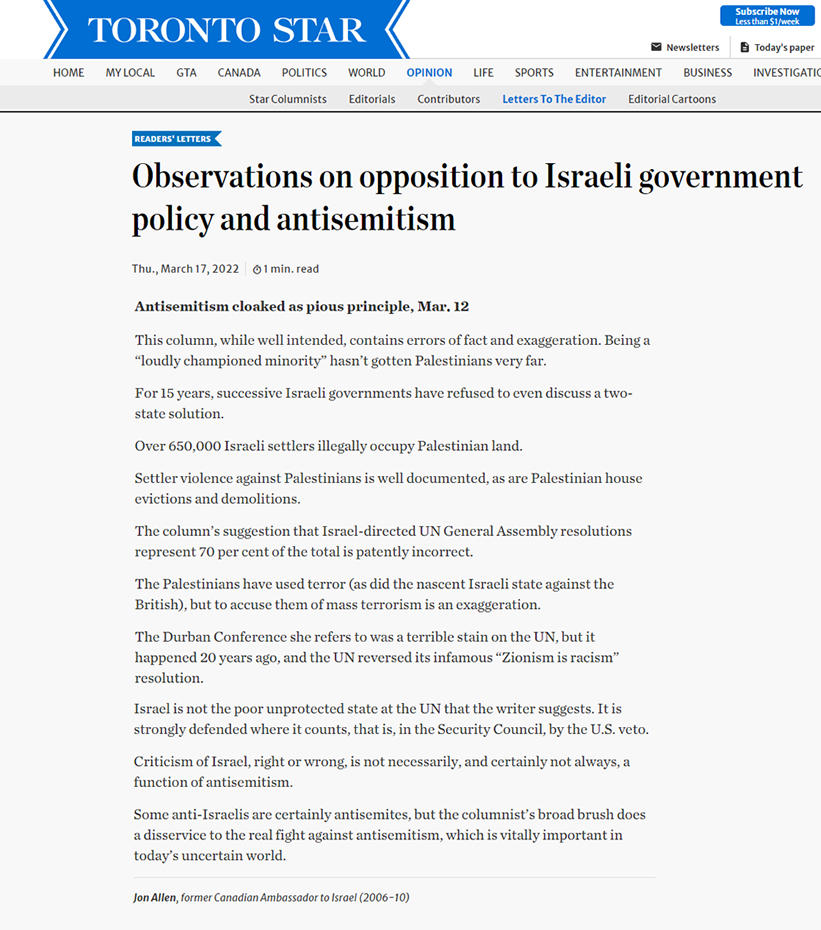 He claims that “For 15 years, successive Israeli governments have refused to even discuss a two-state solution,” but conveniently neglects that prior to his arbitrary cutoff date, in 2000, Israeli Prime Minister Ehud Barak offered the Palestinian Authority nearly the entirety of their official requests, only to be answered with a violent uprising. Since then, Israeli governments have continued negotiations with the Palestinian leadership, but have understandably been skeptical of the Palestinian commitment to peace, given the ongoing anti-Israel incitement which infests Palestinian civil society.

Allen also claims that “Over 650,000 Israeli settlers illegally occupy Palestinian land,” but the Jews who live in their ancient homeland of Jerusalem, Judea & Samaria are hardly illegal occupiers, either from the perspective of history or well established international law.

Most bizarrely, he argues it is untrue that “Israel-directed UN General Assembly resolutions represent 70 percent of the total.” Tragically, it is true; in 2021, the United Nations General Assembly passed 18 country-specific resolutions, of which 14 targeted Israel.

Israel has become a popular scapegoat in many circles, and anti-Israel misinformation is a big reason why. It’s time for it to stop.