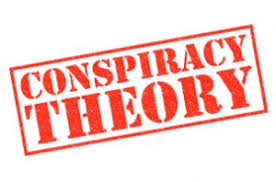 Our full letter is below:

Contrary to Glen Staples’ contention, there was no “Zionist seizure of Palestine,” nor is there any substance to the antisemitic conspiracy theory that Israel controls U.S. politics and politicians or that there’s a “Zionist manipulation of the fundamentalist Christian churches.”Despite the Jewish people’s continuous and unbroken physical presence in the land of Israel for over three millennia, Mr. Staples presents Jews as foreign occupiers of their own ancestral and biblical homeland.The Jewish people’s un-renounced legal and religious claims to their historic and national homeland – a claim recognized by the international community and enshrined in legal instruments by the pre-UN League of Nations and Article 80 of the UN Charter – is routinely met with antipathy by Canada’s journalists and Israel’s detractors. All too often, Canadian news outlets delegitimize the Jewish people’s historical connection to Jerusalem, Israel’s proclaimed capital. A land Jews have lived in for 3,000 years and the site of ancient Jewish temples. It was only during Israel’s War of Independence in 1948 (an unprovoked pan-Arab attack to destroy the nascent state of Israel) that Jordan captured and occupied the city until 1967, when Israel reunified and retook the eastern portion of Jerusalem. In the 19 years of forced exile, Jewish holy sites and homes were burned and destroyed, and Jews themselves were ethnically cleansed from Jerusalem.Upon liberation, the Jewish quarter of Jerusalem was rebuilt and Jewish life and reverence in Jerusalem resumed and continues to present day.Israel’s Basic Law of July 30, 1980, declares “Jerusalem, complete and unified, is the capital of Israel. Jerusalem is the seat of the President of the State, the Knesset, the Government, and the Supreme Court.”On Dec. 5, 1949, the Israeli government declared Jerusalem the capital of Israel. Even though some countries, including Canada, don’t recognize Israeli sovereignty over Jerusalem, and insist on the “corpus separatum” status of Jerusalem, most accept the validity of Israeli law.”